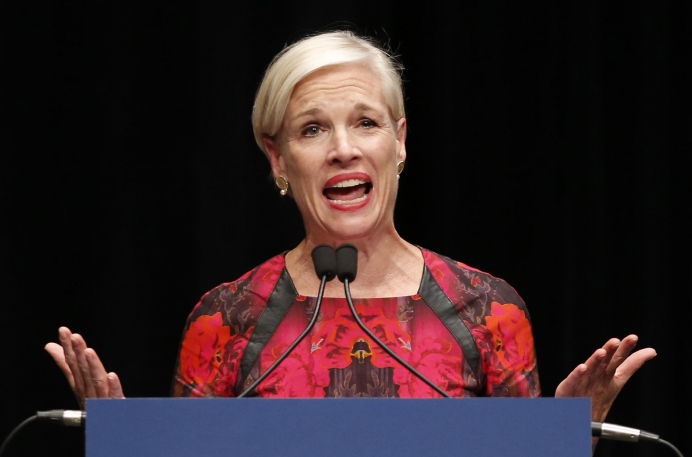 Let’s Stop with the ‘Abortion is Healthcare’ Nonsense

“We fight because ‘defunding’ hurts real people…” Planned Parenthood president Cecile Richards tweeted June 29 as part of an ongoing barrage the abortion giant is leading against Republican attempts to keep taxpayer funding out of its hands.

The daily outcry for Richards and so many following her lead is the claim that women will “lose” access to health care if Planned Parenthood is deprived of federal taxpayer dollars.

Yet, this is the very organization that admits in its own 2015-16 Annual Report  that abortion numbers were on the rise while healthcare plummeted. In just one year, Planned Parenthood performed 328,340 abortions. An average of about 900 abortions—day in and day out—900 boys or girls never given the chance to walk this earth.

Nine hundred moms, 900 dads, 900 grandparents that will never have the joy of what that little one will bring about in their lives. And that’s healthcare?

Scrolling through social media this morning, I came across memories I shared from years before. Those posts from years’ past brought me to tears this morning, as I became more and more burdened for whole families ripped apart by abortion.

I thought of the millions of women and men who are desperately searching for healing from past abortions. So many of them don’t even know that’s what they’re looking for in the first place.

Then a smile came across my face as I recalled an often-unseen army of caring hearts making a difference in real health care.

Three years ago, Abby Johnson shared an award on Facebook that a former abortion worker had received, celebrating a recent uptick in how many abortion clients the woman had brought into her clinic back in 2013.

It makes me wonder what kind of “awards” are plastered on walls of Planned Parenthoods across our communities for the increase in 2015-16. 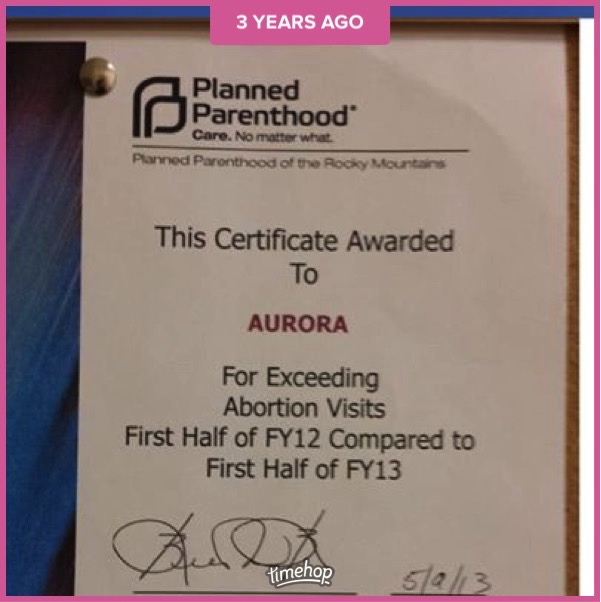 The Alan Guttmacher Institute, Planned Parenthood’s research arm, indicates on its website that in 2011 that some 46 percent of abortion providers offered very early abortions (at four weeks’ gestation or earlier, before the first missed period), as part of the 95 percent of abortions that take place at up to eight weeks from the last menstrual period.

Let’s say 95 percent of these abortions up to eight weeks were surgical, and apply that percentage to 2015-16 numbers. In my state of Tennessee, the average cost for a first-trimester surgical abortion is about $585. At over 300,000 lives (95 percent of all Planned Parenthood’s abortions), we’re talking $182 million dollars worth of income.

That’s running the numbers conservatively. Planned Parenthood claimed $306.8 million in the chilling named “Health Services Revenue” category. And it’s before you factor in taxpayer funding in the neighborhood of $554.6 million.

Of course, the issue isn’t about health care at all. The numbers speak volumes. Is this really what families deserve? A certificate plastered in an abortion business that commemorates them resorting to death?

It’s time that we as communities rise up and support the many pregnancy help and community health centers providing real care—the kind that cares for both mom and baby.

We are here to help, and we do so in love. That’s why non-profit pregnancy help centers out-number for-profit abortions clinics more than 3 to 1 throughout the U.S. We’re there to help every woman we meet make the healthiest choice for everyone involved in her unexpected pregnancy.

Regardless of what she chooses, we are there to love both her and her baby.

Many of our pregnancy help and community health centers provide this REAL care on shoestring budgets at no cost to the woman. Funded by communities that want to make a real difference in the lives they serve day in and day out.

Let’s focus on real care provided by real pregnancy help and community health centers, giving a gift that will carry on for generations. This is real health care. We are the pro-love generation.

Valerie Millsapps has served as the Executive Director of Pregnancy Resource Center in Maryville, TN since February 2014, providing emotional, practical, and spiritual support for women that face unintended pregnancies with life-affirming options. Once in that situation herself, she now lives with her husband and two girls in Tennessee. From one negative voice after the other, Valerie shares how we can overcome the voices that want to kill, steal, and destroy our lives by pointing it back to the Voice of Truth, the Holy Spirit, our helper. The devil calls us by our sin, shame, and guilt, but Jesus Christ calls us by our name: His beloved daughter or son. Overflowing with the hope we can all have in Jesus, Valerie is the recent author of the book, A Voice that Kills, that will help anyone going through past or present hurts to walk in the redemptive story that is waiting on them.