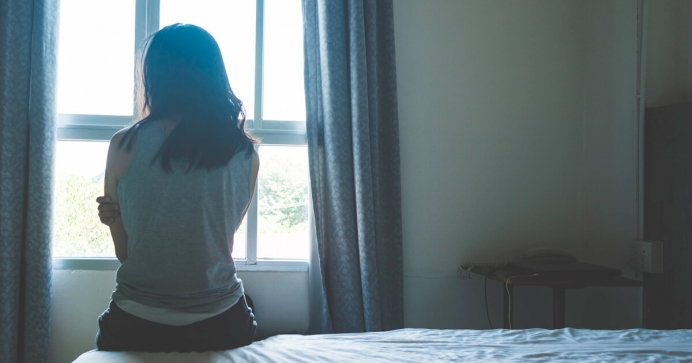 (Right to Life UK) A leading Scottish doctor has voiced opposition to the proposed extension of ‘DIY’ home abortions in Scotland.

Since the coronavirus lockdown, women in Scotland and across England and Wales have been able to take both pills required in a medical abortion at home.

Despite serious and mounting safety concerns, the Scottish Government launched a public consultation on whether ‘DIY’ home abortions should continue once there is no longer a significant risk of COVID-19 transmission.

Tweet This: Despite serious/mounting safety concerns the Scottish govt is asking the public whether ‘DIY’ home abortions should continue after COVID

The Isle of Harris GP spoke to the Daily Record about the multiple dangers which could affect women if ‘DIY’ home abortions are allowed on a permanent basis.

Chief among the doctor’s concerns was the possibility of women being coerced into an unwanted abortion. “One danger is that the woman is under pressure to have an abortion in an abusive relationship or from relatives who will not support her,” he said.

Dr Latham is also concerned women may be unaware of the risks involved.

“Significant bleeding and sepsis are not uncommon,” he says. “Another danger is she may not fully understand the trauma of having an abortion, potentially all alone, at home.”

And he has further fears that without any examination women may be getting the abortion pills for a pregnancy that is beyond the legal limit for such DIY abortions.

“There is already a report of a case where a woman at 28 weeks’ gestation took the pills and delivered a baby which subsequently died.”

He continued: “Deciding to have or not to have an abortion is such an important moment in a woman’s life. Any decision about this must be done only after unrushed face-to-face counselling…

“Anyone who examines the facts will want to ensure proper face to face counselling to support any woman who is making such a huge and life-changing decision.”

Sadly, Dr Latham’s concerns have been amplified by real life cases of women who have suffered complications and traumatic experiences after taking ‘DIY’ home abortion pills.

This week, a nurse revealed that she was left fearing for her life and needing emergency surgery after taking ‘DIY’ home abortion pills.

The woman is now considering legal action against Marie Stopes UK, who supplied her with the abortion pills, for clinical negligence after they failed to provide requested counselling and “rushed” her through the abortion process.

A number of other women have also come forward to share the serious problems they’ve experienced after taking ‘DIY’ home abortion pills.

One woman said she went through “hell” and thought she was going to die after taking the dangerous pills.

Another woman said the pain and physical process was “horrible” and “a lot worse than expected”.

A spokesperson for Right To Life UK, Catherine Robinson said: “The consultation is extremely one-sided.

“The Scottish Government appears to have repeatedly ‘cherry-picked’ anything that supports making ‘DIY’ home abortions permanent and ignored evidence highlighting serious issues with the schemes.

“For example, in the background evidence to the consultation, the Scottish Government makes the claim that ‘Statistics have been published for January to June 2020 for England and Wales, which do show the Covid-19 arrangements have led to more women having their abortions at earlier gestations…’.”

“While there has been an increase in the percentage of abortions prior to 10-weeks in 2020 compared to 2019, this appears to be part of a long term trend towards a higher percentage of abortions happening prior to 10 weeks, with year-on-year percentage increases happening each year for a number of years. The Scottish Government has chosen to not include this important context in the background evidence and then gone further by making the claim that ‘DIY’ home abortions have ‘led to more women having their abortion at earlier gestations’.

“The cherry-picking of evidence or views that only support introducing ‘DIY’ abortions is then repeated throughout the background evidence.

“This is clearly a rigged consultation which is seeking to make dangerous ‘DIY’ home abortion permanent in Scotland.

“We are calling on constituents in Scotland to make it clear to their MSPs that these dangerous ‘DIY’ home abortion schemes should be suspended immediately and not introduced on a permanent basis.”

Right To Life UK has launched an online tool allowing Scottish residents to contact their local MSPs and call for an immediate end to ‘DIY’ home abortions following the deaths of two women.

Editor's note: This article was published by Right to Life UK and is reprinted with permission. Heartbeat International manages the Abortion Pill Rescue and Pregnancy Help News.