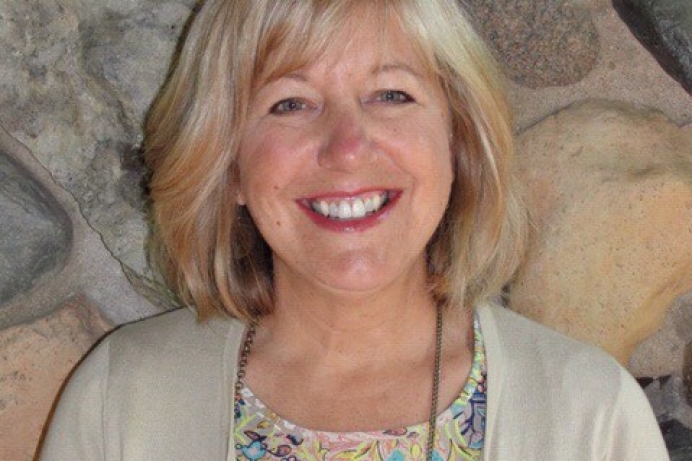 Laurie had an abortion in 1983, but it wasn't until five years later that she began to find healing through the Lord. After that, her relationship with Him, as well as her healing, would only deepen. Photo Courtesy: Laurie Haynes

Laurie Had an Abortion in 1983, But Has Found Deeper Healing Through This Pro-life Ministry

Laurie Haynes, director of post-abortion support and volunteer nurse at Living Alternatives Pregnancy Resource Centers, grew up in a religious home in Bourbonnais, Illinois. She believed God rewarded good behavior and punished bad behavior and believed in abstinence until marriage.

However, when Haynes went away to college, her once firm beliefs slipped into moral relativism. On the weekends, she drank heavily and began to lose her convictions about abstinence. She dated a man a few years older than her and eventually gave into sexual temptation.

Six weeks before graduating in 1983, Haynes found out she was pregnant.

Her boyfriend suggested they get married, but Haynes did not feel ready for marriage and a family. Besides, she already had a job and apartment lined up. Despite her religious background and education in fetal development as a nursing student, Haynes was convinced that abortion was her best option, even while feeling greatly conflicted because of her beliefs. And she did not want to disappoint her parents with the news of her pregnancy.

“My world just came falling down, you could say,” Haynes said. “I remember feeling just very, very scared and I felt very trapped.”

Although Haynes initially felt relief after her abortion because she thought her crisis was over, within a month, she felt intense remorse. Still, she tried her best to forget her emotions and move forward.

In 1984, Haynes met her now-husband Todd. As their relationship became more serious and they began to discuss marriage, Haynes’ guilt caught up to her and she decided to confess her past abortion to him. She was unprepared for his response.

Todd confessed to Haynes that he had also had an abortion in his past. He had gotten a girl pregnant several years prior and they chose abortion.

“Here we were ‘equally yoked’ with a common sin,” Haynes said. “What is interesting, I would say, looking back now is we really would not talk about it. We confessed that to each other and we both felt—we both knew—it was sinful, but we never really discussed it that I remember from that point forward.”

Haynes and Todd got married in 1985, and Haynes became pregnant with her daughter Meaghan a few years later.

“This was now what I wanted and the timing was what I wanted; I was married and I was in great circumstances,” Haynes said. “I do remember when I found out I was pregnant being very thankful that God had allowed me to get pregnant even after what I had done.”

Haynes had her daughter Meaghan in September 1988. At first, she felt great. But soon symptoms of generalized anxiety disorder and postpartum depression set in. Haynes experienced loss of appetite, trouble sleeping, and constant crying.

“I remember just knowing this was God’s punishment to me,” Haynes said. “‘I’ve had this abortion and what goes around comes around.’”

Haynes was filled with questions about who God was and why He was letting her go through this depression. At the same time, each of her older brothers, as well as her younger sister, had recently found Christ.

Haynes confided in her sister Mary that she felt like God was punishing her. In response, Mary shared with Haynes the truth that God loved her, sent Jesus to die on the cross to forgive her of her sin, and all she had to do was repent. Mary shared Psalm 103:12 with Haynes—“as far as the east is from the west, so far has he removed our transgressions from us.”

“It was at that point—I don’t know how else to describe it—the veil was lifted, and I could understand the gospel,” Haynes said.  “Before, it was intellectual, like ‘Jesus died on the cross for the sin of man.’ Now I could personalize it. It was nothing short of a miracle.”

In October 1988, five years after her abortion, Haynes got down on her knees to ask for forgiveness for her sin, to be set free from guilt and condemnation, to know Jesus as Lord and Savior and to have eternal life.

“The depression didn’t suddenly go away, but I knew in my heart and in my soul and in my spirit that I was born again,” she said. “There was no more guilt and condemnation from what I had done in 1983—allowing my baby’s life to be taken—and in place of it was peace and joy.”

Haynes and her family’s lives were set on a different trajectory. In 1991, her husband Todd accepted Christ. The same year, their son Nathan was born.

As Haynes grew in her faith, she began to share her story whenever there was opportunity.

After going on an evangelism mission trip to New York City in 2002, Haynes was inspired to get involved in ministry to share the gospel at home. It was perfect timing since she had stopped homeschooling her kids and had extra time to steward.

It was then she saw an announcement in the church bulletin for volunteers for the local pregnancy help center, Living Alternatives.

At the volunteer meeting, she learned that when volunteers meet with clients for pregnancy tests, they also ask permission to share the gospel with them.

“I thought, ‘This is perfect, I mean, with my past and my love for evangelism, I think this is a great fit for me,’” Haynes said, “I went through the volunteer training and started meeting with clients and loved it.’”

In 2008, Living Alternatives converted into a medical clinic which allowed Haynes to utilize her nursing education and license to perform ultrasounds as a volunteer nurse.

The organization’s mission statement says, “Living Alternatives is committed to saving the lives of unborn children by promoting life-affirming options and providing practical assistance, while sharing the gospel of Jesus Christ in word and deed, and to minister restoration to those who have been wounded by the trauma of abortion.”

Up until 2013, Living Alternatives would “minister restoration to those who have been wounded by the trauma of abortion” by inviting them to a Bible study or referring them to an outside ministry.

Over time, staff members and volunteers found that clients were not consistent in their attendance for the Bible study, and they never heard from clients again once referred to the outside ministry. Furthermore, they discovered that the leader of the outside ministry was no longer leading it. This drove Living Alternatives to look into other options.

As if by divine appointment, a woman named Judy Townsend joined the Living Alternatives staff. Post-abortive herself, Townsend had attended a healing retreat called Deeper Still.

As it turned out, Deeper Still was offering a training seminar at its headquarters in Knoxville, Tennessee in April 2013. Around seven Living Alternatives staff members attended the training and left with a strong sense that God wanted them to start a chapter in central Illinois.

Because Townsend was the only one on staff who had participated in a full Deeper Still retreat, she asked Haynes if she would go on a retreat as a participant as well.

“At the time I was thinking, ‘I don’t need to go, I’m totally healed, but I guess it would be a good idea for me to attend as a participant, especially if we’re going to start a chapter in Illinois,’” Haynes said.

Haynes registered to go to a Deeper Still retreat in Knoxville that October. Then, ten days before she left, her oldest brother took his life. Haynes felt emotionally drained in her grief when she arrived at the retreat, but she felt a supernatural peace from God as the leaders encouraged everyone on the retreat to rest and focus on their own healing.

“I had no idea what God had in store for me at my retreat,” Haynes said. “When I went, I did not just want to go as an observer. I thought ‘God, if you have something more for me as far as my healing, Lord, show me what it is,’ and He did. For the first time ever, I was able to grieve and reconcile emotionally and spiritually with my baby. Before, I had never thought about my baby—it was always the procedure and how traumatic it was. God let me understand that I had lost a baby.”

Townsend and Haynes were among the group that began the Deeper Still Central Illinois chapter, which had its first retreat in April 2014. Now, they have retreats twice a year in April and October, and over 100 women and men have attended, with over 170 unborn children memorialized. 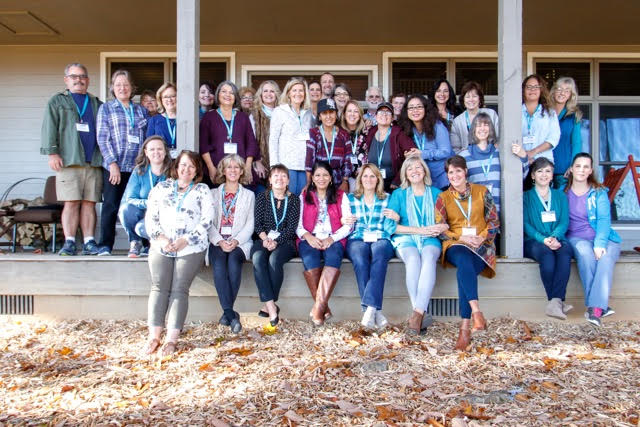 Deeper Still leaders from all across the U.S gather for a leadership conference. | Photo Courtesy: Laurie Haynes

Haynes encourages anyone who has had an abortion in their past to come to a healing retreat.

“On a scale of 1 to 10, before my retreat I would’ve marked myself as a 10 for healing,” she said. “I thought I was completely healed but God always wants to take us deeper—deeper into intimacy with Him, deeper in our healing, deeper in our knowledge of how much He loves us.”

Tweet This: “I thought I was completely healed but God always wants to take us deeper...deeper in our knowledge of how much He loves us.”