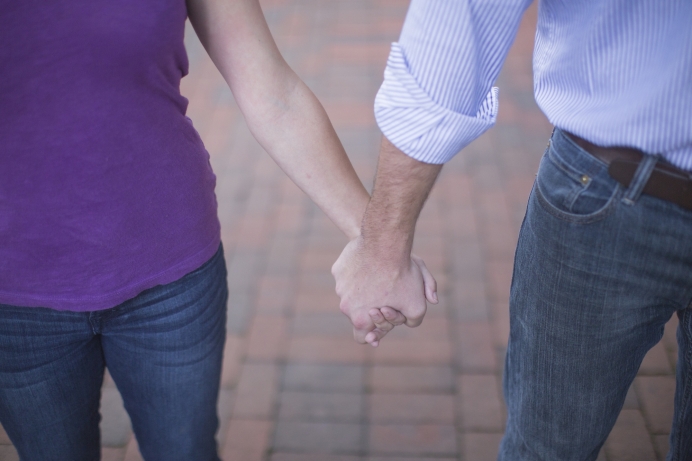 One of my pastimes is to read a sports site devoted to my alma mater, Auburn University. I cough up $9.95 each month for insider info on recruiting, team news, and for the “right” to post my comments on everything related to Auburn. It’s juvenile, I know. But it is my getaway place.

The other day however, a story linked on the site caught my eye as I think of our sexual purity initiatives (on a sports blog?) and the push back we receive from those who oppose us.

One of our site’s members (yes, there are more than just me) posted a story from the Boston Marathon, the tale of a 55-year-old female runner (Barbara Tatge) who, on a dare, jogged over and kissed a male spectator.

Tweet This: "Nothing but a kiss" is a fairy tale, and here's a story to prove it. @KirkWalden

How did this story get on a site dedicated to Auburn? Somewhere in the story, you will read that Tatge wanted to run the marathon in an Auburn University baseball cap, for whatever reason. She didn’t, by the way; her daughter could not find one for her. So you see the connection to an Auburn sports site, weak as it is.

Back to our story. There is a tradition that as runners go through the Wellesley area, the women of Wellesley kiss the male runners. On this day, Barbara’s daughter, Paige, turned the tables and dared her mom to go and kiss a Wellesley man.

"Before I could even think about what I was doing, my feet were making my way towards this tall, good-looking man,'' Tatge told TODAY.com. "He was a great sport. There was no discussion about whether it would be a kiss on the lips or the cheek. It just happened to be a kiss on the lips."

It took three kisses to get a good photo and as Tatge relates the story, the unknown man (she never got his name) yelled, “Call me!” as she left.

Tatge finished the race, then—single as she is—began thinking of the man she kissed. Was he single? Looking? Was there a possibility of connection?

Remember, this was just a kiss. In the midst of an athletic event. It was supposed to mean nothing. This was only done on a dare. No romanticism. No date. No closeness.

Within a few seconds of the meaningless kiss, Barbara Tatge was back on her way to finish a grueling 26-mile journey.

Yet days later, she was still thinking about the moment with a man she had never met before.

The story went viral as the search went on.

I know this is nothing but anecdotal evidence, but to me, this story tells me that when we tell young people that even something they are told is “nothing but a kiss” has an impact on a relationship, we are not foolish prudes.

A connection is made. Ask a 55-year-old runner about that, as she and her daughter went on social media, searching for the man who just happened to be standing on the sidelines of the Boston Marathon.

Barbara Tatge’s story has an interesting ending. The man she kissed is . . . married.

The man’s wife—asking to remain anonymous—wrote a letter to the Wellesley Townsman newspaper, which passed the letter along to Tatge. In the letter, the man’s wife says, "For me, I'm not mad. Believe me, our friends have gotten a lot of mileage out of this story and I have thoroughly enjoyed watching them give my husband grief!"

Tatge wrote back, complimenting the man’s wife for being a good sport and apologizing for any embarrassment caused by her search.

In the end, Tatge says she will likely run Boston again, but "moving forward, I'm going to revert to only kissing single men."

This column isn’t written to disparage Tatge, not in any way. She acted impulsively, which we all do at times, in different ways. This was simply a moment of spontaneity, an attempt to bring an element of fun to a great athletic event.

Tweet This: When we share that "just a kiss" can lead down unintended roads, we know what we're talking about. @KirkWalden

But doesn’t this story point out that a kiss is rarely, if ever, “just a kiss?” If a 55-year-old can get caught up in a seemingly throw-away kiss and begin thinking of the possibilities of a relationship, what about a 14-year-old?

Many will tell us we are crazy when we tell students, patients, clients or residents that a kiss means different things to different people, that sometimes we can read a lot into that one moment.

Barbara Tatge’s story has a safe ending. Apparently, all is well for her and for the man she kissed (although he likely has had some explaining to do!).

But when we share with those we see that “just a kiss” can possibly lead down unintended roads, we know what we are talking about.

Ask a runner in the Boston Marathon, who laughingly took on a dare from a daughter.