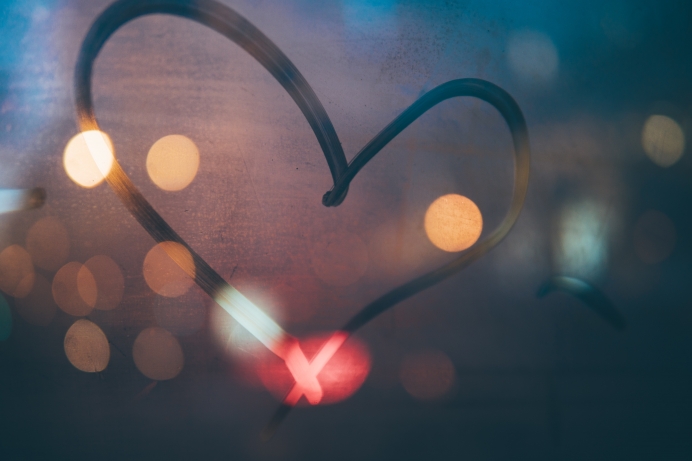 It’s okay to be Forrest Gump

Scrolling through my email inbox last week (and doing a lot of deleting along the way), a newsletter from The Epoch Times caught my eye.

As with so many of the e-blasts I receive, I have no idea how I got on the list of this e-newspaper. I’ve read some of their articles, and now they are faithful to get in touch every day.

I know, I know. All I have to do is “unsubscribe.” But I click on at least some of the content, so there’s that.

On this day, the headline was, “A Forrest for Every Jenny.” Written by Jeannette S. (she didn’t give us her last name), a marketing associate at Epoch. She ought to be a writer.

In the piece, Jeannette talks of our political climate in terms of the movie, Forrest Gump.

If you haven’t seen the movie (and you should), Tom Hanks plays a simple man, Forrest Gump, who lives a life of amazing experiences, triumphs, losses . . . and a love of Jenny, his childhood friend from the day they first met on a school bus in the 1950s.

As Jenny grows up, she chases freedom, excitement and loves of her own, always looking in the wrong places. She joins the hippie culture, the drug culture, the “free love” culture, the anti-everything culture and more.

Unfortunately for Jenny, her path--as Jeanette puts it in her column— “finds her used and abused multiple times, first as a sex worker and then as a girlfriend. While she experiences momentary freedom as a hippie, she eventually devolves into a groupie who steals from the musicians she sleeps with and hits her lowest point when she attempts suicide.”

Through all of this there is a constant: her childhood friend Forrest. Even through Jenny’s rejections, Forrest stays loyal.

Jeanette’s political point in her column? Her words:

2020 has shown me the destructive power of the forces that are working against our traditional values. Coming from a Communist country, I know that these forces don’t just destroy their enemies: they also destroy the same people who advocate for them.

My guess is, she’s writing of those who voted for perceived freedoms such as, “free college for all,” “guaranteed income for everyone,” “government-funded ‘reproductive rights,’” and more.

She’s concerned that while today her friends celebrate more “freedoms,” one day they may regret the political choices they’ve made.

In the meantime, Jeanette sees a mission to “be their Forrest . . . I have to be there for them with compassion and patience. I have to love them simply and selflessly. I have to stay firm in my own convictions and not give up.”

Our role as Forrest

There’s quite a parallel here for our work. We see many clients and patients who come back to us again and again. They are our Jennies. When they come in that second, third or fourth time, we’re given a choice.

We can be that ministry which is good at “laying down the law” for those who can’t seem to find a positive path, or we can choose responses full of patience, kindness, goodness, faithfulness—that kind of stuff.

These characteristics don’t require us to celebrate every behavior or decision. Instead, they free us to build relationships in the most difficult of circumstances.

Tweet This: Patience & faithfulness don't require celebrating every behavior/decision. They free us to build relationships in difficult circumstances.

There were times when Forrest defended Jenny against her abusers, times when he stood strong, opposing those with ill intentions. Forrest was no weakling or milquetoast man.

Forrest—simple as he was—somehow understood that for much of Jenny’s life, his opinion and his truths would fall on deaf ears. He had to wait until the time was right.

But in the meantime, his kindness and goodness would have to be enough.

Often, we’re in the same boat. We’re patient with those who pop in and pop out, on their way back to the same situation they brought in the door. We’re kind to those who see our views as outdated and stifling. And in every circumstance, we choose good. It’s who we are.

Some will tell us we must “stand for truth” when faced with these situations. Some who support us will ask why we don’t lay down the law (of God) on those who choose relationship paths quite different than what we might endorse.

This is when our work is not easy. Patience with those who keep making poor decisions is hard. Kindness to those who see us as backward-thinking isn’t easy either. But it’s what we do.

To keep in mind

One of the reasons Forrest Gump’s character is so endearing was that he always assumes the best about someone instead of opting for a critical view.

For instance, Forrest’s army Lieutenant, “Lieutenant Dan,” was a cynical, angry man when Forrest first met him. Yet, Forrest always saw the good in him waiting to come out. Spoiler alert, there was good in Lt. Dan—which we see later in the movie.

That’s us. We constantly look for the good, even when the situations we welcome into our ministries are full of fear, anger, resentment and cynicism.

In her column, Jeanette S. quotes from Forrest: “I’m not a smart man, but I know what love is.”

It’s a perfect line for us to remember.

In our mission, we don’t often have to be the smartest. But if we know what love is, we’ll be just fine.