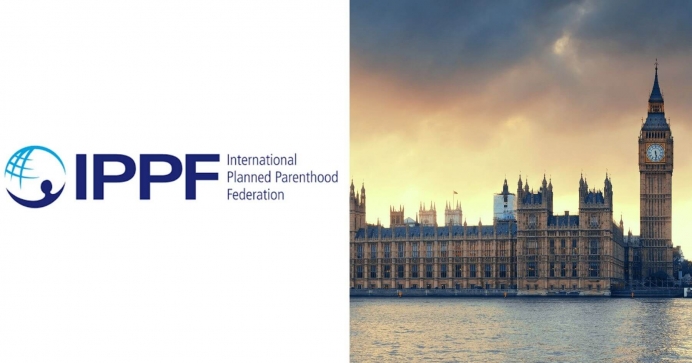 (Right to Life UK) The International Planned Parenthood Federation (IPPF) has announced plans to launch legal action against the UK Government regarding its decision to cut its foreign aid budget, which includes funding abortions in developing countries.

This follows the UK Government’s announcement in April that it will pledge £23m to the United Nations Population Fund (UNFPA) projects this year, as opposed to the initially pledged figure of £154m.

In November 2020, Chancellor Rishi Sunak announced his intention to reduce the UK’s commitment of foreign aid spending from 0.7% to 0.5% of national income, as a result of the financial pressures of the COVID-19 pandemic, and has insisted the cuts are temporary.

The decision was made following an Independent Commission for Aid Impact report that condemned the UK Government for favouring overseas aid spending on family planning, which includes the provision of contraception and abortion services, at the expense of strengthening the delivery of quality maternal care programmes.

The cut to spending follows years of successive Conservative Governments making large increases in the amount of taxpayer money they contribute to organisations that provide abortion.

In September 2019, the Conservative Government provided an additional £600 million of taxpayer money for overseas “family planning”, which included funding abortions. The pledge was the UK Government’s largest ever stand-alone spend of taxpayer money in this area and came on top of the £1.1 billion already pledged over a 5-year period beginning in 2017.

Polling from Savant ComRes shows that 65% of the British population are opposed to taxpayer money being used to fund abortions overseas.

IPPF claims that the government’s move to reduce aid spending without overhauling the International Development Act 2015 is unlawful, and have alerted the UK Government to its plans to push for an urgent judicial review of their decision to terminate the group’s funding unless the Government rolls back on the move.

A track record of scandal and exploitation

The UK Government was the single largest donor to IPPF in 2019, giving £46,616,000 to the organisation. It also receives assistance from the UNFPA, which UK funding contributes to.

In 2017, the US withdrew UNFPA funding after a state department investigation found evidence that the agency facilitates programmes of involuntary abortion and sterilisation in China.

In 2019, the UK’s then Department for International Development drew criticism for providing IPPF with £132 million in funding, despite the charity being under investigation after multiple accusations of sexual misconduct and fraud were made against the charity’s Africa regional director, accusations which have not been investigated.

The then Africa regional director, Lucien Kouakou, was reportedly dismissed in November 2018 after allegations of fraud and sexual misconduct were made against him. Kouakou then made a series of allegations that the charity had hired prostitutes for staff, donors and guests at official functions.

Many of the women and men involved in prostitution in Africa are illegally sex trafficked or forced into it due to poverty, including many underage persons.

The Kenyan Government made IPPF aware of ‘serious allegations’ against Kouakou and other officials six years prior to the 2018 investigation, but no action was taken.

In 2019, the Mail on Sunday received documents revealing a wide range of allegations including accusations that Senior IPPF officials took tens of thousands of pounds in expenses for attending meetings that never took place in Senegal, Ivory Coast and Togo. One senior manager received £91,000 and £92,400 in cash for ‘expenses’ at two of these meetings; Fraud such as spending £17,000 for translation services from a fake firm in Senegal and £15,600 on fees for schools in Ghana that did not exist. ‘Malpractice’ concerns also arose regarding a £1.04 million purchase of less than an acre of ‘swampland’. There were too, Allegations that Kouakou sent a ‘witch porn’ video featuring a snake and naked woman to a senior female staff member to intimidate her.

A spokesperson for Right To Life UK, Catherine Robinson, said: “These significant cuts to such a notoriously corrupt abortion provider such as IPPF is most welcome. However, it remains a scandal that the UK Government is using taxpayers’ money in this way to begin with. That a single penny of our taxes goes towards ending the lives of children in the womb anywhere in the world is a gross misuse of our money and abuse of government powers”.

“This move will likely be welcomed by the British public too, 65% of whom have stated they are opposed to their taxes being used to fund overseas abortions”.