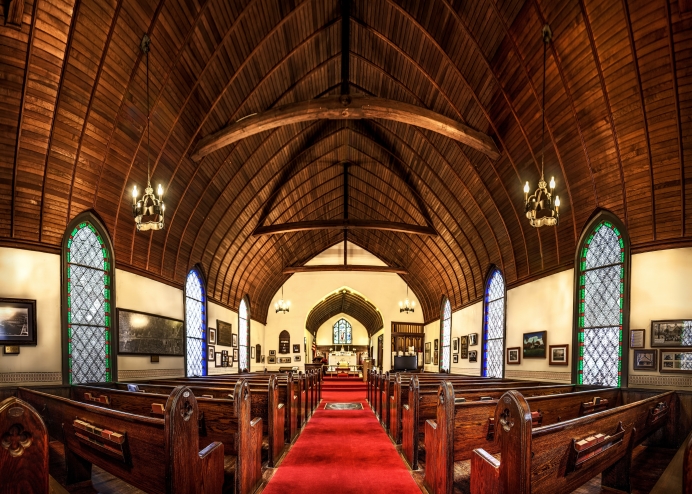 The overturn of Roe v. Wade was a wake-up call to teach and apply a Biblical view of abortion

(WORLD) After the Supreme Court overturned Roe v. Wade on June 24, some attendees at Trinity Bible Church in Phoenix, Ariz., liked and share statements on social media that concerned Pastor Malachi Tresler. He said the posts repeated talking points from abortion supporters: that the Supreme Court was legislating morality or that the members were personally pro-life but did not want to tell other people what’s right for them. The posts showed Tresler that some in his congregation of roughly 260 people didn’t have a Biblical view of abortion.

“It started to become more clear in a new way that hadn’t really been clear before, that maybe we haven’t done a great job on teaching what the sanctity of human life is,” said Tresler.

Meanwhile, abortion dominated the news, and other Trinity Bible Church attendees asked how they could get involved. So, in the weeks following the opinion in Dobbs v. Jackson Women’s Health Organization, leadership at the church began to make changes. Tresler planned a Sunday school class about the sexual revolution. The missions team tripled the church’s existing giving to Choices, a local pregnancy center. He invited the center’s church liaison to speak during a Sunday morning service in September. Later that month, an Arizona law protecting babies from abortion took effect. (A judge blocked its enforcement again on Friday). Tresler said he contacted the people who posted the concerning sentiments on Twitter. So far, he hasn’t heard back.

Tresler’s church is one of many making changes following the overturn of Roe v. Wade in June. The national pregnancy center group CareNet annually surveys its affiliate pregnancy centers. While the data for 2022 is not yet available, chief outreach officer Vincent DiCaro said CareNet has heard from several centers that church partners have expressed greater interest in helping in recent months. The politicization of abortion has historically kept many churches silent on the topic. But in the new, post-Dobbs landscape, churches are getting more involved in the pro-life movement and approaching it as a Biblical issue, not a political one.

Eric Jones is a pastor at Evident Life Church in the Phoenix area. He said the church has for years given financially to local pregnancy centers, including one in the same network as the Choices center that Tresler’s church supports. Church members have also volunteered at the centers. Jones said the church’s most consistent area of support has been prayer. But now, Jones said his church has agreed to join a new program hosted by the pregnancy center that he said would help his church be more strategic about helping people facing crisis pregnancies. When a female client at the center expresses interest in help beyond the pregnancy center’s services, the center would refer her to Evident Life or another partnered church, and that church would assign a female attendee to befriend and serve the client directly.

Tweet This: Churches are seeing the need to teach a Biblical view of abortion, step-up to pregnancy help post-Dobbs

Marc Burmich is the CEO of the pregnancy center network Tresler and Jones’ churches support. He said this new post-Roe reality has brought with it an increased number of clients seeking abortions. While the centers used to see one or two women a week who said they intended to abort, they’re now seeing about two a day.

The number of volunteers has also increased, largely thanks to local churches. Burmich estimated that at least 90 percent of all his centers’ volunteers hear about their center through their church. Lately, he said, the interest pastors at many churches have shown in speaking about abortion to their congregation “has almost done a complete 180.” Before Dobbs, he saw trepidation among pastors who seemed to feel they lacked adequate education to discuss abortion—or thought it was too politically divisive.

“But since the overturning of Roe, that’s changed dramatically to where the churches want to get engaged,” said Burmich. “It’s starting from the pastoral staff. They’re seeking education. They’re ready to talk about it.”

Marcia Marron directs two pregnancy centers in Lake County, Fla. During her initial training to prepare to become director of the Life’s Choices Women’s Clinic in 2006, CareNet told her that talking to churches was a key to raising money for pregnancy centers. She thought it would be easy.

“I was amazed at how many churches I couldn’t get into, how many people would not speak to me about it,” she said. “And honestly, that has probably been the hardest part of my job.” The deterrent seemed to be the political nature of abortion.

Over the years, though, she said her center made changes to incorporate more church involvement. She emphasized that abortion was not just a political issue, but also a moral and Biblical one. Churches began to see the pregnancy center as a local mission. Marron said her centers now have a total of 10 churches participating in the their client discipleship program and almost 50 that give financially.

But Dobbs still changed some things. For the first week after the decision, Marron said supporters contacted her centers celebrating that they could now close thanks to the victory in the Dobbs ruling. Marron and other staff had to clarify that the battle over abortion is still ongoing in Florida, where babies are only protected after 15 weeks gestation and where, with or without legal abortion, women would still need their help. She said the day of the Dobbs decision, she and her board hired armed security to patrol the centers for the weekend.

Since then, the center has received more large financial gifts than before—some from individuals who had never given and one from a local church that wasn’t even on its mailing list. People who called thinking the center would close showed up at a six-hour volunteer training in September at one location. At the other location, they had prepared for 15 people to show up, but 20 came. Marron said normally about half of the attendees at training would show up for the interview process to potentially become a volunteer. But of the 20 at the location’s September training, 15 people signed up for interviews.

Back in Arizona, Tresler said he hopes the changes to emphasize a Biblical view of abortion at his church will encourage more people to volunteer at their local pregnancy center or get involved in other ways to combat abortion. While he said his church hasn’t avoided the topic of abortion in the past, he sees how the leadership’s approach to ministry may have inhibited a full treatment of the subject. “We don’t want to be known for a political stance,” said Tresler. “We want to be heralds of the gospel.” But he said he realized addressing the topic more intentionally was crucial for equipping the Christians in his church to minister in their communities.

“I recognized that we were going to need to start in terms of discipleship, helping people understand that the pro-life stance is not first and foremost a Republican talking point, and it’s not a conservative identity marker,” Tresler said. “It’s a Christian virtue.”