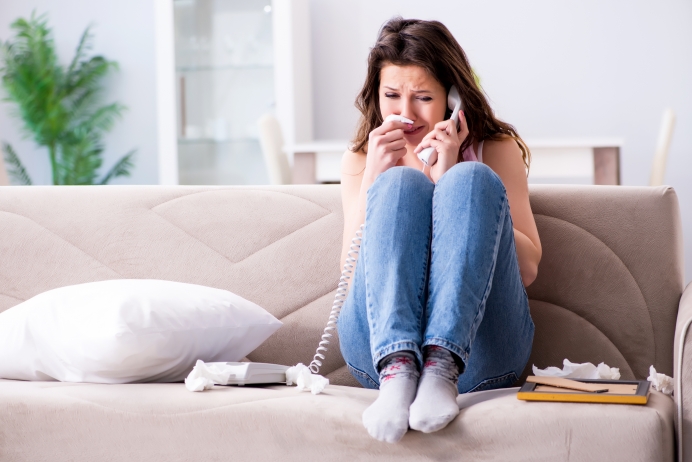 If You Have Two Eyes and Half a Heart, You Know Post-Abortive Trauma is Real

Reading John Ensor’s article on the abortion doc who may be re-evaluating his thinking on why he is in the life-ending business (it’s a great read—check it out) reminded me of a moment when I came face-to-face with post abortion trauma, perhaps for the first time.

She was a college student, a client in for a pregnancy test at the center where I once served. As she waited for her results, we began talking and she brought up the fact she had an earlier abortion. “Tell me about it,” I said. “Did you experience any after-effects?”

I was trying to be open-ended with my question, to see what she might say. I knew statistics. What I didn’t know was about to surprise me.

Fortunately, I said nothing. This was not a time for argument or even more questions. Maybe it was the Lord reminding me (as He does often) that my best response is usually to keep my mouth shut.

Her pregnancy test came back. It was negative. For her, a crisis averted. She could go back to class without worry.

But we had a chance to talk again. “You mentioned everything went okay with your abortion,” I said. “I don’t hear that often.” Again, trying to be open-ended. No reason to fight about it if this was her perception.

She looked at me. In her eye, a tear began to form.

“They gave me a valium before I even signed the consent form,” she blurted out. “They just ran me through like I was a number. No counseling, no nothing. They just kept pushing all of us through to the next station until we were done and they sent us home.

“It was awful,” she continued. “I don’t think I could ever do it again.”

How things can change in a matter of minutes. Before receiving her test result, abortion was okay; no big deal. Was it because she knew she was considering the same option again?

Before seeing her results, I wonder if she felt forced to see abortion as a positive, empowering decision.

But after the test, without having to worry about a pregnancy, the truth poured out.

I’ll never forget her closing words regarding her abortion. “I still have her due date circled on a calendar,” she told me.

Tweet This: "Any person with 2 eyes and half a heart can see trauma from past #abortion is real." @KirkWalden #prolife

The abortion was more than a year earlier, and she still had her baby’s due date—she believed it was a girl—written as a forever memory.

(Before I write a closing sentence, a disclosure: I’m a guy. Because of this fact—which I have no intention changing—I don’t know anything about how a woman relates to her child who is waiting to be born. Thus, I can’t speak to female bonding with pre-born children and don’t pretend to be an expert.)

But now that I’ve given my caveat, here goes: If anyone tells me trauma from a past abortion is a made-up myth propagated only by pro-life zealots, that person is a fool; a denier of simple facts.

Any person with two eyes and half of a heart can see trauma from a past abortion is real. The friend I met in our offices years ago is hardly my only example of this; any of us could come up with dozens of such examples in minutes.

Yet her example is a salient one, because without prompting on my part, I saw a switch in her based on her circumstances. When she believed she might be pregnant, she was guarded about abortion and its after effects, knowing she might "choose" this option again.

But once freed from worrying about what to do about a pregnancy, she could be honest with herself—and me—about what she really experienced at the abortion center and about the pain she faced in her own life because of the decision.

My friend was real with me, and that’s all we can ask of anyone in her situation. Because she was real, I got to see the truth. Thankfully, the pregnancy help community sees this truth and provides hope and solutions.

Those in the abortion lobby, many in the medical profession such as psychologists, and even the media may deny this. Our mission is to affirm, to listen and to offer the hope that comes through forgiveness. And for so many who have found this hope, life is new again.

And no one can deny that.