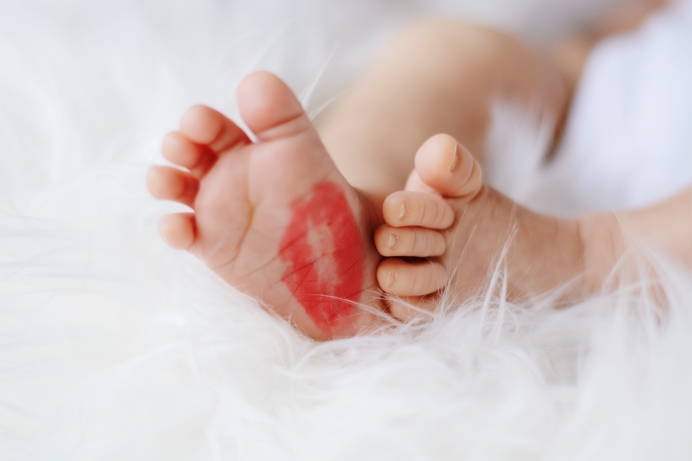 “If it weren’t for them, my baby wouldn’t be here”- mom says of Abortion Pill Rescue Network

A mom who took the abortion pill and regretted that choice is ‘eternally grateful’ to the Abortion Pill Rescue® Network (APRN), because it was with the crucial help of the APRN that she was able to successfully reverse her chemical abortion and deliver a health baby boy earlier this month.

Judith was like many moms – unsure in the decision to abort her child - and like many moms she experienced regret upon starting the chemical abortion process.

But she found the APRN, and a pregnancy help organization (PHO) and received from both what she said was just what women in this situation need – help and positive encouragement. And now Judith is telling other moms who may find themselves having started a chemical abortion and experiencing regret to stop and seek help - there is hope for another chance to save your child.

“I look at my baby and say, “Wow, to think I was going to end his life,” she said, “but thankfully I didn’t and was given a second chance.”

“I am so glad and eternally grateful for this (APRN) website because it saved my baby’s life and mine,” said Judith.

“So, if you’re contemplating whether you should continue the process of the abortion; don’t,” she said. “Seek help.”

The misoprostol, taken a day or so later, causes the woman to have contractions, and if the abortion is successful, deliver her deceased child. If the chemical abortion is not successful, she would then be faced with continuing pregnancy or possibly seeking a subsequent surgical abortion.

If a woman who has started a chemical abortion and experiences regret acts quickly enough, it may be possible to save her unborn child with Abortion Pill Reversal (APR).

APR is an updated application of a treatment used since the 1950s to prevent miscarriage. It entails prescribing bioidentical progesterone to counteract the mifepristone. APR must be administered before taking the second abortion drug.

Best results occur when the APR protocol is initiated within 24 hours of the woman taking the first abortion pill, however, successful reversals have occurred as long as 72 hours after the pregnant mom took the mifepristone.

The Abortion Pill Rescue® Network (APRN), managed by Heartbeat International, is made up of some 1,000-plus medical providers and PHOs that administer APR 24/7 internationally.

More than 2,500 lives and counting have been saved thanks to the APRN.

“I felt so cold and wrong after taking that pill,” she said.

Tweet This: “I felt so cold and wrong after taking that pill” - mom who successfully reversed her chemical abortion, speaking about the abortion pill

“I got someone on the phone that was so nice and helpful, also encouraging and positive - which is what a woman needs during a time like that,” she said.

It was 12 a.m. and there wasn’t anyone to prescribe her progesterone at that moment, but she was told that first thing in the morning someone would call her.

“I had not slept for hours,” she recalled, “crying and waiting for this call.”

“The organization they connected me with was beyond exceptional,” Judith said of the PHO. “They helped me through the process and although it was a 69 percent chance it would work, I had faith it would. And it did.”

She remembers being told by the abortion doctor - because she was so unsure about her decision - that “once you take the first pill, there’s no coming back from it.”

Judith said she spent two hours in the clinic contemplating whether to do it before finally going through with the chemical abortion.

“One piece of advice I can give,” Judith stated, “if you’re unsure, don’t do it.”

Luckily, she encountered the APRN site, she said, because what the abortion doctor told her was not true.

Judith read all the testimonies on the APRN web page and felt confident that she too would have a success story, and she hopes that anyone that encounters her testimony makes the right decision for themselves.

She said that the decision to try reversing a chemical abortion is the best one a mom can make.

“If you are scared as I was too, have faith,” Judith said, “that the decision to retract what you did will be the best one you ever make in your life.”

To other pregnant moms who have taken the first abortion pill and are on the internet searching for others in that position, she says, “know that you’re not alone. Call this hotline for help.”

“I will forever and eternally be grateful to the creators of this website,” Judith said. “If it weren’t for them, my baby wouldn’t be here.”

Tweet This: I will forever & eternally be grateful 2the creators of the Abortion Pill Reversal website. If it weren’t for them, my baby wouldn’t be here