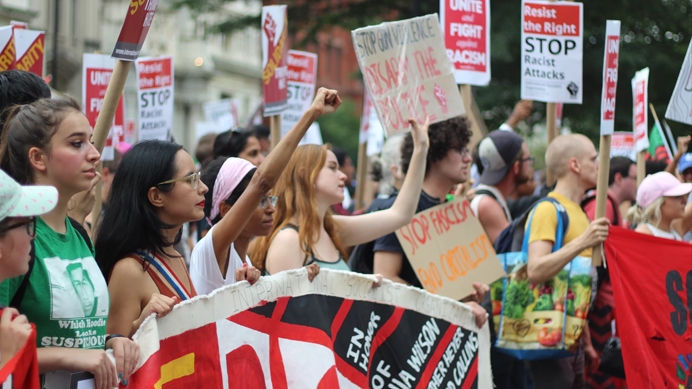 Hypocrisy at Its Finest

Over the weekend, the Unite the Right 2 rally was held in Washington D.C. With mere dozens in attendance for the rally and thousands on-site in counter-protests, D.C. prepared for weeks to ensure the safety of all present. During these preparations, Airbnb, Lyft, Uber, and area restaurants made statements declaring they would allow denial of service to those attending the rally.

"If they ever feel uncomfortable or disrespected by a passenger, they can cancel that ride," Lyft said in a statement.

Many took to Twitter on Friday to celebrate the fact that these companies were standing up for their moral beliefs, commending them for making such bold statements.

Uber and Lyft told drivers in Washington, D.C. that they have the right to refuse service to people attending the white supremacist "Unite the Right 2" rally, reports @washingtonpost. pic.twitter.com/T5jCOTE8tU

But this got me thinking… How is this denial of service any different than Masterpiece Bakery?

A baker, Jack Phillips, declined to make a cake for a same-sex wedding in 2012 based on his moral beliefs. Phillips was shunned, sued, and his business was attacked by those in disagreement.

But didn’t he do the exact same thing that Airbnb, Lyft, and Uber did?

In this case, there are thousands of organizations across the country that oppose abortion based on deeply held moral and religious beliefs.

Yet some states and cities have tried to strong-arm these pregnancy help organizations into advertising for abortions—a clear violation of their First Amendment free speech rights, which the Supreme Court put a stop to this June in NIFLA v. Becerra.

Tweet This: You can’t have it both ways. You either can refuse to serve someone based on moral beliefs or you can’t. #prolife

Ultimately, it all comes back to choice.

Oddly enough, the so-called “champions of choice” often end up at odds with it, not only for business owners and non-profits, but for the women they claim to serve.

On the other hand, the Abortion Pill Reversal process simply utilizes an FDA-approved remedy for preventing miscarriages that has been used for more than 50 years to help women stop a chemical abortion via the Abortion Pill.

Applied up to 72 hours after a woman takes mifepristone—designed to kill a baby ahead of the second, labor-inducing pill in a chemical abortion—Abortion Pill Reversal gives a woman one last chance to choose life in a procedure that now accounts for as many as 40 percent of abortions throughout the U.S.

If these people are truly “champions of choice,” shouldn’t women have the right to choose to continue their pregnancy and have their babies? If so, why do they fight to silence nurses on this life-saving process?

Again, you can’t have it both ways.

I understand that we have our own beliefs. Some we will agree on, some we won’t. However, when we start celebrating people today for doing the same thing we condemned yesterday, we have a problem.

We need a little more consistency in our culture and a little less hypocrisy.