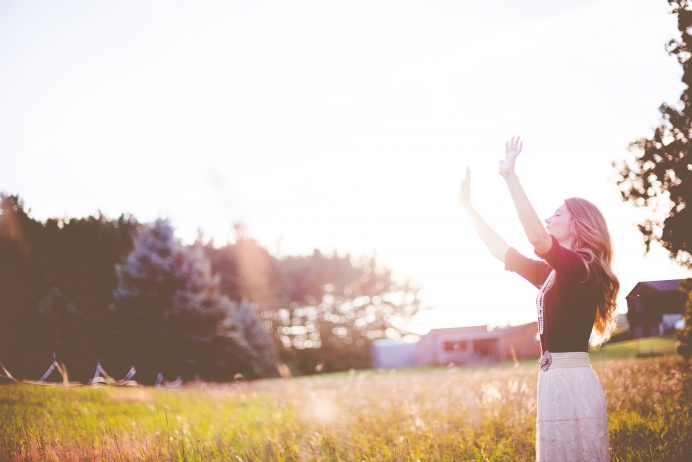 How the Conflict over Abortion is really about Worship

I’ve been pro-life for as long as I can remember. Raised in a Christian home, active in churches that upheld the sanctity of human life, I always understood abortion is wrong.

Over the years, however, the foundation for my pro-life ethic has been fortified by a more robust understanding of why abortion is wrong.

Due to spiritual, intellectual and theological growth, I’m more pro-life than ever.

Perhaps you’re on that journey as well.

In seeking to strengthen our conviction regarding the sanctity of human life, let’s consider the role of understanding when it comes to personal motivation.

Have you ever been told to do something, but given little or no explanation as to why? Did your lack of a clear reason for the job help motivate you to do it?

Passion is linked to understanding. A clear and well-developed understanding of the theology behind the life-affirming mission helps us accomplish that mission.

It strengthens us when we encounter the inevitable opposition, trials, and hardships which come with the territory.

In light of our need for a well-grounded “why” regarding our work, here’s the most foundational reason for pro-life ministry: According to the Bible, protecting the unborn is a deeply significant act of worship to God.

Let’s start with the fact that God forbids the shedding of innocent human blood. This command is established after a flood covers the whole earth, leaving only Noah and his family alive.

When God gives this command to Noah, He also explains the reason for it. (Evidently, He knows when His children understand the “why” behind a rule,  we’re more motivated to carry it out.)

“Whoever sheds human blood, by humans his blood will be shed, for God made humans in his image.” –Genesis 9:6

This passage echoes the very first chapter of the Bible:

“Then God said, ‘Let us make man in our image, according to our likeness. They will rule… the whole earth...’ So God created man in his own image; he created him in the image of God; he created them male and female.” — Genesis 1:26-27

In the Septuagint, the ancient Greek translation of the Old Testament, this word “image” is translated “eikon,” from which we get the English word “icon.”

In ancient times, rulers would set up images (icons) of themselves in areas over which they had dominion so that in their absence, everyone understood who was in charge.

God created humankind as His image-bearers—His icons. Created in the imago Dei, we are His representatives, tasked with carrying out His rule on the earth.

What does it mean when an icon is removed?

Think back to the spiritual cycles of the Israelites in the Old Testament.

They would promise to serve God, but then eventually would set up images of false gods and worship Baal or Ashtoreth or whatever idol of the day. Then revival would sweep the nation and they would tear down their idols and destroy them.

By striking down icons of false gods, the Israelites made a statement that they would no longer worship those gods, but would return to worshipping the one true God.

In his timely and much-needed book titled The Dignity Revolution, Daniel Darling puts it this way, “Violence against a fellow human is a direct assault on the authority of God. To strike at an image-bearer is to strike at the One in whose image that person was created.”

It makes no difference whether that image-bearer is born or preborn.

Abortion is not about women’s rights. It’s about worship.

Tweet This: Abortion is not about women’s rights. It’s about worship.

At the root of all the conflict and turmoil concerning abortion in our nation, what we’re wrestling with is a deeper “choice” than we realize.

The real choice regarding abortion is this: will we worship God, or will we strike down His image-bearers in rebellion toward Him?

This profound choice applies to us as a nation in terms of the laws we create and enforce. It also applies to individuals considering abortion.

Of course, most folks distressed by an unplanned pregnancy do not see things in this light—nor would it be helpful to explain the theological ramifications of abortion to them. Imagine telling a despairing person who is about to end their own life, “Let me explain to you why suicide is wrong.”

No, the reason we need to understand this truth about abortion and worship is for our own understanding, in order to strengthen our resolve to continue this great work.

In a chapter titled “The Littlest People,” wherein he praises the work of PRCs, Daniel Darling goes on to say, “To be pro-life is a way of life. It is an approach that moves us to lend our voices, our prayers, our influence, and our resources to come alongside those whose flourishing is being threatened and whose dignity is being assaulted.”

The work done by pregnancy centers and other pro-life organizations makes a powerful statement. As we give ourselves to the task of protecting God’s most vulnerable image-bearers, our actions say, “God, You are the only One we worship.”