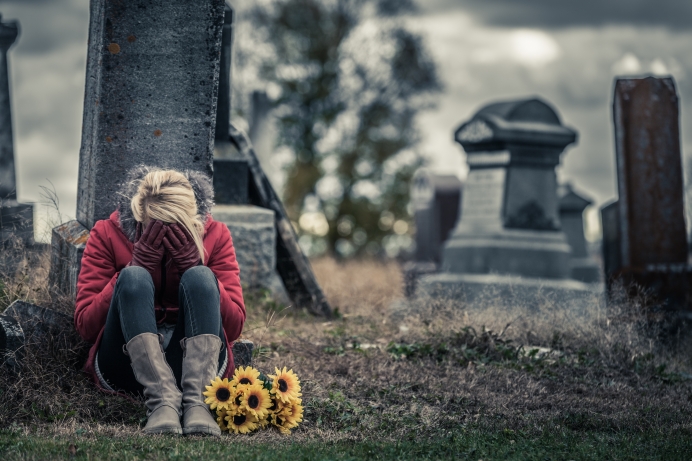 How Pregnancy Loss Exposes Abortion’s Elephant in the Room

Years ago, as I drove my three young boys across town one day, an image randomly popped into my mind. I saw a bedroom with three regular-sized beds in it. Along one wall stood two tiny additional beds. All the beds were made up in plain white sheets.

I pondered the picture for a moment, puzzled. Then reality hit like a ton of bricks.

I began to weep, thankful for the sunglasses which hid my tears. I didn’t want my boys to worry about me, but I needed to grieve.

I’d had a second miscarriage not long before. The two little beds in my mental image represented babies lost during pregnancy—children we never got to meet, but whom we very much missed (and still think of and talk about to this day).

Now that we’re in the grandparent stage of life, we’ve experienced the pain of miscarriage again, this time a generation removed.

Last fall, we were looking forward to celebrating the birth of twin grandsons in the spring—but at eighteen weeks gestation, one of them died. Our other son and daughter-in-law have suffered two miscarriages within the last year as well.

As anyone who’s experienced pregnancy loss knows, the pain is real, deep and often difficult to navigate. It’s a different kind of grief than losing someone you had a chance to get to know.

It’s the loss of dreams and what might have been. It’s the grief of not being able to get to know that daughter or son by seeing, hearing, and holding her or him.

Miscarriage means the loss of a real human being.

Tweet This: Miscarriage means the loss of a real human being.

It’s this point in particular which makes much well-intentioned “comfort” difficult to receive after pregnancy loss. Comments like, “You can always have another one,” or “There was probably something wrong with the baby,” are unhelpful.

Why? Because no baby replaces another baby. And no person is worth less than another person, regardless of circumstances.

Pregnancy loss hurts because of the reality that a particular person is no longer among us. A girl or boy was present on the earth, albeit hidden in the womb, and now he or she is gone.

The mother of the miscarried child is most deeply affected—but a whole circle of people feel the pain of loss, too. (One day, I discovered a poem on my computer which was written by one of my sons, an ode to the sister he’d lost years before.)

This is the reality which abortion proponents wish to minimize, ignore, and cloak in euphemisms. The elephant in the room is the truth that, inside every pregnant woman, a unique human individual lives and grows—someone who can never be replaced.

In other words, the elephant in the room is not an elephant at all. It’s a human being.

Contrary to such denial, the work done by pregnancy centers demonstrates a profound respect for the sacred process which happens during our nine months in utero.

We understand that the human womb was meant to be the ultimate sanctuary. We acknowledge an authority greater than our own when it comes to human life. We recognize that life is not accidental or meaningless, but quite purposeful from a divine perspective.

“For it was you who created my inward parts; you knit me together in my mother’s womb. I will praise you because I have been remarkably and wondrously made. Your works are wondrous, and I know this very well. My bones were not hidden from you when I was made in secret… Your eyes saw me when I was formless; all my days were written in your book and planned before a single one of them began.” –Psalm 139:13-16

As Christians who believe in God’s creative power and great compassion, we have all the permission we need to grieve preborn children we have lost—as well as to mourn and honor babies we know of who have been lost to abortion.

We understand that pregnancy loss results in deep sorrow, no matter how it comes about. We also understand that women who have experienced the particular guilt and grief associated with abortion especially need mercy and healing.

The loss is real. The pain is deep.

Tweet This: Pregnancy centers understand that women who have guilt and grief associated with abortion need mercy & healing. The loss is real.

Pregnancy centers stand at the ready, helping women gain the hope they need to carry their children to term, comforting them if they lose a child, and offering healing from past abortions.

For us, there is no elephant to ignore—just real people to value.

Here’s a closing thought from Unleashing Your Courageous Compassion: 40 Reflections on Rescuing the Unborn:

A verdict has been reached: you

are a problem which cannot be overcome.

We have a legal solution for these

dilemmas; we invade your

and pull you out of this world.

You have dark brown hair with a cowlick

in the front, and blue eyes that sparkle

with mischief. You are always late for soccer

practice and leave your jacket everywhere.

You love your puppy, a once-stray yellow

Lab you insisted on keeping. You speak

with the trace of a lisp and your easy laugh

bubbles out often; your energy thunders

down the hall, echoing your insatiable zest

you were not expected, and the shock

of your existence is too much to bear,

therefore you have been scheduled

You are one of the unfortunates,

not allowed among us,