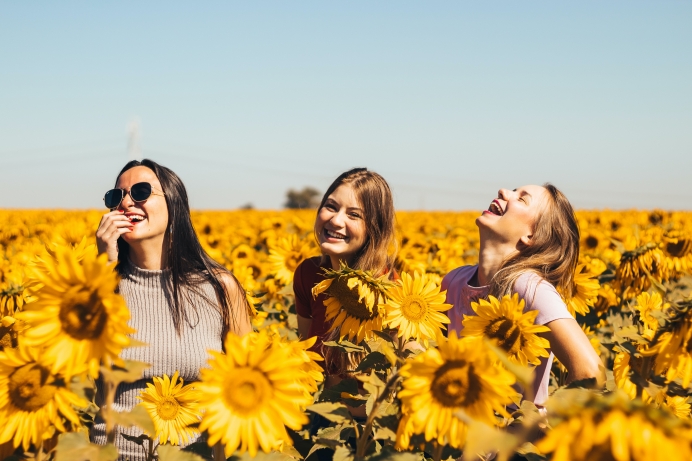 The young teen tucked a strand of blonde hair behind one ear as she shared her story. “Emily” was homeless, along with her mentally ill mother. Pregnancy felt like just one more hard thing. She was leaning toward abortion.

At the time, I was a new volunteer at our center. After of our conversation, I fetched a large gift bag full of items for a baby and mom.

Emily’s eyes grew wide and tearful as she took hold of the bag and touched the Teddy bear sticking out of it.

“For me?” she said incredulously.

This girl had very little she could claim as her own. The gift was a treasure.

Ironically, I didn’t realize I was breaking protocol, as layettes are generally offered closer to a client’s due date—but my hunch worked out well.

Eight months later, Emily came back in to show off her baby girl.

Today, she is married and has four children.

Emily is representative of many of the girls and women served by pregnancy help centers.

For us to best serve our clients, we need to identify the lies with which our culture has saturated their minds.

We need to ask ourselves, what does a young woman like Emily believe about herself and her baby?

In case you haven’t noticed, our world has become a remarkably anti-human place. Even though individuals fight for their rights, the underlying message about humanity is anything but positive.

Consider some of the commonly held—and often repeated—notions we see in the media, the public education system, and society in general:

• Humans are a random accident of an evolutionary process. Therefore, our presence on this planet doesn’t really mean anything, and neither do our individual lives.

• Humans are on the same level as animals since we are merely a higher form of mammal.

• Humans have ruined the earth. The earth and the animals would be better off if we were eliminated.

• Our worth as persons is something we make up. There is no real foundation for it.

• Identity is exclusively about sexual identity. Who you are is what you have decided you are sexually.

• We must have a sexual partner—otherwise, we are not “complete.”

• Children are a burden, preventing people from fulfilling their dreams.

• Preborn people don’t count as much as those who have been born. They are disposable.

• When people become too old or sick or depressed, we should help them die.

• Humans must make choices we were never designed to make, such as deciding whether to sacrifice the lives of our preborn children.

When I speak at pregnancy center fundraising banquets, I bring up these lies and contrast them with God’s truth.

In a nutshell, here is what God says about us:

We are created in His image to act as His representatives on the earth and to cause creation to flourish. We are unlike any other creature He has made (Gen.1:26-31).

Our worth is solidly grounded in being God’s image bearers—the crown of His creation (Ps. 8:3-5).

It’s true that we’ve messed up our stewardship of the earth due to sin, but we are still God’s image-bearers, and He will renew the earth one day (Rev. 21:5).

We are not only sexual creatures—more importantly, we are spiritual, eternal beings (John 3:36), and we do not need a sexual partner to complete us.

Children are a blessing, not a burden, and God knows and loves every image-bearer from the time they are conceived—in fact, even before then (Jer.1:5).

Our times are in God’s hands; therefore, we may not help someone take their own life (Ps. 31:15).

Finally, God calls the preborn HIS children and forbids us to take innocent human life (Ez. 16:21).

See the difference between pop culture and God’s Word?

Now imagine what the young woman you are serving thinks about herself and her baby.

Culture has shaped her thinking to believe she is merely an accident—a higher form of animal. She must make up her worth, without any foundation to stand upon.

Her identity is limited to her sexuality, and she must have a sexual partner to be okay—she’s only worth what she gives out sexually.

She was disposable before she was born, she was a burden as a child, and she’ll be disposable once she gets old or sick.

She is defined by her looks, her achievements, her talents and abilities, her relationships, and what other people think of her.

Do you see the human identity theft going on here?

It’s no wonder she doesn’t value the life of her baby. She doesn’t even value herself properly!

But we know the truth about this young woman—she is no accident. She is created in God’s image and, as such, possesses intrinsic, high value.

The same is true of her baby.

The choice she is facing is far too heavy for this young woman. She wasn’t designed to decide the fate of a child who ultimately belongs to God.

This is where we come in, and why our work is so critical.

We can empower a young woman or couple to exchange cultural lies for God’s truth as we lovingly support them.

Tweet This: We in pregnancy help can empower a young woman or couple to exchange cultural lies for God’s truth as we lovingly support them.

That means in the process of helping them choose life, we help them in another significant way.

We help them reclaim their true human identity.