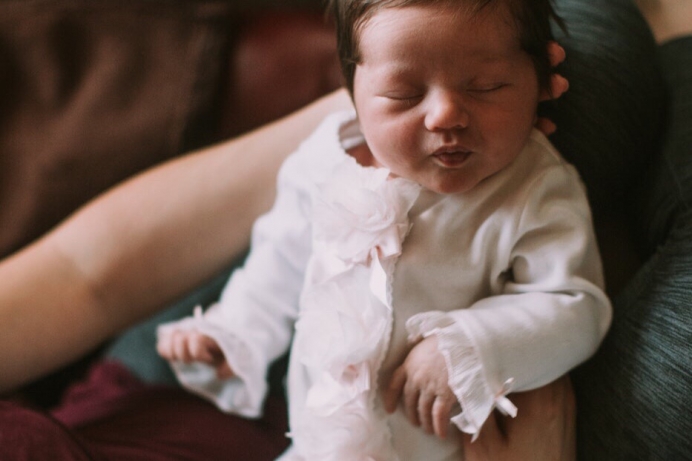 How Early Christians Resisted Infanticide by Loving Their Neighbors

Recent news events—particularly New York’s passage of a sweeping abortion law which clearly embraces infanticide—are leading many in the Christian community to wonder whether we will ever see the end of abortion.

After all, if we can’t hold back infanticide, how can things do anything but get worse?

New York’s law, however, takes me back to early Christianity. Because it is in the hearts of those early Christians where we find solutions to today’s issues, solutions which could actually end abortion itself in this country.

Infanticide, as we know, is nothing new. In fact, the early Christians saw it every day. In those days, “exposure” was a common practice. If a new baby caused any emotional or economic issues for a family, there was an easy solution. The couple took the baby out into the elements, dropped him or her off (usually, a her—as females weren’t deemed as economically advantageous back then) and went back home.

You and I know what happened to the baby. Without any support, a child had no chance. Welcome to Ancient Rome.

Unlike us, the early Christians didn’t have the opportunity to write their legislators, blow up Twitter and Facebook, or organize and “vote ‘em out.” Thankfully, we do. But this isn’t my point. Not today.

The practice of exposure was so common (and legal, by the way), there were “drop off” locations to dump little infants. In his book, Irresistible, author Andy Stanley quotes a letter from those days, from a soldier to his wife. This letter gives us a clear picture of the Roman culture of that day:

I am still in Alexandria...I beg and plead with you to take care of our little child, and as soon as we receive wages, I will send them to you. In the meantime, if (good fortune to you!), you give birth, if it’s a boy, let it live. If it is a girl, expose it.

Read the above again. Here is a family man who loves his wife and (already born) child. Yet, he thought nothing of leaving a newborn girl to die. Sound familiar to what we’re reading in the news today?

Early Christians, however, decided to take Jesus’ teaching to “love your neighbor as yourself” seriously. They understood—just like in the story of the Good Samaritan—that these babies, left to die, qualified as neighbors. So, they went out to these locations or wherever they could find these children and took them into their homes.

These first believers’ actions showed the cruel, inhumane world around them a picture of selfless, sacrificial love. They did this day after day, week after week, month after month, year after year. It’s what they understood basic Christianity to be.

The result, we know. Over time, a ruthless society noticed the Christians quietly living out their faith. Exposure gradually became less common. Life gained value. In AD 318, Emperor Constantine declared exposure to be a crime. By 374 AD, it was a capital offense.

Tweet This: Changing the culture started with Christians doing what Christians do: Loving their neighbors. @KirkWalden #prolife

The parallel with the faith of the early Christians and our work is clear. Today, we find neighbors to love in the moms and dads who come in our door, unsure of what to do about another little neighbor, a child waiting to be born.

But here’s the thing. We’ve got to ask ourselves, “Do we really believe our work can change a culture which seems to be sliding off a cliff?”

Because if we believe our work can change a culture just like the early Christians changed their world, our thinking shifts. The early believers—had no idea what the result of their work would eventually be. Many probably died without knowing their acts of love would end up saving thousands of children.

But us? We know their story, so we know love works. We know love changes cultures.

Our mission? Let’s keep believing God can still work in ordinary people like us to shift a culture. As we believe, let’s act on our beliefs with things like faith, hope, and love.

Tweet This: "Let’s keep believing God can still work in ordinary people like us to shift a culture." @KirkWalden #prolife

And if a friend comes up to us and declares the current infatuation with infanticide is proof “the end is near and it will only get worse,” let’s remind our friend of our brothers and sisters in the early days of our faith. The early Christians had good reason to think things were getting worse, but instead of fretting and worrying, they went out and did just what Jesus said to do.

And somehow, the world got...better.