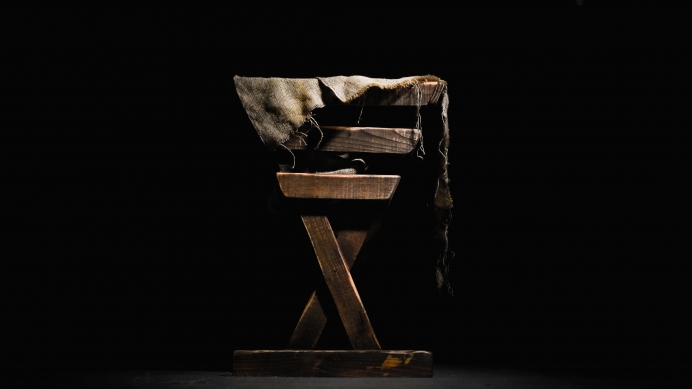 Judah stretched and yawned, absently fondling the soft ears of the sheep lying nearest him. Shepherd’s Field was quiet at night, as usual.

The tiny town of Bethlehem lay just down the road. Not much going on there tonight, either.

Judah didn’t mind. He was a thoughtful lad, an animal-loving daydreamer. The older shepherds often teased him about his wandering imagination.

“The boy’s mind must be in the heavenlies again!” Zebediah would say, causing the others to chuckle and shake their heads.

Despite the teasing, Judah enjoyed his apprenticeship as a Levitical shepherd. It wasn’t a high-ranking social position, to be sure, but it was a meaningful duty.

The sheep this group cared for were specially raised for the purpose of being used as Passover sacrifices in the temple.

These humble sheep were the means of atoning for the sins of Judah’s people.

When it came time for ewes to give birth, the shepherds would take them to the lambing caves nearby. They kept the caves ritually pure for this reason.

Since sacrificial lambs had to be without blemish, the shepherds would swaddle newborn lambs to keep them from stumbling and getting injured.

Surely caring for them was a purposeful occupation—no matter what the townspeople said about shepherds. Old Jochebed, for example—the village gossip—always muttering about how shepherds smell…

Lost in his thoughts, Judah was jerked back to earth.

A blazing light cut through the dark night sky, illuminating the terrifying figure of …. of what?

For a split second, Judah thought his imagination was really running wild this time.

Then he heard the others gasping and saw them freeze, his own fear mirrored in their expressions.

“Don’t be afraid, for look, I proclaim to you good news of great joy that will be for all the people: Today in the city of David a Savior was born for you, who is the Messiah, the Lord. This will be the sign for you: You will find a baby wrapped tightly in swaddling clothes and lying in a manger.”

The brightness grew to piercing intensity as multiple heavenly figures joined the first angel and praised God, saying, “Glory to God in the highest heaven, and peace on earth to people he favors!”

The light faded. The angels disappeared. The night hushed except for the sound of a cricket chirping.

Frozen in place, mouths open, hearts thudding, the shepherds slowly turned to each other—then began babbling all at once.

“Could this be what we’ve been waiting for…”

“Can you believe they came to US?”

They laughed and slapped each other on the shoulders. “Let’s go straight to Bethlehem and see what has happened, which the Lord has made known to us!”

They hurried off toward Bethlehem—and found what they were looking for on the edge of town, in a most unexpected place.

As they came near the caves, they heard voices. A man speaking softly A woman answering. Then a newborn’s whimpering cry.

The shepherds saw Mary and Joseph—and then the swaddled baby boy lying in a feeding trough. Not a swaddled lamb, as they were accustomed to seeing in the caves.

A baby, as the angel predicted.

The Lamb of God, come to take away the sins of the world.

And the cloth he was wrapped in—it was made of worn-out priestly garments, the same fabric used to light the menorah in the Holy Place.

The light of the world, shining amid darkness.

Zebediah shuffled closer, cleared his throat and introduced the group.

“We…we were on night watch at Shepherd’s Field, and… an angel came, and then a great many angels… he proclaimed news of great joy for all people, that a Savior is born, the Messiah…and the sign would be…

He gestured toward the swaddled baby in the manger and began to weep.

Mary smiled gently. She understood perfectly how an angelic visitation can change one’s life in a moment.

Of all God’s people in that day and age, shepherds would connect the dots most quickly concerning the meaning of a swaddled human baby lying in a manger in a lambing cave.

Watching a video by Kathy Lee Gifford and Rabbi Jason Sobel helped me as a modern Christian better understand the carefully crafted symbolism in the biblical account of Jesus’ birth.

The events of Jesus’ life revolved around Jewish holidays.

He died on Passover as the ultimate Passover Lamb. He was resurrected on the Feast of First fruits. He poured out His Spirit on Pentecost.

What does this mean for prolife people in particular?

Scholars lean toward the actual birth of Jesus taking place in September, because Zechariah’s special temple duty would have occurred in fall or spring, and shepherds weren’t in the field in winter.

If Jesus was born in September, then it follows that his conception took place in December—right around the holiday we call Christmas!

At Christmas, we acknowledge and rejoice in the arrival of Jesus in the world—but from a life-affirming perspective, let’s remember Jesus became one of us nine months prior to His birth.

He came into our world when He was conceived by the Holy Spirit in Mary’s womb.

Jesus spent his first nine months being intricately knit together, carried inside his mother, hearing her heartbeat—just as we all do.

Jesus, the Lamb of God and the Light of the World, didn’t skip gestation. He lived it as a valuable part of the human experience.

He came in the smallest way possible to achieve the biggest victory ever.

Tweet This: Jesus, the Lamb of God and the Light of the World, didn’t skip gestation. He lived it as a valuable part of the human experience.

Like the shepherds who heard it first, let’s keep repeating the greatest story ever told. Jesus, our Savior, took on flesh—starting as a zygote—for the sake of our redemption.

He is by far the best Gift ever.