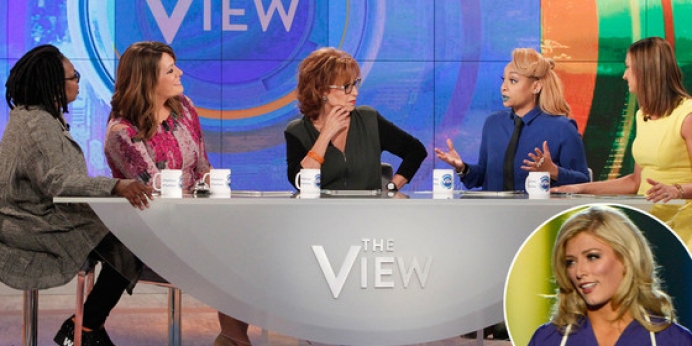 "The View" is feeling the pinch after upsetting those in the nursing profession. Nurses from all over the country are angry over some not-so-nice (nor intelligent) comments made by Joy Beher and Michelle Collins regarding Miss America hopeful, Kelley Johnson.

For her talent selection, Miss Colorado performed a monologue and spoke of her profession as a nurse.

The ladies of "The View" were critical of Johnson's performance and her choice of wardrobe.

"Why does she have a doctor's stethoscope on her neck?" Behar asked as a photo of Johnson wearing medical scrubs and a stethoscope appeared on screen.

Collins continued to poke fun with her remark that, "She (Johnson) basically read her emails out loud and surprisingly did not win. She treats patients with Alzheimer’s, which is not funny, but you have to Google it."

The comments stirred those in the nursing community to action and the hashtag campaign #NursesUnite was born. The pro-nurse campaign quickly began trending on social media and advertisers of "The View" took notice.

So far, it's been reported that Johnson & Johnson, Eggland's Best, Snuggle, Party City and McCormick have all dropped their sponsorship of the day time talk-show amidst all the public backlash.

Being a nurse myself, I find the comments from "The View" hosts to be uninformed and demeaning. That being said, what upsets me more is how big the public's outcry and media coverage of this daytime talk snafu has become.

Where is the public outcry and media coverage for the 3,300 babies that are being aborted each day in this country? Planned Parenthood has been caught on video selling the body parts of aborted babies, yet the media remains silent. And if the story happens to be mentioned, the news networks spin it so that the whistleblowers of Planned Parenthood's atrocities become the bad guys.

What does it say about our country when petty, uninformed comments toward a career choice, be it a fantastic one, become more important than the criminal acts of America's number one abortion provider?

What if instead of #NursesUnite, the profession banded together for #NursesUniteAgainstAbortion?

Nurses could change the world, one baby at a time. Now that's a campaign worth trending.