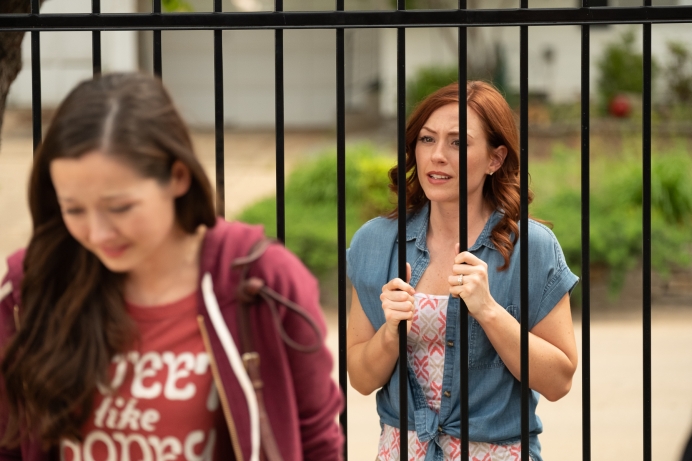 Hallmark backtracks on its censorship of Unplanned

(Washington Examiner) Nothing like a little bad publicity to get a business to change its mind.

After Hallmark scrubbed all mentions of the pro-life film Unplanned from a recent broadcast, pro-life advocates grew outraged. The star of Unplanned, Ashley Bratcher, first revealed that all references to the film had been removed from Hallmark's broadcast of the Movieguide Awards, even though Unplanned was nominated for awards in three categories.

"This is completely UNACCEPTABLE," she tweeted on Sunday.

Outraged. Movieguide awards recently aired on @hallmarkdrama & @UnplannedMovie & I were nominated. We were the ONLY nominees who were not recognized. Hallmark has ERASED us from the show and refused to acknowledge us as nominees. This is completely UNACCEPTABLE.@hallmarkchannel pic.twitter.com/n6KZiXnp1k

Note that not only had the broadcast eliminated Bratcher's speech — which, as she told me, "happens all the time" — it had also scrubbed the name Unplanned entirely; when nominees were announced for categories in which the film had been selected, it was as if Unplanned hadn't been nominated at all.

On Monday, I wrote about the issue and reached out to a Hallmark representative for comment. On Wednesday afternoon, she got back to me. Without explaining how or why the omission occurred (although I have a few guesses), the spokeswoman said the network is sorry and a new broadcast will be airing soon.

"We have scheduled the MOVIEGUIDE® Awards to re-air on Hallmark Drama on Monday, March 9th at 10 PM," the spokeswoman said in an email. "It will also be available on the TV Everywhere app. All telecasts will include mentions of the film, 'Unplanned' and its lead actress, Ashley Bratcher. We at Crown Media extend our sincere apologies to Ms. Bratcher."

Since Hallmark didn't try to explain away Unplanned's glaring omission, it's pretty clear that the media company simply didn't want to wade into any controversy. But by censoring the pro-life movement, Hallmark did anyway. And it proved, unwittingly, that pro-life voices will not be silenced.

Tweet This: Hallmark proved, unwittingly, that pro-life voices will not be silenced.

Update: Movieguide has taken responsibility for cutting Unplanned from the broadcast that aired on Hallmark Drama. “We made some decisions,” Ted Baehr, founder and publisher of Movieguide, said. “We may have made some wrong decisions, but we’ve made decisions.”

Editor's note: This article was published by the Washington Examiner and is reprinted with permission.