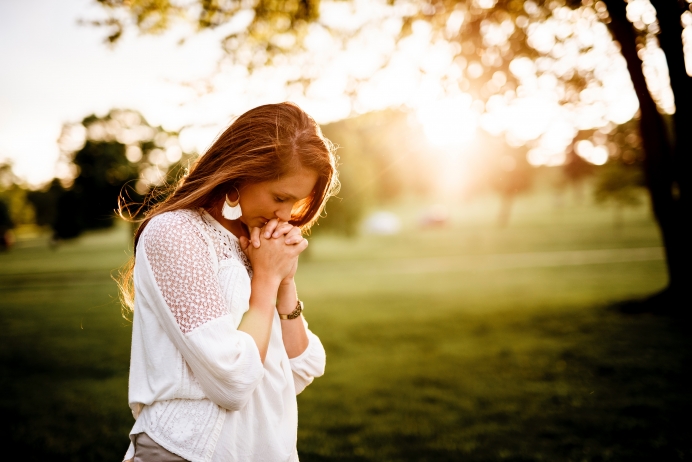 How to respond to the "God is forgiving" approach to abortion

The young woman stared at me, her face hard and her back stiff in the chair.

She had come in for a free pregnancy test and options counseling, but when she heard the test was positive, she made it clear that her mind was made up.

She was going to have an abortion.

This young woman was closed to further information or even questions. After a curt listing of her reasons to end the pregnancy, she delivered her final remark.

“Anyways,” she sneered, “God will forgive me.”

I’m told that Planned Parenthood personnel have been trained to use this same statement with religious women who express discomfort at the idea of abortion.

Talk about truth out of context!

Yes, the first thing He wants us to know about Himself is that He is “The Lord, the Lord, the compassionate and gracious God, slow to anger, abounding in love and faithfulness,  maintaining love to thousands, and forgiving wickedness, rebellion and sin (Exodus 34:5-7).

But His mercy doesn’t come cheap, and we should never treat it flippantly.

For us to truly comprehend the value of God’s mercy, we must gain a revelation of how awful our sin is.

We must begin to comprehend how much our offenses anger Him and cause Him pain.

Listen to the forcefulness of God’s words through the prophets Jeremiah and Ezekiel concerning child sacrifice:

‘The people of Judah have done evil in my eyes, declares the Lord…. They have built the high places of Topheth in the Valley of Ben Hinnom to burn their sons and daughters in the fire—something I did not command, nor did it enter my mind (Jeremiah 7:30-31)”.

“Your sons and daughters whom you bore to Me…You slaughtered My children!”

These are the anguished words of an enraged and grief-stricken Father—a Father who loves and knows every one of His precious image-bearers from the moment of conception.

Women and men facing a pregnancy crisis may not have “planned” a particular pregnancy—but in God’s eyes, no human being is a random accident.

He uses human mistakes and surprises to work something beautiful. And once a human life begins, He alone has the right to say when that life should end (Psalm 31:15).

Here’s the crazy thing: this Father who “feels indignation every day” over our wickedness (Psalm 7:11) is the same Father who sent His only Son to pay for humanity’s evil deeds by His own death.

God freely offers His mercy to us—but it cost Him a great deal to provide it.

So how can we help a young woman facing an unplanned pregnancy understand that abortion is not okay simply because “God is a forgiving God?”

It may help to re-frame the issue.

Imagine a husband telling his wife, “Hey, Honey, I am so thankful that you’re such a forgiving person. I’m going to go ahead and commit adultery with so-and-so, but we’re cool, right? I mean, you’re very forgiving and all, so I figured that it would be okay.”

Even if the wife were somehow willing and able to forgive her husband for his transgression, how much damage would be done to their relationship? How shaken would her trust be?

Even with forgiveness, there would be huge consequences resulting from his flagrant wrongdoing.

It’s just not possible to make a premeditated, self-centered decision which deeply wounds someone you love, and then carry on as if everything is fine.

It doesn’t work, even if the other party is God.

Of course, the average young woman who uses the “God will forgive me” rationalization probably doesn’t have much of a relationship with God in the first place—or at least, He doesn’t come first in her life.

So how can we help her?

We must proceed with sensitivity, reading cues of body language and facial expressions, using open-ended questions to discover what kind of understanding she has at this point in her life about who God is.

Tweet This: We must proceed with sensitivity ... to discover what kind of understanding she has at this point in her life about who God is

A little self-disclosure, if appropriate, can be helpful. More than anything, reliance upon the wisdom of the Holy Spirit is critical, because He knows this young woman better than she knows herself.

This is where prayer before the session, and quickly and silently during the conversation, is essential.

Depending on where a young woman is spiritually, the following remarks or questions may help, and may even lead into a deeper spiritual discussion.

“Have you ever had a close friend do something that they knew would really hurt you? How did that feel?”

“How would you describe your relationship to God and how His forgiveness works?”

“How would you describe the difference between forgiveness and excusing?”

“Has anyone ever explained to you how God feels about abortion, and why?”

God is forgiving, yes. His mercy is so great He forgives even the vilest of offenses. This forgiveness has been made possible through Jesus’ sacrifice for our sins—including the sin of abortion.

Before a pregnancy decision is made, though, we hope to help a young woman rethink any flippant rationalizations on her part.

Our hope is not only that she chooses life for her baby and avoids the personal pain of abortion—but also that she comes to understand God better.