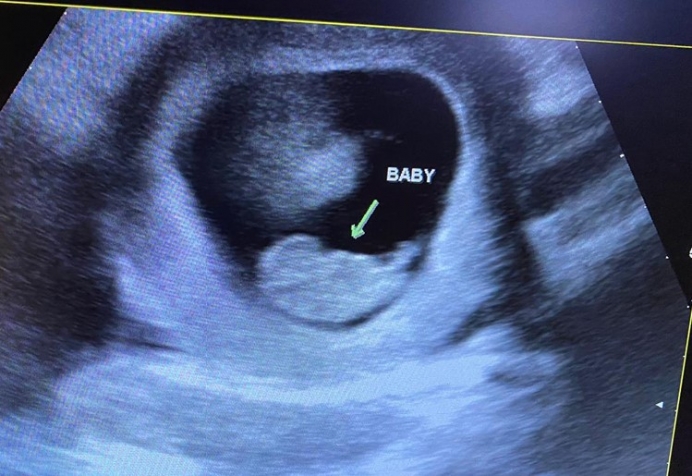 The young woman arrived for her appointment at a Miami, Florida, pregnancy center. Jashley was filled with fear and confusion because her boyfriend was pressuring her to have an abortion. Recognizing she likely would be left alone during the pregnancy, she believed abortion was her only option. Little did she realize how dramatically her life, and the life of her boyfriend, was about to change.

Heartbeat of Miami operates four pregnancy resource medical clinics in Miami-Dade County, with a sonographer working at each facility. Jashley visited the North Miami center, and during her appointment, she and her boyfriend were able to see their six-week-old unborn child on the ultrasound. They also heard their little one’s heartbeat. These experiences caused them to change their minds about abortion.

“They both had a change of heart and decided to choose life,” said Martha Avila, president of Heartbeat of Miami.

Tweet This: After Jashley and her boyfriend saw the ultrasound & heard their little one’s heartbeat, they changed their minds about abortion.

That wasn’t the only change.

“Their counselor also shared the Gospel with them, and they both decided to make Jesus Lord of their lives,” she said.

Later, when Jashley was 24 weeks along, she returned to the clinic for a 3D/4D ultrasound, which revealed a baby girl. Jashley’s child is due in April, Avila said.

Growth and impact in 14 Years

Avila and her board were waiting in the wings for one of the locations.

Other Heartbeat of Miami centers are located in areas targeted by abortion businesses, including a university setting and a Hispanic community in North Miami, she said.

A lot of renovation was done to turn the building of darkness into a facility of light.

Despite COVID-19 and only being able to serve at 50 percent capacity, the centers have remained open. Classes are done virtually, and diaper drives became ‘drive-through.’

“God is so awesome – even with the pandemic!” Avila said. “It’s taught us a lot, and we have so many incredible stories!”

A 13-year-old who turned out to be 37 weeks along and involved in a ‘Romeo and Juliet’ situation, sought services at one of the pregnancy center locations.

“If she would have gone into Planned Parenthood, she could have gotten an abortion even at that stage of her pregnancy,” Avila said. “Because we’re known to the public as Pregnancy Help Medical Clinic and two of our centers are former abortion facilities, many people come here that might not otherwise.”

According to the Charlotte Lozier Institute, 71,913 abortions were performed in Florida in 2019. The number of abortions went up more than two percent, and the number of chemical abortions rose more than nine percent compared with 2018.

More than 2.7 million people live in Miami-Dade County. The area is a center for human trafficking, “a melting pot of nations,” and is first per capita for abortion, Avila said.

“We are a miracle in this county, and we celebrate each win,” she said. “Changed minds, accepting Christ – nothing can compare, and that’s what drives me.”

She has been with the organization since the beginning.

“It’s the hardest thing I’ve ever done, but God is so faithful,” she said. “All to His glory!”