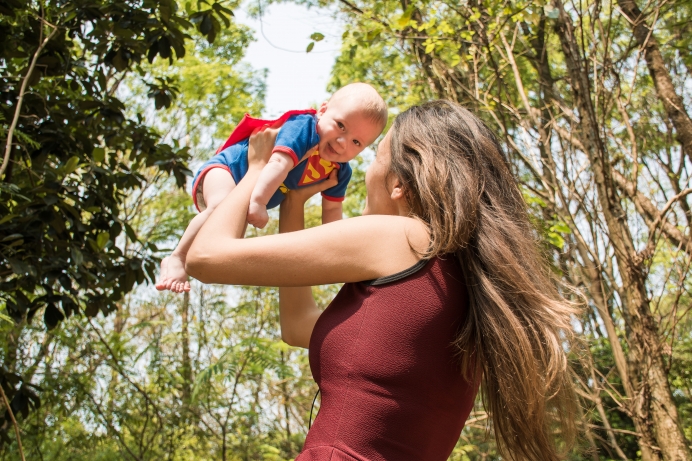 Funding pregnancy help centers is a win-win for citizens, clients, and communities

On September 30, 2019, the U.S. Department of Health and Human Resources (HHS) announced that it will provide $33.6 million in additional funding for fiscal year 2019 to current Title X grantees in 37 states. The grant of additional funding occurred because some Title X grantees, Planned Parenthood and several other organizations, refused to abide by the requirements that the funding may not be used to refer for abortion as a method of family planning and that Title X grantees may not co-locate with abortion facilities. Part of Title X funding is allowed to go to Sexual Risk Avoidance Education (SRAE) and Natural Family Planning (NFP) programs. Interested pregnancy centers that provide SRAE or NFP services, and that have a relationship with one of the organizations receiving additional Title X funding can contact that organization and inquire into partnering with them under their supplemental grant for their Title X projects. In lieu of an existing relationship, pregnancy centers could take advantage of this opportunity to establish one. Pregnancy centers could also consider applying for Title X funds directly with the next grant cycle. Obtaining Title X funds under either scenario may or may not be possible or practical for every pregnancy help organization. However, if it is possible to either partner or apply for funds, that the HHS administration is seeking to make these funds available to life-affirming organizations could be a good opportunity to augment pregnancy help services and the pregnancy help movement.

In the article below, Jeanneane Maxon, J.D., associate scholar for the Charlotte Lozier Institute, explains in detail some of the benefits of pregnancy centers and why funding them can be win for everyone. Maxon is also available to pregnancy centers to answer questions on the Title X funding. She can be reached at This email address is being protected from spambots. You need JavaScript enabled to view it..

The primary difference between Planned Parenthoods and PHCs is that, while Planned Parenthood is the nation’s largest abortion provider, PHCs seek to help women and children escape the disastrous consequences of abortion, including the numerous documented risks of physical, emotional, and mental harm that follow abortion.

In the past few months, new questions have emerged over government funding of Planned Parenthood as well as PHCs. In response to the decisions by two Circuit Courts of Appeals to lift stays and allow the Protect Life Rule of Title X to go into effect, at least four states (Massachusetts, Illinois, New Jersey, and Nevada) are considering offering state funding to Planned Parenthoods. At the same time, Ohio has increased its funding of PHCs, Missouri has increased its tax credit for donors to PHCs , and Arizona unsuccessfully attempted to pass a bill which would have funded PHCs.

Accordingly, the American taxpayer must now ask whether she wishes to see her money fund organizations that promote and profit from destructive, life-ending procedures (primarily Planned Parenthood); or whether she wishes to direct her tax dollars to organizations which seek to provide women the support and care they need to make a decision for childbirth (primarily PHCs). To answer this question, she should consider several facts outlined below.

First, states are allowed to prefer childbirth to abortion. This fact is well established by the United States Supreme Court.  As the court stated in Roe v. Wade, “[T]he State…has legitimate interests in protecting…the potentiality of human life…” Roe v. Wade, 410 U.S. 113, at 162.  Additionally, the court found that “Congress has established incentives that make childbirth a more attractive alternative than abortion for persons eligible for Medicaid. These incentives bear a direct relationship to the legitimate congressional interest in protecting potential life.” Harris v. McRae, 448 U.S. 297, at 325 (1980) (emphasis added).

This is important because, while abortion-on-demand is the law of the land, states are not forced to fund procedures that many Americans oppose. A recent study indicated that six (6) in ten (10) Americans oppose taxpayer funding of abortion. Furthermore, the latest Gallup polling indicates 72% of Americas support legislation limiting abortion, with 60% believing it should be illegal in all or almost all circumstances.

As revealed by this poll, America is becoming more pro-life and less supportive of the abortion industry.  Even the radical pro-abortion movement is acknowledging the fact that abortion is a life-ending procedure. Several abortion advocates have admitted that “abortion involves the termination of an early form of human life.

Second, PHCs save taxpayer dollars. In 2017, PHCs, nationally, saved their communities at least $161,008,203 by subsidizing health care and other services at no cost to clients. An organization serving as the manager for one state’s PHC funding program reported contributing a total of $44 million in tax savings in 2018, while receiving only $3.3 million in state funding.

On the other end of the spectrum, government funding accounted for thirty-four percent (34%), or $563.8 million, of Planned Parenthood’s revenue. Planned Parenthood currently reports assets of over $1.8 billion, and over $1.6 billion in revenue for its 2017-2018 Fiscal Year. While Planned Parenthood is substantially funded—at the expense of the American taxpayer—they continue to charge fees to clients seeking their services, as described further below.

The provision of ultrasounds is particularly important to enable a woman to make an informed choice about her pregnancy. The National Institute of Family and Life Advocates, which offers medical conversion for PHCs, found that “established pro-life medical clinics report that more than 80 percent of abortion-minded mothers choose life after they see their unborn baby via ultrasound."

PHCs, unlike Planned Parenthoods, offer ongoing support after pregnancy, regardless of the pregnancy decision.  This support includes parenting education, housing, material assistance, and even post-abortion support.  These services are provided in addition to healthcare services, such as prenatal care, pregnancy diagnosis, and STI testing.

Fourth, PHCs provide no-cost healthcare for needy women and support for families. Pregnancy centers consistently offer their services at no cost to their clients. Unbeknownst to many Americans, Planned Parenthood charges for its services, despite receiving significant government funding.

Planned Parenthood of Southern New England’s cost calculator reveals that a single, 30-year-old woman making only $15,000 a year would be charged $116 for a well woman’s exam, and $20 for a pregnancy test.  These same services can be obtained from many PHCs for free. As one example, Florida’s Pregnancy Support Services Program, which is funded by the state, provides free well woman exams, pregnancy tests, and other services at multiple locations.

For abortions, Planned Parenthood’s fees are even more deplorable. The woman making $15,000 a year will be charged $650 for a chemical abortion (abortion pill) or between $650-895 for a surgical abortion (increasing based on gestational age up to 18.6 weeks). Planned Parenthood even has the gall to charge an additional $110 for “optional sedation” for what is a painful procedure, likely discouraging low-income women from seeking relief from the pain. The abortion prices are the same whether the woman makes $15,000 annually or $120,000 annually.

Fifth, PHCs engage their communities. In 2017, an estimated 64,700 community volunteers served clients in PHCs, with 7,500 of these volunteers being medical professionals. PHCs are well known for engaging community volunteers, so much so that the White House USA Freedom Corps honored 150 PHC volunteers in a White House ceremony in 2008. Then Assistant Secretary for Health Joxel Garcia, M.D., M.P.H, stated, “These volunteers have spent countless hours serving the most vulnerable among us. Their efforts deserve recognition and our deepest appreciation. Their services provide these women and their babies the opportunity for a healthier beginning.” Alison Young, then-director of USA Freedom Corps, stated of the volunteers, “As they serve women in need, they spread the very best of the compassionate volunteer spirit that keeps America strong.” As a matter of routine, PHCs engage churches and community organizations such as community health centers, domestic violence organizations, legal aid, state health departments, Catholic Charities, and the American Red Cross, to name a few.

Finally, and perhaps most importantly, PHCs have proven to be a safe, healthy, and desirable environment for the clients they serve. While the abortion industry, including Planned Parenthood, has been found to engage in practices endangering women’s health, PHCs abide by high standards of Care and Competence Perhaps what speaks best to the high level of care is that new clients are most commonly referred[21]to PHCs by word-of-mouth through existing or former PHC clients! In 2016, at least 97% of clients at PHCs affiliated with Care Net (a national affiliation organization for PHCs) indicated that their overall experience at the center was positive. Likewise, the negative emotional, mental and physical risks of abortion are well-documented, and PHCs are essential to provide women with the information they need to make a knowledgeable decision regarding their pregnancy.  An industry that profits from abortion cannot be trusted to fully share the negative effects of abortion with women.

Remarkably, PHCs have found an effective way to serve their communities with life-affirming, healthy options, at no cost to clients, while saving taxpayer dollars. PHCs allow taxpayers to invest in services that result in tax savings and a thriving community. In contrast, the abortion industry continues to take taxpayer funding, while charging clients for services that have been shown to cause damage to women, children, and families. In short, funding PHCs is a win-win for citizens, clients, and communities. More states should consider funding PHCs so that women facing unintended pregnancies can get the compassionate care they deserve, and so that communities and citizens are better served.

This article was originally printed at the Charlotte Lozier Instititute and is reprinted with permission.