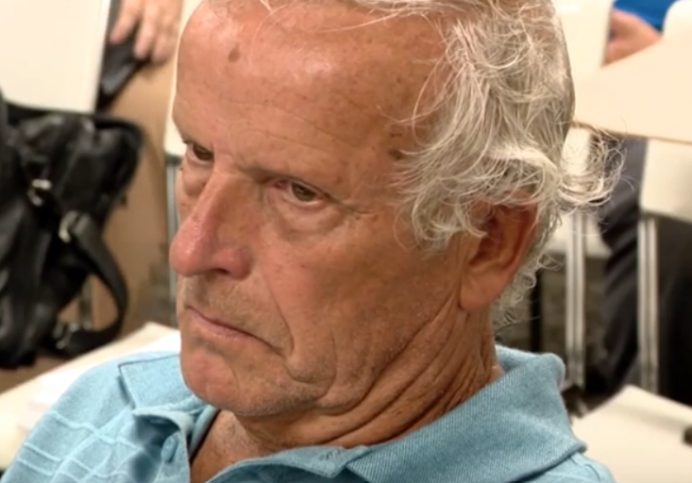 Authorities find more bodies of aborted babies on property of abortionist who kept 2,246 as trophies

WSBT News reports Indiana Attorney General Curtis Hill said the family of the late abortionist found the additional bodies on one of Klopfer’s Illinois properties and reported them to authorities.

In September, authorities found 2,246 medically preserved remains of aborted babies in the former Indiana abortionist’s home in Illinois. Klopfer’s family reported finding the remains shortly after he died Sept. 3. Indiana and Illinois authorities have been working together to investigate the gruesome discovery.

Hill did not say how many more bodies were discovered.

“Today we were notified by authorities in Illinois that family members this morning found additional fetal remains as they continued to sort through the late doctor’s belongings,” Hill said Wednesday. “We have dispatched investigators to Illinois to gather facts, but we anticipate simply adding these remains into the protocol we have already set up for dealing with these disturbing circumstances.”

“The Will County Sheriff’s Office was made aware that numerous vehicles and possibly other property owned by Dr. Klopfer were stored in an outdoor gated lot of a business located in Dolton, Illinois,” the statement said.

The sheriff’s office said they searched the eight vehicles and in a late 90’s Mercedes Benz found five plastic bags and one box that contained numerous medically preserved fetal remains.

The sheriff said the babies’ remains were “preserved, packaged and marked” similarly to the remains found earlier in Klopfer’s home.

Last week, Hill said they still have a lot of questions and decisions to make in the unusual case, but he promised that the babies will be “given the decency of a burial that they deserve,” the AP reported.

“Imagine, if you will, if we discovered 2,246 remains of adults who were deceased in some sort of preservation fluid,” Hill said, according to Fox 59. “We would be freaking out.”

Pro-life leaders expressed shock and horror at the new discovery.

Tweet This: Pro-life leaders expressed shock and horror at the new discovery

“Each additional revelation of Ulrich Klopfer’s depravity is a stark reminder that the abortion industry profits from the destruction of unborn children and exploitation of vulnerable women on a similar scale every day,” said Sue Swayze Liebel, state policy director for the Susan B. Anthony List and an Indiana native.

She praised federal lawmakers for introducing a bill last week to ensure that nothing like this happens again. U.S. Sen. Mike Braun's Dignity for Aborted Children Act would require abortion facilities to bury or cremate the remains of aborted babies.

“We grieve for the little ones denied their very humanity and with the mothers forced to relive the trauma endured at Klopfer’s hands, wondering if their child is among his collection of bodies,” Liebel said. “We call on Congress to pass the Dignity for Aborted Children Act and urge the Trump administration to provide local officials whatever assistance they need to conduct a thorough investigation.”

Earlier, Illinois authorities estimated that the babies’ bodies are from abortions conducted between 2000 and 2002 in Indiana.

Several women have come forward asking if their aborted babies are among those that Klopfer kept. Authorities encouraged any former patients to call a special hotline set up for the investigation: 317-234-6663. People also may email This email address is being protected from spambots. You need JavaScript enabled to view it..

Klopfer worked as an abortionist for decades in South Bend, Gary and Fort Wayne, Indiana. However, the state revoked his license in 2016 for failing to report the rape of a 13-year-old patient and other health violations.

A doctor who knew Klopfer speculated that he kept the babies' remains as some sort of grisly trophy.