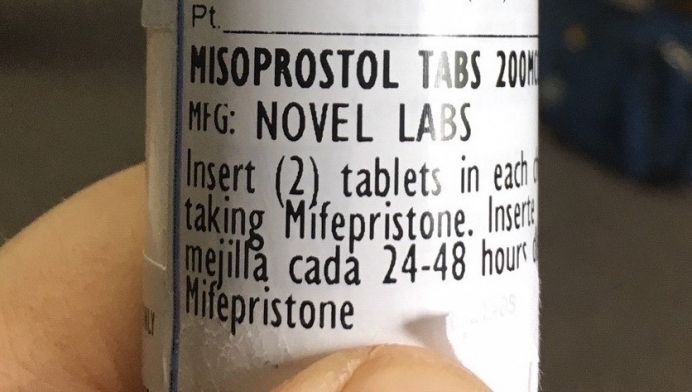 (Live Action) And Then There Were None abortion worker ministry held a webcast in which former abortion workers Sue Thayer, Annette Lancaster, Mayra Rodriguez, and Lisa Searle described their experiences with the abortion pill.

In the United States, abortion is a safe and legal way to end a pregnancy. … For most people, the [abortion pill] process takes about five hours. But it may take up to 24 hours to be totally finished…. You can go back to work or school the next day if you feel up to it.

Thayer remarked in response, “I don’t remember anybody ever feeling good after five hours, or 24 hours, or even by the next day. It was quite contrary to that.”

Meeks then asked the gathering of former abortion workers to raise their hands if they had ever seen a woman complete the abortion process and feel well enough to go out after 24 hours. None of the workers raised their hands.

Rodriguez described one complication she saw:

So, this patient’s abortion by pill took five weeks of her life.

Searle, who was in charge of answering women’s calls after hours, explained how her facility told women not to go to the emergency room if they experienced complications:

We were encouraged to tell women not to go to the ER. …[M]any of these women would call me and say, just like Annette said, “This isn’t right. Something’s wrong. I’m bleeding profusely. I should go to the ER. This is not right.” And we would encourage them not to do that. And the reason for that, we would tell them, “If you go to the ER, you’re going to have a surgical abortion. That’s how they’re going to fix this. And that’s the reason why you took the pill. Because you didn’t want to have surgery.” …

We were taught to tell them, “Expect the worst possible bleeding, the worst possible cramping.” But then when they would call and say, “This was worse than you said it was going to be,” we still encouraged them not to go to the ER.

Tweet This: "We were encouraged to tell women not to go to the ER" - Former abortion worker, re: calls from women w/complications from the abortion pill

One reason for this, Annette Lancaster said, was that their abortionists at Planned Parenthood didn’t have admitting privileges:

Part of the reason was, for our facility, that the providers didn’t have privileges at the local hospitals. So even if we did encourage patients to go to the ER, they would be seeing a totally different provider who had no idea what was going on, didn’t know the procedure, didn’t know that they had an abortion….[T]he provider who performed the abortion didn’t have any admitting privileges to the hospital anyway.

Rodriguez said abortionists at her facility didn’t have admitting privileges either. She, too, believes this is a reason why women were told not to go to the ER. Rodriguez also mentioned another problem with prescribing abortion pills through telemedicine:

One of the reasons they’re pushing telemedicine or tele-abortion… is to help women who have no access to healthcare in a rural area, where it’s really hard for them to get to health clinic, to a hospital. But then at the same time, you are telling these women to take a pill that could take them to the emergency room, and they don’t have access to… an emergency service right away, and that’s why you’re pushing this to her, knowing that if she has an allergic reaction, if she bleeds too much, anything can happen to her, and she won’t have any access to an emergency service.…

[W]hen you have a person living in the mountains… she takes the pill and then it will take, literally, hours before an ambulance can get to her, she could die.

All of these former abortion workers said women’s lives and safety were endangered by the abortion pill.