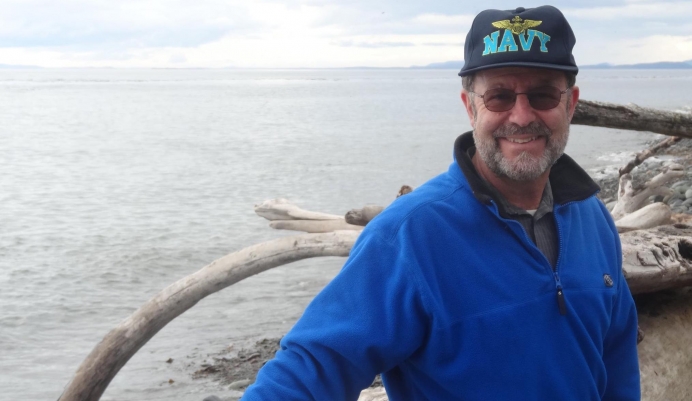 Forced to choose between his job and conscience in 2007, Steve Pargman chose the latter. Photo Courtesy: Steve Pargman

Forced to Choose Between Job and Conscience, Washington Man Chose the Latter

In August of 2007, Steve Pargman was working at the Department of Social and Health Services in Washington state when he received a request that would force him to choose between his convictions and his job.

The call was from a woman enrolled in the First Steps program, which provides resources to pregnant women and families of newborns. The woman asked for a proof of eligibility Medicaid card ahead of her visit to Planned Parenthood later that day. It was a Wednesday, which Pargman knew was when Planned Parenthood carried out abortions at its nearby business location.

“I put two and two together, and I knew what she needed the Medicaid card for,” Pargman said. “So I said, ‘Don’t worry, I’ll take care of it.”

Normally, cases involving abortion referrals were passed along to another employee, but this time, Pargman decided to take his lunch break and deliver the Medicaid card personally, giving himself the chance to meet with the woman in person.

Planned Parenthood had moved locations, so Pargman decided to instead visit Pregnancy Resource Services, which was in the same complex. Pargman was familiar with the organization’s director, Helen Johnson, and had referred women to the center in the past.

At the center, Pargman picked up a “Before You Decide” brochure—produced by pro-life pregnancy help network Care Net—and took a moment to pray with Johnson and her co-director, Kathleen Ellis, before meeting the woman at Planned Parenthood.

When Pargman arrived at Planned Parenthood, he sat across from the woman he figured had called him and set the brochure down on the chair next to him.

“I just struck up some small talk about what a beautiful day it was and how my daughter was celebrating her birthday with her mom and how nice it was they got to spend some time together,” he said. “I felt led not to leave the proof of eligibility there, so I just left the brochure for her to read if she wanted to and I left.”

That November, Pargman was summoned to a fact-finding hearing, where a panel found him in violation of the state’s ethics code and levied a three-day suspension in December. After the suspension, his supervisor told him he could no longer refer calls to other employees that included the Medicaid proof of eligibility for abortions.

Instead, he would need to choose between keeping his job and directly cooperating with taxpayer-funded abortions.

“[She said] I would have to do everything on the case,” Pargman said. “I would have to take the appropriate action, approve it, and issue the card knowing full well what was going to happen, so at that point I weighed my options and I was convinced that I should not stay there any longer because that would be violating my own conscience, so I resigned in January. I figured I was forced out.”

Though Pargman found a job as a patient advocate at a local hospital in March of 2008, he eventually filed a discrimination complaint based on Section 7 of the Civil Rights Act of 1964, which prohibits discrimination on the basis of religion in the workplace.

The Equal Employment Opportunity Commission (EEOC) eventually ruled in Pargman’s favor in late 2009, determining the Department of Health and Social Services was out of bounds for penalizing him for following his conscience. The Department of Justice offered him a settlement, which he accepted.

Pargman said that his faith is what gave him such a strong pro-life conviction.

“My pro-life conviction comes from my faith in God, and that God is the author of all life, and that nobody has the right to take that life,” he said. “It's so important to be able to act in good conscience.”