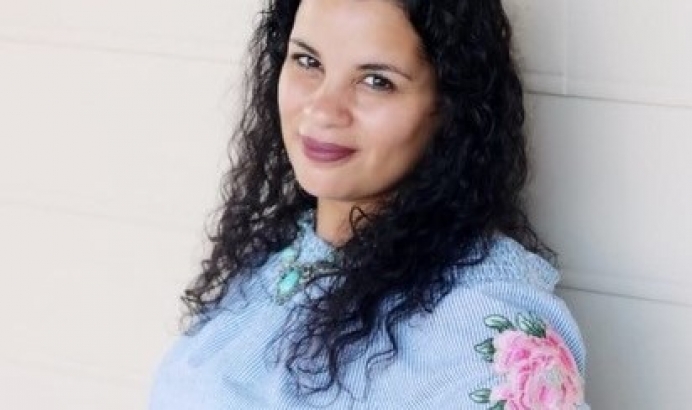 Nearly four years ago, when Planned Parenthood opened a clinic in her community, Ivette Rodriguez envisioned leading a pregnancy center to touch the hearts and minds of women tempted to end the lives of their unborn children. This month, that vision becomes reality when the doors of Beyond Pregnancy Care Center finally open in Kissimmee, Florida.

Although the journey here has had its bumps, Rodriguez’ faith has empowered her to see it through.

“This is an answer to prayer,” Rodriguez said. “I’ve had desert moments, learning to rely on God, hearing His voice and listening to His instructions…and then waiting.”

The opening of Beyond Pregnancy Care Center has been a long time in the making. As previously reported at Pregnancy Help News, illness, hurricanes, and financial challenges have all played a role in the stops and starts of getting the pregnancy center off the ground and running.

But Rodriguez’ vast experience in the pregnancy help community has been preparing her for this moment all along. Over the years, she has served as a medical assistant to a pro-life physician, volunteered at the Osceola Pregnancy Center in Kissimmee, and directed the JMJ Pregnancy Center's office in Orlando. What was left for her but to start a pregnancy help center of her own?

When Planned Parenthood opened an abortion facility in her neighborhood in 2014, her opportunity arose.

It was then that Rodriguez began waking up in the middle of the night. Ideas formulated, and prayers commenced. At first, she believed her night-wakings were for her work at JMJ. But then she heard God speak: “This is for your pregnancy center.”

So with her husband’s encouragement and trust in the Lord, she resigned from her paying position and set out on a new pathway: to open a pregnancy center and serve women in her area of Kissimmee.

Slowly but surely, Rodriguez began to rally a few churches and supporters around her new center. Thanks to a generous donor at Heartbeat International, she was able to attend the organization’s Pregnancy Help Institute on scholarship, partaking in the weeklong training course for new directors of pregnancy centers. She even left with a major gift of $5,000 from the same donor.

After she rented a tiny office back home and did more outreach in her community, the pastor of Faith Harvest Ministries, William Kenna, contacted her with an amazing opportunity

“He said, ‘I’ve been waiting for you for ten years,’” Rodriguez said. “I learned the church had a three-bedroom home and that God had told him it should be used as a pregnancy center, but no one had come forward to start one. So it was rented out with the stipulation that, if someone did come along to start a pregnancy center, the tenants would have to leave.

“The home is being gutted and renovated for the pregnancy center,” Rodriguez continued. “It’s wonderful! I want the girls to feel like they’re coming home, to feel like we are their family and that they are loved.” 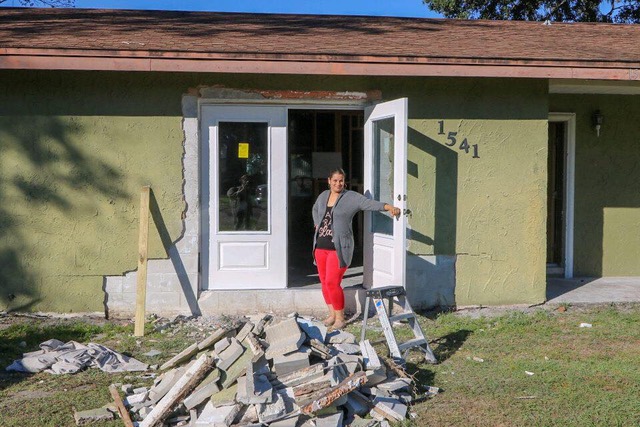 Currently, Rodriguez meets women one-on-one in her home, in their homes, or elsewhere. She doesn’t conduct pregnancy testing or provide other medical services; she simply provides resources and a listening ear to women who are already pregnant and those with children.

“These women need guidance and resources, a person to listen to them,” she said.

Those types of services won’t change when Beyond Pregnancy Care opens this month. What will change is that medical services will also be offered. Volunteer nurses will staff the facility, and an ultrasound machine is ready and waiting to be delivered, thanks to the local Knights of Columbus. A medical director has come on board, as well as a nurse manager. All involved, including Rodriguez, are volunteers.

“Finances are still a problem,” she said. “Hopefully, that will change as more people learn about the center and what we do.”

Faith Harvest Ministries has paid for all the renovations on the home, and Rodriguez plans to meet with more area churches and their leaders to educate them about the services provided by Beyond.

Grand Opening of a Vision

A grand opening celebration for Beyond Pregnancy Care Center is scheduled for Saturday, January 19, 2019. A ribbon-cutting, tours, and a presentation of the new ultrasound machine by the Knights of Columbus are planned. Significantly, the first day of opening for clients is set for Tuesday, January 22—the 46th anniversary of Roe v. Wade and National Sanctity of Human Life Day.

Tweet This: Vision and persistence pay off: #Prolife pregnancy center to open its doors on Roe v. Wade anniversary.

In the future, she hopes to have Beyond open on Saturdays when Planned Parenthood is also open. She even hopes to take her pregnancy center beyond the Florida border to her home in Puerto Rico.

There, she envisions starting a Beyond Pregnancy Care satellite center that can address the abortion and teen pregnancy problems she witnessed while helping those in need after Hurricane Maria.

“For Such a Time as This”

As she prepares to move into the refurbished home and offer medical services to women in her community, Rodriguez can look back and see God leading her through the journey. Like Esther in the Old Testament (Esther 4:14), she believes He’s been preparing her for this season in her life. The road to opening the doors of Beyond Pregnancy Care Center hasn’t been easy, but God has been faithful, she said.

“I had no idea how this was going to happen, and there were many times when God was silent,” she said. “But that’s when my faith grew even more. The Lord told me at the beginning, ‘I want to see how you will use the little given, and later, you will see an increase.’ I knew I had to be obedient to the Lord. It’s been quite a journey.”

Tweet This: "The Lord told me at the beginning, ‘I want to see how you will use the little given, and later, you will see an increase.’" #prolife