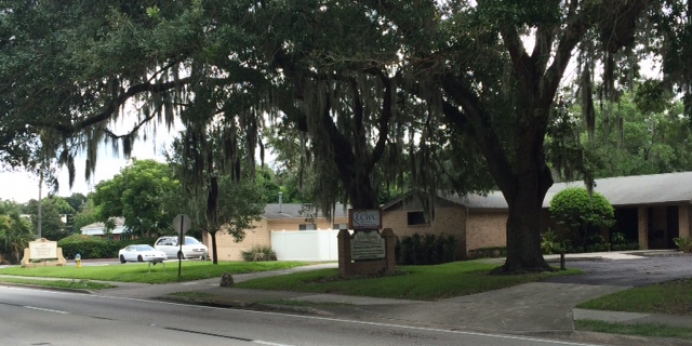 Before the doors had even been unlocked on the opening day of Life Choices Women’s Center’s new location in Altamonte Springs, Fla., two girls were knocking to get in. They had been on their way to the abortion clinic when something led them both to the pregnancy center, created to support women and girls facing unexpected pregnancies.

“Both girls were counseled,” Norma Stives, executive director of Life Choices Women’s Center, said. “Both saw the truth. They were so moved by what they heard that they changed their minds about abortion.”

The new Life Choices Women’s Center opened July 18 and is just down the street from the former location. That slight change of address is likely to have a major impact in helping Stives and her team save lives and change hearts. That’s because it’s situated right next to an abortion facility. So close, the two buildings share a driveway.

“We had been looking to move to a larger location,” Stives said. “Our old location was too small, and sometimes we were so busy we had people waiting. So the Lord answered our prayers, but he answered them in a way we didn’t expect. We never dreamt it would happen like this. We didn’t know if we could afford the rent but we took a leap of faith and called the landlord. Many people wanted it and were offering more money. It was up to the landlord. Our board of directors put some conditions in place, and the conditions were met and then some in two days. We knew the Lord was calling us.”

Of the 15 clients Life Choices Women’s Center sees in a week, about four are abortion-minded. Recently, a young girl came in with her mother seeking an abortion. They wanted to see how far along the girl was, and the counselors offered them an ultrasound.

“The mom was really touched. She cried,” Stives said. “It turns out she had been the victim of Planned Parenthood and had an abortion. All of her family was for having an abortion. The girl’s father had also been involved in an abortion when he was young. But when they came here, they saw the truth.”

Tweet This: "All her family was for #abortion. When they came here, they saw the truth." #prolife #defundpp

Jeanne Pernia, client director at Heartbeat of Miami Pregnancy Help Medical Clinic—a finalist for WORLD Magazine's 2015 Hope Award—knows firsthand the power of location for a pregnancy help center or medical clinic. After serving women from 2007-13 in the building right next to the former abortion clinic her mother owned, and where suffered her own abortion, Pernia saw her story come full circle in July 2013, when Heartbeat moved into the very office her mother’s abortion clinic used to occupy.

“[This location] is vital because being closer to the abortion business is going to give a much greater opportunity for a woman to walk into a pregnancy center and get facts so that she can make an informed decision,” Pernia said.

Stives recently received a call from a woman who had a scheduled abortion at the clinic next door to them. She was inquiring about Life Choices’ abortion rates in order to compare them to the clinic’s.

“We told her we don’t perform abortions, but we could give her the information about abortions,” Stives said. “She came over with her husband and their baby and it turned out there were financial circumstances that led to the decision to abort. We had a conversation about it, and we have a benefactor who has the ability to help hardworking people. We were able to let this father know that he could apply for a job with this gentleman.

“They did an ultrasound, and as soon as she saw the baby, she instantaneously changed her mind.”

Pregnancy centers across the country are making the move to position themselves in close proximity to abortion clinics. Seneca Choices for Life in Columbus, Ga. is currently working to secure its own location 10 feet away from an abortion clinic, while Turning Point Pregnancy Resource Center in San Diego now shares a wall with an abortion facility.

Tweet This: Once a woman walks inside Life Choices, her world can change for the better.

In addition to the free pregnancy tests and ultrasounds, Life Choices Women’s continues to work with women and families long after they choose life.

“We keep contact with them,” Stives said. “They attend the Earn While You Learn program, a program to educate women on pregnancy development, what they can expect, parenting skills, potting training. It goes to four or five years old. Parents can learn to take care of babies. Life skills such as budgeting, applying for jobs, Bible study if interested. And the boutique bucks accumulate and you can buy what you needs—cribs, wipes, whatever you need.”

Stives is currently working to train more nurses and ultrasound technicians so Life Choices Women’s Center can serve even more women in the community. She also plans to add a prenatal care clinic in the future.

Another tangible goal for Stives, however, is to see the neighboring abortion clinic close its doors permanently by 2017.