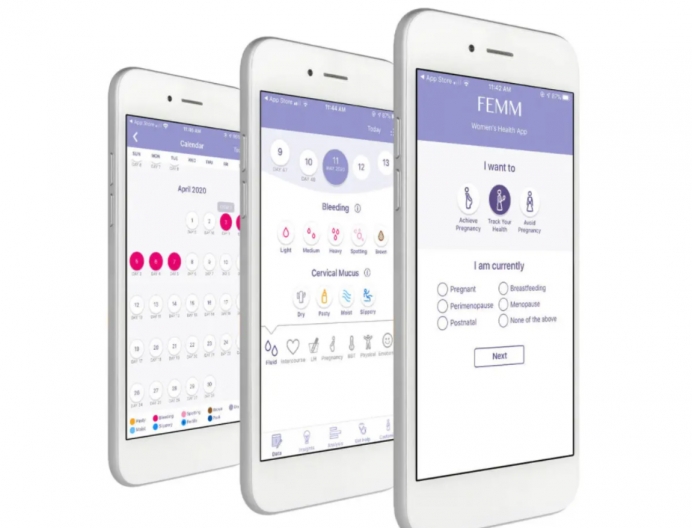 The women’s health and fertility app FEMM has been targeted by a group known for assailing pro-life supporters. Individuals behind a website called exposefakeclinics.com also initiated the Abortion Access Hackathon, a crusade originating in 2017 to organize abortion proponents technologically and excoriate pro-life groups. The exposefakeclinics website similarly seeks to mobilize abortion supporters to negatively assail the FEMM app online with negative reviews.

A closer look at the pro-abortion website’s claims against FEMM begs the question of just who is purveying fake news.

The group behind exposefakeclinics, a long laundry list of abortion activist entities, attempts to smear the fertility app for, among other things, its being backed by pro-life people of faith, the fact it’s used by a pregnancy center network that receives federal funding, and for failing to push birth control and condoms.

Castigating the fertility app for not promoting birth control and instead daring to recommend abstinence from genital contact to avoid pregnancy, the exposefakeclinics abortion website deemed the FEMM app “dangerous.”

Pushback from abortion supporters against pro-life efforts is no surprise since any alternative to abortion constitutes a threat to abortion revenue. And so, the fake news/fake clinics site’s attempt to drag the FEMM app into the abortion debate - complaining that the app’s developer received funds from a Catholic charity - suggests the real issue is about money.

Founded in 2012, FEMM Health, the fertility app’s developer strives to, “educate women to be agents in the management and care of their overall reproductive health and well-being,” according to the organization’s info. “FEMM’s (Fertility Education and Medical Management) mission is to provide comprehensive health care and education to all women at all stages of their lives,” the group says.

And the FEMM app is based upon helping women understand their hormones and the impact they have on every organ and system in a woman’s body, empowering women to take charge of their health.

The app “is developed with the input and feedback of doctors and health professionals and provides the latest science and evidence-based research to its users,” FEMM’s info states, “bringing the best in science and research to women around the world.”

In addition to the app created to assist women in tracking their health and fertility, the U.S.-based non-profit provides instruction to women desiring to learn more about their bodies and health, to individuals interested in becoming FEMM teachers, and to medical personnel who are interested in incorporating FEMM and its protocols into their practice.

The FEMM app helps women understand and identify their individual health and fertility patterns, so then they can identify health problems early if they arise. If they do experience any difficulty, the app can connect them to FEMM’s global network of educators and medical doctors to receive diagnosis and treatment.

Helping women to understand their fertility as it relates to their overall health is a worthy goal, a goal in line, one would think, with helping women make authentic choices about their health.

Tweet This: Helping women understand their fertility & overall health is a worthy goal in line w/helping them make authentic choices about their health

But no, those behind the exposefakeclinics site can’t get over the fact that some of FEMM’s educators and researchers have publicly expressed pro-life views.

Among the weak claims the pro-abortion site makes is that “a lead researcher for Femm isn’t even licensced to practice medicine in the United States!” That’s a direct quote, typo and all.

Anna Halpine, Yale graduate and CEO of the FEMM foundation, addressed the concern in a 2019 interview with Catholic News Agency (CNA).

Additionally, the exposefakeclinics site shouts about the FEMM app in all caps:

“AND WANNA GET REALLY MAD? Fake Clinics ARE RECEIVING YOUR TAX DOLLARS TO USE THIS APP TO ‘EDUCATE PEOPLE’ Yep.”

The caps and bold font have these abortion activists screaming at you - further adding to the fake news component of the attack.

After shouting at readers, the fake news pro-abortion site offers as explanation for the tax dollar complaint the fact that the FEMM app is being used by the Obria Group pregnancy center network.

Obria was able to apply for Title X funds after Planned Parenthood walked away from its Title X taxpayer funding because it couldn’t separate itself from abortion.

So, the nation’s largest abortion business can’t have those Title X family planning dollars because it disqualified itself, and it would seem, according the exposefakeclinics logic, that neither should a fertility app.

This app is serving women wishing to be educated about their fertility - which is a choice. But the pro-abortion website’s claims are a naked ploy to negatively portray FEMM because it doesn’t promote chemical birth control or abortion.

Such attempts to paint a fertility app as fraudulent and exploitive pale in comparison to the nation’s largest abortion chain taking advantage of the coronavirus for illicit financial gain.

During the pandemic, Planned Parenthood illegally applied for and received 80 million dollars, taken from the Paycheck Protection Program (PPP). Planned Parenthood took relief funds that were intended to benefit employees to further the abortion agenda.

I imagine the pro-abortion individuals behind the exposefakeclinics site will take no issue with the abortion giant exploiting the pandemic for cash.

The FEMM app really has nothing to do with abortion, precisely because it pertains to fertility and women’s health, and abortion is the antithesis of this.

Because the fertility app does not promote abortion or contraception, abortion apologists feel the need to try and hijack its territory to denigrate it with their all-roads-lead-to-abortion mindset. Educating women on their bodies and understanding their health shouldn’t be a threat to anyone, unless the well-being of women is not the priority.

Halpine answered charges in a 2019 Guardian hit piece claiming that the FEMM Foundation is “funded and led by anti-abortion, anti-gay Catholic campaigners,” stating the ideology of the group and its funders is irrelevant because the FEMM app is “not dealing with the question of abortion in the work and the research and training we offer.”

“FEMM has never commented on the abortion issue,” she said. “And doesn’t work in that area. FEMM is an organization committed to expanding information research and knowledge about women’s reproductive health around the world.”

This illustrates how the FEMM app was designed as an aid for women in monitoring their health.

As far as the Guardian’s headline smear of FEMM benefactors as “anti-abortion, anti-gay Catholic,” this smacks of religious bias. The Catholic Church’s opposition to abortion is well known and thousands of years old, as is the biblical definition of marriage, which the Church also upholds. Affixing the “anti-gay” label due to recognition of God’s plan for marriage, while common, is also fake news. The fact the exposefakeclinics website relies on the Guardian’s slanted article to make its case is also unsurprising. It is important to note that respecting others regardless of their religious beliefs, including Christianity and Catholicism, is paramount to human rights. It is possible to disagree without hate. Likewise, disagreeing is not synonymous with hating. But the rhetoric of pro-abortionists intends to influence the public with that falsehood.

Halpine elaborates further on the FEMM app’s intent to assist women in monitoring their health in the CNA article, saying:

“We think that this knowledge is basic women's health literacy, and we think every woman has the right to know how her body works, in order to make an informed choice about how she wants to manage her fertility.”

This fertility app is not about the abortion debate, rather, an emphasis on women's health and giving women all options and educational tools to make the best decisions for their lives.

Women choose it of their own free will. It is nondiscriminatory. It can help people avoid poverty. It is counterintuitive to create an argument where there is none. The underlying tone of these fallacious accusations suggest the myth that being pro-life is really just “pro-birth.” However, this falsehood is also disproven as FEMM aids in the desire to achieve or prevent pregnancy. Again, the emphasis is on individual choice, not forceful religious dogma as portrayed by exposefakeclinics.com.

The pro-abortion protestations against natural fertility tracking also sell out the best interest of women. The fact is there are always risks with hormonal birth control, and for women to have full choice, they deserve full information. Rhetoric that pressures women into hormonal birth control, or paints other methods as lesser options, demeaning these choices, is dark and manipulative- certainly not indicative of authentic choice.

By providing a non-hormonal option for women all over the world, FEMM leaves no woman behind. In offering a tool that can benefit all women, those behind FEMM can truly say they support and respect all women.

The exposefakeclinics claims against the FEMM app are dubious and refutable, indicative of nothing more than rabid pro-abortion ideology.