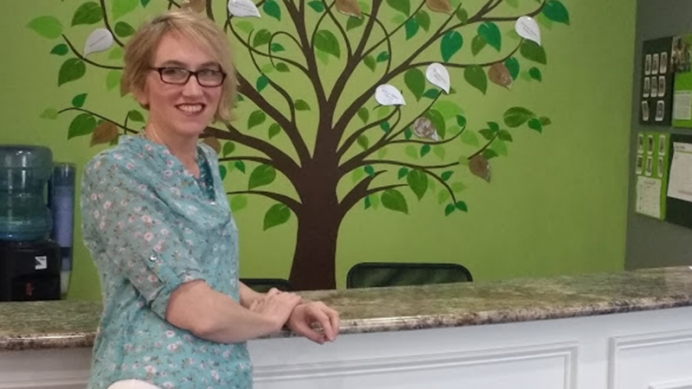 After seven years of teaching healthy relationships in Ohio school districts, Sherry Weller's clinic got the boot from a new superintendent who didn't want a "faith-based" center in her schools. Photo Courtesy: Sherry Weller

For more than seven years, Ohio’s New Life Clinic addressed relationships, abstinence, and healthy lifestyles with about 500 middle school students, including those attending the Wilmington City School District. Last fall, a new superintendent took the reins in that district and terminated the clinic’s program.

“The principal (of one of the schools) called and said, ‘There’s been a stop put on the program,’” said New Life Clinic executive director Sherry Weller. “We met with the superintendent, and we were very transparent with her. We showed her the curriculum, a character education program.

“She said, ‘You’re a faith-based group—it’s a matter of separation of church and state.’ I explained to her we don’t use Scripture, and we don’t use graphic material. Still, we left the meeting told we couldn’t come into the class. It was apparent she had made up her mind. We were very disappointed.”

Weller said she was also told that no outside groups would be coming in to talk about such matters, that the health teacher was “capable.”

Not long thereafter, Weller’s 9th grade daughter went through a sexual health program in the same district, presented by an outside group. The experience was “embarrassing” to the girl, Weller said, for it included graphic photos.

“I got the feeling parents didn’t know what was going on,” Weller said. “We certainly didn’t.”

She and her husband talked with the teacher and principal of the school.

“I felt we were heard there,” she said.

She discussed the situation with New Life’s Board of Directors, citing the fact the district superintendent said no outside groups would present sexual health programs in the schools and yet it happened. They considered taking action and reached out to the National Institute of Family and Life Advocates (NIFLA) for advice.

“We were told applying parental pressure was the best option,” Weller said. “Our Board was wise. Although they were upset, too, they decided to pray about it, not sue or write letters to the editor. That’s not the type of publicity we really want, and we have to be careful about that.”

Where once New Life had reached about 500 seventh grade students a year with the program, that number is now cut in half. Thus far, no other district has barred New Life’s health educator from classrooms.

“Although we live in a pretty protective, conservative area, the door is getting more and more closed,” Weller said. “I do feel as Christians, our voices need to be heard.”

She spoke about the instances at the center’s recent Walk for Life.

“I shared about the incident in my daughter’s class and the fact our program isn’t allowed in the Wilmington City School District,” Weller said. “I asked for prayer, for us to have a clear direction from the Lord, and I asked those gathered to speak up and send letters. We’re continuing to bathe it all in prayer.”

Despite being part of the community for more than 30 years, raising awareness of New Life and its many services is still necessary. Therefore, Weller said she is focusing on community outreach. The clinic sees about 1,000 clients annually, about 250 of whom are new. Also new is the organization’s location, which moved across from the courthouse two years ago. But there is still work to do, Weller said.

“There’s still stigma in the community, so I’m going to be focused on marketing, reaching out to more clients, being out in the community more,” she said. “We’re the best kept secret in Clinton County. This has been an eye-opening experience for us—we need to know more about how our community sees us. We want to be relevant to our community.”