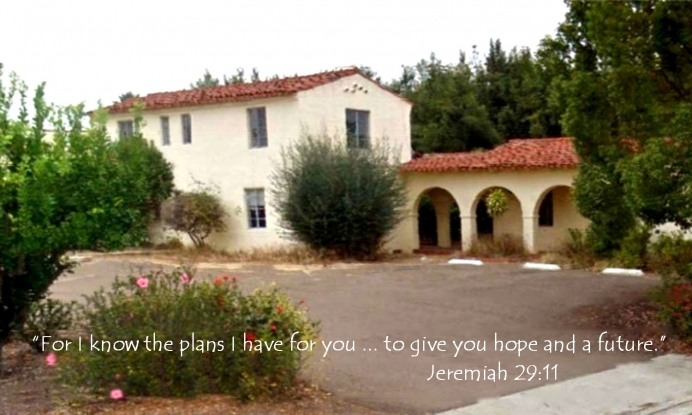 Expectant Parents Hoping to "Give Birth" to Maternity Home

In the stunning, seaside city of San Diego, a brand new maternity home is in the process of opening. Located in the suburban area of Lemon Grove, the “Twenty-Nine: Eleven Maternity Home” (from Jeremiah 29:11) is the vision of a local couple, Mike and Beckie Perez.

Mike Perez originally bought the property as a second location for his attorney practice, but the couple felt almost immediately that God was calling them to do something more profound with the home. He and Beckie began to pray about using it for a ministry.

Although friends at their local church gave them many suggestions, nothing felt quite right.

“A few years ago, God dropped this idea in my lap for a crisis pregnancy house, which I’d never really heard of before,” Beckie Perez said.

While reading Philip Yancey's What’s So Amazing about Grace?, she first heard about the idea of a maternity home.

“That was something that connected with me,” Perez said. “When I became a mom 10 years ago, children and orphans began to affect me, so I brought the idea to my husband.”

Mike grew up in a hard-working, but poor family, and had long had it in his heart to help the underprivileged.

“We were able to merge our two passions,” Beckie Perez said. “We didn’t really share the vision with people for a while. In June of 2014, I felt like God was calling me to release the vision to my friends and family. I put a prayer request on Facebook, briefly talking about what we wanted to do. Within days, God started making connections with people because of that.”

After connecting with Mary Peterson, Heartbeat International’s housing consultant, they were challenged to test their vision further by exploring the need of the community for a new maternity home.

Although there were other homes in the area dedicated to women escaping sex trafficking, or those purely adoption-minded, there wasn’t a resource for women with unplanned pregnancies who wished to parent their children. Their vision was indeed unique.

“God started putting all the pieces together pretty quickly,” Perez said. “I went to my first Heartbeat Conference in April. I was able to connect with a lot of maternity home leaders. That helped us process the next steps.”

Although the Mission-style house is ideal for a future home, there are still some serious renovations needed before a grand opening. A doctor had originally owned the two-story home, dating back to the 1930’s, and he had used a smaller building in front of the home for his practice.

The Perez’s hope to use the front house for an office space and counseling area, while converting the larger two-story house into a home for residents.

“The beginning of the year, we are going to get really serious about fundraising,” Perez said. “We’ve done banquet trainings through Life Steward Ministries. In the early fall of 2016, we’ll do a banquet, and in the meantime plan some smaller events like a 5K run.”

Perez said she hopes to see a home that helps women achieve their goals, from finishing a high school education to maintaining independence after leaving.

“We want this to be not just a shelter, but a comprehensive and individualized program,” Perez said, with hope in her voice. “We want the women who come into our homes to leave a better person. A lot of that will be fostering a relationship with Jesus.”

With their fourth baby on the way, the Perez family is nothing if not busy, hoping to begin serving clients in the fall of 2016.

“It’s like birthing two kids at once,” Perez laughed.