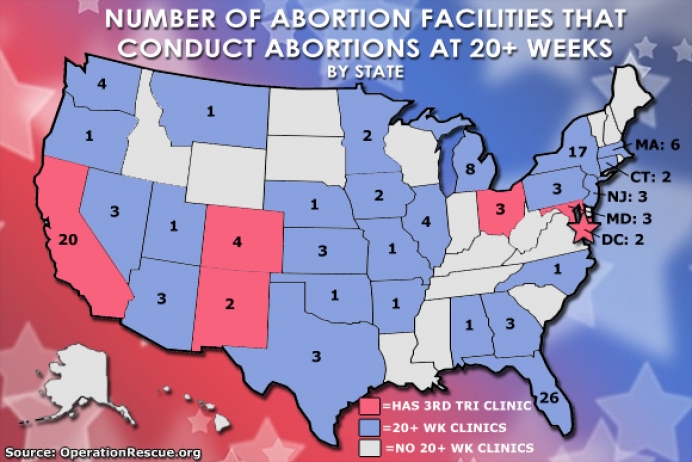 (Operation Rescue) A new survey of abortion facilities in the U.S. has revealed a new, disturbing industry-wide trend that shows that overall in 2019, surgical abortion facilities have expanded into the late-term abortion market, where lucrative multi-day procedures can reap quick profits.

The survey also found the following:

Tweet This: The number of abortion facilities willing to do abortions after 20 weeks gestation increased in 2019.

“Much of the data gathered during our survey this year either debunks pro-abortion rhetoric or red-flags dangerous trends,” said Troy Newman, President of Operation Rescue. “We see women being exploited by rising prices and a rush to get abortions done. We also see abortion becoming riskier with the new push into dangerous late-term abortions. This information exposes areas where more can be done to save lives.”

Each year, Operation Rescue conducts a nationwide survey that involves contact with each abortion business in the U.S.  The information gathered about the abortion clinics and their practices represents the most accurate data available.

This most recent data was compiled by Operation Rescue, which conducted a survey of all abortion facilities in the U.S. from November 18 through December 6, 2019.

Operation Rescue defines “abortion clinics” as those businesses that conduct abortions outside a hospital setting.  There are two categories of abortion clinics: