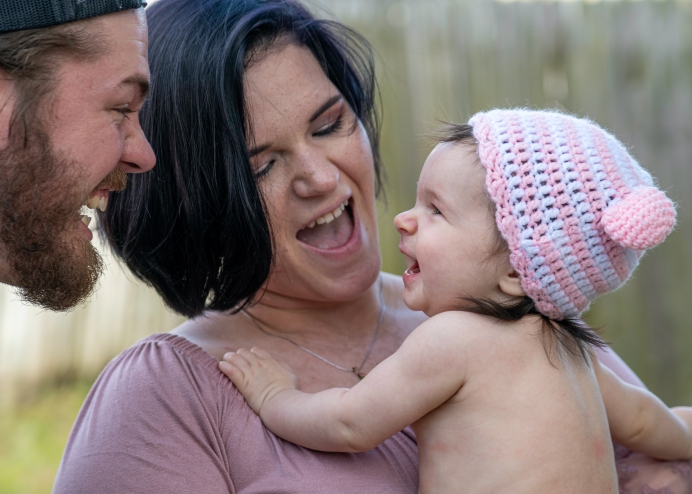 (National Right to Life) Shortly before Thanksgiving, the U.S. Centers for Disease Control (CDC) released its latest abortion surveillance report for 2017 and for 2018. The numbers for 2017 were at some all-time lows, but unfortunately, there was an increase for 2018.

Whether this reflects a reversal of a long time downward trend or merely a statistical aberration, only time will tell. But if you compare the major CDC abortion measures in 2008 (825,564 abortions) to the CDC figures for 2018 (619, 591 abortions), the number has dropped by nearly 25 percent in a decade.

As always with CDC numbers, we offer the important caveat that its numbers underestimate the actual totals. There is no data from California, New Hampshire, and Maryland, which the CDC says would otherwise account for nearly one out of every five abortions performed in the U.S.

Even where they do have data, the CDC relies on the reports of state health departments which miss a certain percentage of those abortions found by the Guttmacher Institute, which surveys abortion clinics directly.

Consequently, while no one, including the CDC, thinks its numbers present a reliable national total, they still provide a regular benchmark and are useful for tracking long term demographic trends.

Other CDC measures of abortion show a similar trend. For the CDC, the abortion rate measures the number of abortions per 1,000 women of reproductive age (15-44 years).

The abortion ratio looks at the number of abortions for every thousand live births. Both those measures dropped for 2017 but rose for 2018.

Even with that very slight increase, every abortion rate from 2011 on has been lower than the abortion rate recorded in 1973, the first year abortion was legalized throughout the United States.

The abortion ratio looks specifically at the outcomes with pregnant women. The number dropped from 186 abortions for every thousand live births in 2016 to 185 in 2017. It jumped 2% in 2018, rising to 189 abortions for every thousand live births. Again, even with that increase, the abortion ration is much lower than the 196.3 recorded in 1973, Roe’s first year.

Taken together, what these results mean is that, we are still very close to the lowest points ever recorded by the CDC. Figures might be higher if data from California, New Hampshire, and Maryland were factored in. Even so, they would still be only about half the figures recorded back in the 80s and 90s.( For example, in 1990, the CDC counted 1,429,247 abortions . In 1989 the abortion rate was 25 per 1,000 women of childbearing age, according to the CDC. In 1984, the CDC calculated the abortion ratio at 364.1 for every 1,000 live births.)

Any way one looks at it, abortion has become a less common feature of American women’s lives. Though the population has increased, fewer women are having abortions. The likelihood of a pregnant woman choosing to abort her baby has dropped considerably. And that is an enormous tribute to the faithful work of the pro-life community.

Tweet This: The likelihood a pregnant woman will abort her baby has dropped considerably- An enormous tribute to the pro-life community's faithful work.

Editor’s note. Randall K. O’Bannon, Ph.D. is the National Right to Life Committee's Director of Education & Research. This article was published by NRLC and is reprinted with permission. O’Bannon will offer a subsequent more detailed analysis on the CDC abortion stats.