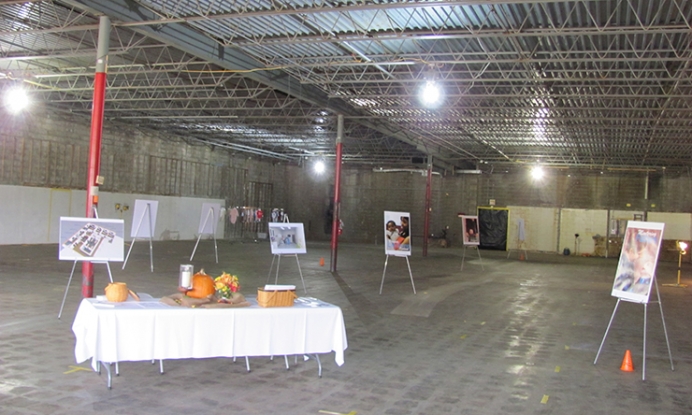 The Illinois-based classic, “The Blues Brothers,” nails it with the line, “The Lord provides in mysterious ways.”

For the team at the Women’s Care Clinic in Danville, Ill., the Lord has mysteriously provided with an opportunity to expand their base of operations. And they’re certainly not feeling blue about the chance to move to a bigger, newer facility.

Bethany Hager, the organization’s public relations manager, said the clinic purchased space in a new building roughly two miles away from its current location on West Williams Street for about $100,000 in the fall of 2013, which it hopes to move into in the coming year.

The building, a former grocery store, is roughly 10,000 square feet, tripling the amount of square footage in the current facility. Women’s Care Clinic bought the property at a fixer-upper price after it went into foreclosure, taking advantage of the opportunity to maximize its capacity.

“The new facility will allow us to expand our programming and offer more services to our clients,” Hager said, adding support groups will have more space to operate.

Tweet This: #Danville Women's Care Clinic will triple its capacity with its new building.

Serving women and families in Vermillion County, the clinic originated as “Help Ministries, Inc.” in 1992. Over the next few years, the organization expanded to a combination house/office and later to an office building in 2003.

Today, the clinic—staffed by eight salaried workers and a team of 25 volunteers—now offers medical services including pregnancy tests and limited obstetrical ultrasound. One of the proposed goals of the new renovation is to expand medical services to STD/STI testing, which will put the clinic in a group of 17 percent of total pregnancy help organizations now offering STD/STI testing.

Education is a key component of Women’s Care Clinic, as expectant mothers can attend bi-weekly meetings with volunteer advocates and nurses. Additionally, monthly meetings of the Bridges Groups provide support and spiritual fellowship.

“This new addition will definitely help with those groups’ missions,” Hager said.

The Bridges Groups currently contain 50 members, broken down into roughly four sub-groups of 10 to 12 members each.

“We’re hoping to expand the age range of our support groups as well,” Hager said. “Normally, when the child turns 1, the mother graduates and we have to bid her farewell. We’re hoping to be able to expand so that we help parents with 1-, 2- and even 3-year-olds.”

While the move-in date is tentative, Hager said she expects renovation work to begin in late spring or early summer, with an estimated construction time of between nine and 16 months before complete move-in.

Women’s Care Clinic is raising funds to complete the renovation project and has also garnered public support in the region. In April, it will hold its 18th annual Banquet for Life fundraiser. The Clinic has already received gifts from some supporters in the area, she added.

Tweet This: "We just want to really do God's work."

“We are excited for the opportunities this new building will create, for us to deliver help to more families of Vermilion County,” Executive Director April Brown said. “The Women’s Care Clinic seeks to give hope, engage support, promote life-saving options, and share God’s plan for moms, dads, and babies in Danville and surrounding areas.  Moving our operations to 1509 North Bowman Avenue will fulfill a long-held vision of our board, staff, and community supporters.”

“We just want to really do God’s work,” Hager said.