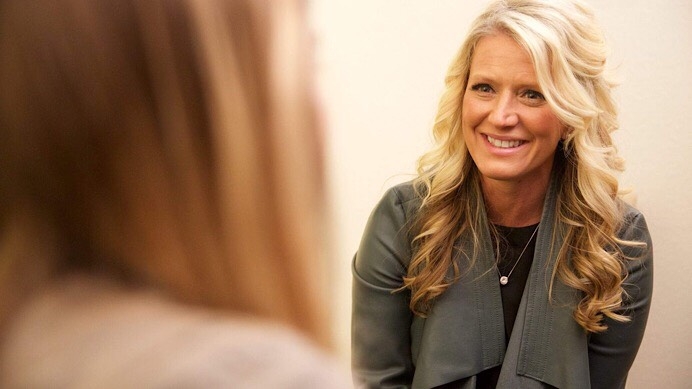 I was only three weeks into my job as Executive Director of a local pregnancy center when I attended my first judiciary committee hearing in the California legislature. The hearing had to do with a law that posed a significant threat to centers like ours, and I immediately felt the weight of my position.

California AB775 threatened the freedom of speech of all pregnancy centers. The idea that the government could legally force us to tell clients where they could obtain an abortion, to have that language printed on our paperwork next to our logo and hanging on our waiting room walls… the threat was real, and it was appalling.

I remember thinking, “How could this be happening? God, where are you?”

The internal battle was just as fierce, and our future looked bleak. With only one payroll left, a mass exodus of staff and volunteers due to internal strife, and a battle of red tape with the state to license our new mobile clinic—it felt hopeless.

The attacks were coming from all sides—both externally and internally.

One night after leaving the clinic, I called my sister and told her that I felt as if someone had put a bag over my head and was suffocating me. It was just the beginning, but the battle seemed too much to bear, and I was already looking for a way to escape.

I will never forget what she said: “Heidi, the enemy sees you coming, and he knows what you're capable of. You are a daughter of the King of Kings, and He has equipped you for this battle. Go, fight for life. Fight for the unborn and fight for women who deserve an alternative to the Planned Parenthood option. He has you here for such a time as this. Now go—put your armor on because what was intended to harm you, God will use for His glory.”

God had intended for our future to look hopeless, and He allowed the attacks to bring us all to our knees for that is how He gets the ultimate glory. In our weakness, He is strong.

When AB775 was passed in 2016, all seemed lost. But God’s work was not done. In March 2018, Alliance Defending Freedom and the National Institute of Family and Life Advocates stood before the Supreme Court of the United States declaring the injustice forced upon all pregnancy centers in California.

With a highly publicized 5-4 victory, the entire nation heard about pregnancy centers. Women all over the country, some possibly for the first time, learned that they had an alternative to Planned Parenthood—a free alternative. Now, California pregnancy centers no longer have to fear being forced to advertise for abortion, since a federal district court issued an order that permanently ends enforcement of California AB 775.

Don’t ever underestimate God when all seems lost.

Tweet This: "Don’t ever underestimate God when all seems lost." @AllianceDefends @NIFLA #prolife

In three years, our little clinic has grown to include eleven staff, two OBGYNs, a physician assistant, four registered nurses, and two Registered Diagnostic Medical Sonographers (those licensed to perform ultrasounds). We have tripled the number of clients we serve in a year and now have a mobile clinic serving the community in multiple locations.

When you know Jesus, you know the battle is not to harm, it is only meant to strengthen and unify and make us a mighty force to be reckoned with. Together, every pregnancy center fights the battle to protect life, a battle each of us is called into because we believe God is the author and perfecter of life.

When you wonder where God is in the midst of battle, know he is there right next to you fighting on your behalf, for your good and His glory.

Heidi Matzke is the executive director of Alternatives Pregnancy Center in Sacramento.

This commentary originally appeared on the blog of Alliance Defending Freedom and was reprinted with permission.