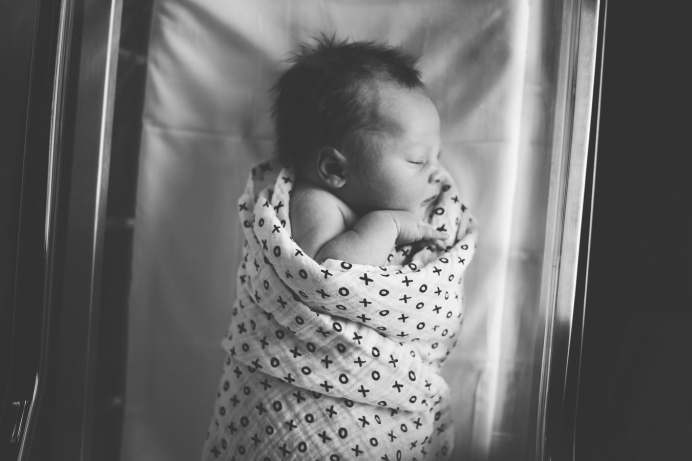 The uproar over New York State’s Reproductive Health Act, which “strips abortions from the penal code” and allows late-term abortions performed by “health-care practitioners” when the “patient is within 24 weeks from the commencement of pregnancy, or there is an absence of fetal viability or the abortion is necessary to protect the patient’s life or health” should come as no surprise.

These and similar efforts in other states are the rotten fruit of a culture that has long-abandoned the sanctity of life endowed by our Creator. We are our own gods now. Listen to the rhetoric for proof. Women make abortion decisions, no one else. Men lost their right long ago to have a say in the matter. The familiar clichés about “a woman’s right to choose” and “a woman’s body” are repeated as if that settles everything.

Even in cases of abortion after birth, which a 2012 article by bioethicists Alberto Giubilini and Francesca Minerva, cited in The Washington Post, claims is not out of bounds. After-birth abortion, they maintain, “…could be ethically permissible in all the circumstances where abortion would be. ...We propose to call this practice ‘after-birth abortion,’ rather than ‘infanticide,’ to emphasize that the moral status of the individual killed is comparable with that of a fetus (on which ‘abortions’ in the traditional sense are performed) rather than to that of a child.”

Sound extreme? Abortion on demand once sounded extreme, too.

What has been legislated in New York, been attempted in Virginia and may be coming soon to a state near you, can be considered nothing less than an updated form of child sacrifice. Some ancient cultures offered their children on altars of fire or killed them and presented them to gods in hopes of receiving some twisted blessing. Instead, their uncivilized civilizations collapsed from moral rot.

Child sacrifice was specifically condemned in the Bible. In Leviticus 18:21, 20:3 and Deuteronomy 12:30-31 and 18:10, there are condemnations and laws against child sacrifice, along with human sacrifice in general. Human sacrifices are seen as the barbaric customs of idol worshippers.

Modern idols—personal peace, convenience, pleasure—are more sophisticated. Our sacrifices today are justified on the basis of who is inconvenient, imperfect, or even the wrong sex. Did we think we could get away with this and not suffer national, cultural, and spiritual consequences? A booming economy does not supplant a bankrupt morality.

Tweet This: “These...are the rotten fruit of a culture that has long-abandoned the sanctity of life endowed by our Creator.” @CalThomas #prolife

Many countries disallow abortions after 20 weeks. China allows nearly universal access to contraception and abortion, except in matters of sex selection, though how that is policed is almost impossible to comprehend. How many pregnancies were terminated in service to China’s former one-child policy? Many couples killed baby girls, preferring sons. Are we headed in that direction? Is it too horrible to contemplate? Not really. It’s only a matter of time and conditioning.

Abominable is defined as “a vile, shameful, or detestable action.” But what happens when the standard for such a definition is removed? Who then decides what is abominable?

We’ve abandoned the slippery slope, and now find ourselves wallowing in an ocean of blood. Margaret Sanger, the founder of Planned Parenthood and a eugenicist, would be happy.

“These two words [birth control],” she wrote, “sum up our whole philosophy. ...It means the release and cultivation of the better elements in our society, and the gradual suppression, elimination and eventual extinction, of defective stocks—those human weeds which threaten the blooming of the finest flowers of American civilization.”

When the story of America is written in the past tense, its collapse will have been caused by our indifference to God, and to all of the horrors that historically and inevitably follow it.

Cal Thomas is a nationally syndicated columnist. His latest book is “What Works: Common Sense Solutions for a Stronger America” (Zondervan, 2014). He is available to speak at fundraisers for pregnancy help organizations. Contact Gloria Leyda at Ambassador Speakers Bureau in Nashville (615) 370-4700.

Used by PregnancyHelpNews.com with permission.