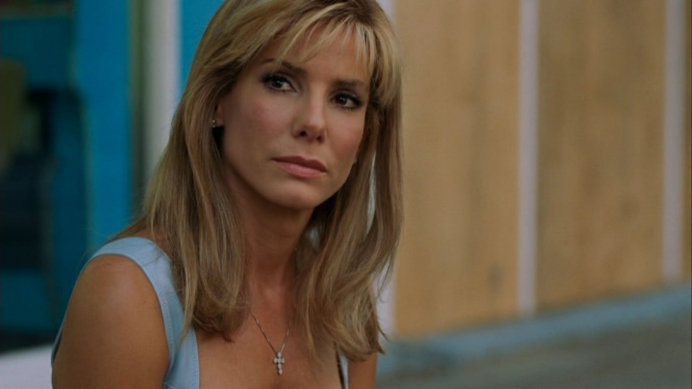 Apparently, Sandra Bullock is taking on the role of Texas state senator and abortion proponent Wendy Davis in the new movie, Let Her Speak. Woopee.

To jog our collective memories, Senator Davis was unknown before 2011, when she spent 11 hours on the floor of the Texas statehouse caterwauling over a reasonable bill which would have ended late-term abortions, required abortionists to carry admitting privileges at local hospitals and forced abortion facilities to conduct themselves like normal surgical facilities.

Davis filibustered the bill beyond the legislature’s deadline, which is her greatest claim to fame. Of course, her efforts ultimately came to nothing, because the legislation passed in a later session.

Davis then capitalized on her celebrity status among the left, winning the Democratic nomination for governor in the 2014 election. The abortion lobby ran to her side, pouring money into the Davis campaign.

Not surprisingly, Greg Abbott won the race in one of Texas’ greatest landslides. Abbott took more than 59 percent of the vote to Davis’ 38 percent—a blowout of epic proportions.

So of course, Hollywood can’t wait to make a movie about Davis, roundly rejected by her home state. And they chose A-Lister Sandra Bullock for the role of Davis.

Full disclosure; I’m a fan of Sandra Bullock. She did an outstanding job in The Blind Side, one of my favorite movies. I can name many others where she captured her role amazingly well. If you’re looking for me to start some kind of “Boycott Sandra Bullock Movies” campaign, it ain’t gonna happen.

But I do have some predictions for Ms. Bullock and her new role as Davis. Here goes, Sandra:

First, you can count on fawning from the Hollywood Elite. They will love you for this. Look for celeb magazines to come to you gushing with pride, writing stories of your “bravery” for stepping out and taking on this “weighty” and “controversial” role. Your shoulder blades will ache from all the pats on the back.

Second, the movie will garner “critical acclaim.” You’ll likely receive an Oscar nomination. Good for you. Movie critics will tearfully tell us this “story that had to be told,” and remind us of the “courage” it took for the producers, writers and actors (like you) who dared to “speak truth to power” by taking on this movie.

But, there are a couple of downsides.

For one, if this movie has the same results as any of the other dozens of flicks where the Left tries to rewrite history, not many will show up at the box office. Unsurprisingly, your movie will flop.

Perhaps worse than the box office disaster (heck, you’ll pocket a paycheck no matter what), few will care about Let Her Speak. Movie audiences go to movies to escape and be entertained. They have little interest in being harangued for not supporting abortion at all costs at all times. It’s not how people want to spend their hard-earned money.

And, not only will few show up to watch your movie; they won’t be talking about you around the water cooler either. Because most people just don’t care when a bunch of angry Hollywood types try to tell us what to believe.

When Wendy Davis took her views to the voters in Texas, 19 counties voted for her. This doesn’t sound too bad, until one notices Texas has 254 counties. Davis then, was walloped 235-19. Glad this wasn’t a football game.

Wendy Davis got pummeled at the polls because she was not likeable and held views most Texans (and Americans, for that matter) found abhorrent.

In Let Her Speak, you’ll no doubt try to rewrite that narrative and somehow show how “right” Davis was, despite all evidence to the contrary.

Have fun with that. I, along with just about everyone else, won’t be watching.