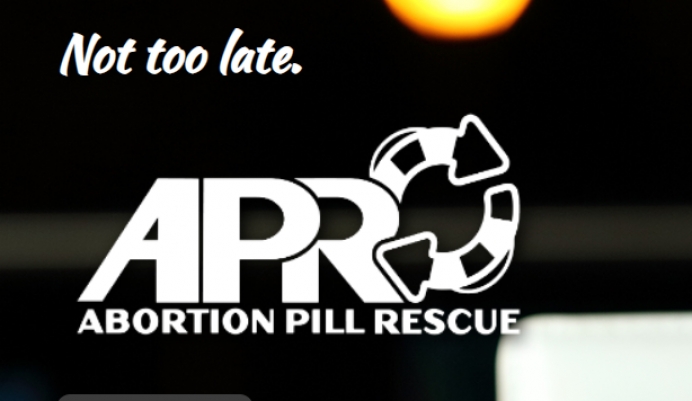 Update: On June 19, the Tennessee Senate passed legislation that includes the Abortion Pill Reversal Act Senate Bill 2465/House Bill 2568. The law will require abortion facilities to display signage informing women that a chemical (RU486) abortion may be reversed following the first dose of a two-pill protocol. It also requires a physician to directly provide the same information during informed consent, 48 hours prior to the abortion procedure. The pro-life bill was passed by the Senate 23 - 5, following the Tennessee House's passage of the bill June 1. Tennessee Gov. Bill Lee signed the bill July 13 as part of legislation that also bans abortion once a fetal heartbeat is detected. That provision, along with another prohibiting abortion based on race, sex or diagnosis of Down syndrome was blocked by a federal judge. The APR provision and another requiring medical professionals to offer to show the pregnant woman an ultrasound and let her hear her child's heartbeat before an abortion remained in place.

(LifeSiteNews) The Tennessee House voted 71-22 Monday to approve legislation requiring that abortion-minded women seeking abortion pills be given information on how to reverse them should they change their mind.

The bill requires women seeking a chemical to be made aware of the Abortion Pill Reversal (APR) technique. The abortion pill mifepristone (better known as RU-486) works by blocking the natural hormone progesterone that developing babies require to survive. APR consists of administering extra progesterone to counteract mifepristone’s effects, ideally within 24 hours of taking the abortion pill.

Specifically, anyone dispensing abortion pills must inform women of the possibility of reversal in person or by phone (depending on how the drugs are being dispensed), as well as post the information in the waiting areas of any facility that commits more than 50 abortions per year. Failure to comply could result in a $10,000 civil penalty as well as a felony charge.

“There are many pro-life bills each year, but this one has proven that it will save actual lives as it has already saved over 900 across the country,” said Will Brewer, Legislative Liaison for Tennessee Right to Life. “It is our hope that pro-life legislators will support this opportunity to give a woman all the information available about all her options especially when she may want to change her mind about an abortion decision. This information is important for the women of our state and their children.”

Tweet This: "This (abortion pill reversal) information is important for the women of our state and their children.” - Tennessee Right to Life

Tennessee Republican Gov. Bill Lee is pro-life. Whether the bill will reach his desk remains to be seen, as Senate leaders have indicated they are not currently interested in considering legislation not related to the COVID-19 outbreak, the Associated Press reported.

Detractors argue that APR is harmful and unproven, but as pro-life OB/GYN Dr. William Lile has explained, the technique is based on principles that are well understood from progesterone’s common, FDA-approved use in a variety of other pregnancy-related situations. APR has helped more than 1,000 women save their babies since 2007, according to Heartbeat International.

Editor's note:  Heartbeat International manages Pregnancy Help News and the Abortion Pill Rescue Network (APRN), a network of some 900 rescue providers and centers that facilitate and/or assist with the APR) protocol. This article was published by LifeSiteNews and is reprinted with permission.