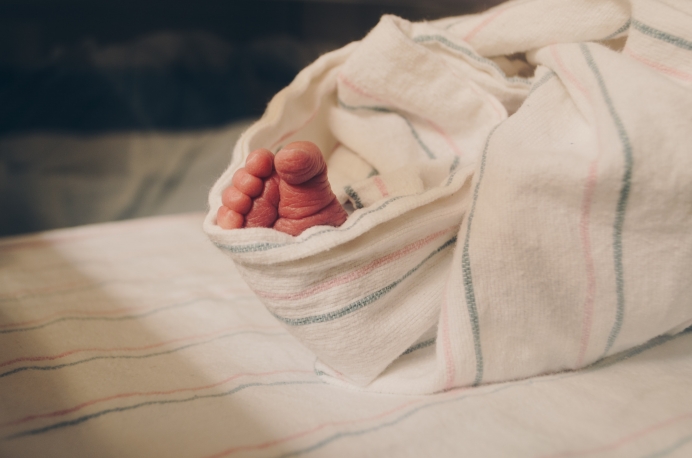 (CNA) A group of religious sisters in Santo Domingo, Ecuador has installed the country’s first baby drop-off box, as an alternative to abortion for mothers who find themselves unable to care for their newborns.

The Missionary Benedictines inaugurated the country’s first “Cradle of Life” baby drop-off box on Dec. 10 in Santo Domingo. The box is located in the exterior wall of their Happy Valley Home, a temporary shelter providing foster care for at-risk girls and adolescents.

The sisters will support babies left in the box for up to three months. If the mother wishes to come back for the baby, she can also receive support from the Happy Valley Home. If the mother does not return after three months, the baby will be given up for adoption.

Sister Carmela Ewa Pilarska, a member of the home's leadership team, said the project hopes to respond to cases of abandoned infants, such as those found occasionally in cardboard boxes or abandoned houses.

“We would like to be the voice for so many newborns who struggled to survive, and we're speaking up for those newborns who didn't have the same fate,” she said at a presentation of the “Cradle of Life” project.

Inside the drop-off box is a bassinet and a letter assuring mothers that their babies will be cared for with love and medical attention.

“We don't know what happened in your life that you're making this decision, and we're not judging it,” the letter says.

Tweet This: “We don't know what happened in your life that you're making this decision, and we're not judging it”

Women can leave their babies safely and anonymously in the box. Once the door to the box is closed from the outside, it cannot be reopened, thus ensuring the baby's safety. An alarm sounds inside the home, alerting the personnel of the baby's arrival.

“After waiting a short interval to protect the anonymity of the person leaving the baby, the inner door is opened, the baby is retrieved and immediately given the necessary care,” Sister Pilarska explained.

“Every life is a gift. Mother Teresa of Kolkata said that children are like stars, there's never too many,” she stressed.

The “Cradle for Life” initiative seeks to provide an alternative to abortions and follows in the footsteps of similar initiatives created in the United States and Europe. Notable efforts include Germany with 99 baby drop-off boxes, Poland with 45, the Czech Republic with 44, Hungary with 26 and Italy with eight. Such boxes are also present in Belgium, Switzerland, Canada, Malaysia and Japan, according to the Missionary Benedictine Sisters.

The sisters’ order was founded in Biala Cerkiew, Poland, in 1917 by Mother Jadwiga Josefa Kulesza, a cloistered Benedictine nun. Her goal was to help poor, abandoned, and homeless children, and she opened an orphanage after World War I.

The order currently has 280 sisters serving the needs of children in Poland, Ukraine, the United States, Brazil and Ecuador.

Editor's note: This article was first published by Catholic News Agency, and is reprinted here with permission.