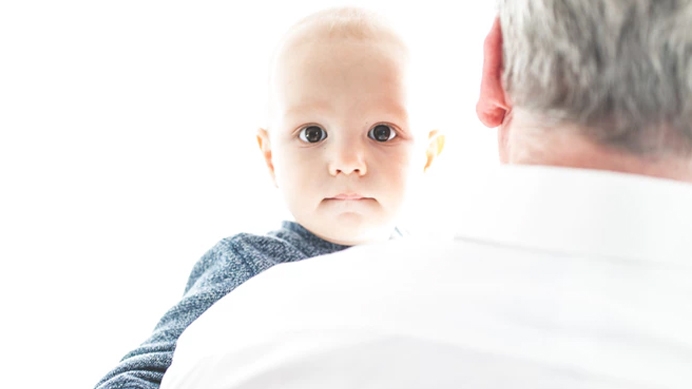 When “Brian” took his 16-year-old daughter “Eliza” to A Woman’s Pregnancy Center in Tallahassee, Florida, the last thing he was expecting was to be ministered to as well.

When a client comes into A Women’s Pregnancy Center with another person, the staff determines the other person’s relationship to the client and invites the support person to speak with a different counselor about their thoughts and feelings on the client’s situation.

“What we’ve found is they’re worried, they’re concerned, they ask how much longer it’s going to be, and we see that concern from the lobby,” said Sherri Daume, director of client services.“We see it as a ministry opportunity, a chance to share Jesus, that we don’t want to overlook.”

A Woman’s Pregnancy Center, located near the Florida State University campus, has served the community for over 30 years with pregnancy testing, post-abortion recovery and one-on-one mentoring for men and women. The center sees approximately 1,400 clients per year.

A few minutes after Eliza was called from the waiting room for her ultrasound appointment, a male counselor called for Brian.

Brian told the counselor he wanted his daughter to be safe but didn’t know how to make that happen. As for his wife, she was dead-set on Eliza having an abortion.

The counselor listened to Brian’s concerns and gently reminded him of his identity in Christ.

“You are Eliza’s father, and this is what God calls fathers to do,” the counselor told Brian.

“I’ve got goose pimples just remembering,” Daume said. “One man telling another man, ‘You are made in the image of God for a reason and a purpose. You are Eliza’s father AND the grandfather of her child. He is the Creator of the Universe and has given you this role. Trust Him, and He will equip you to take care of your family.' Brian came out of that session with a totally different demeanor.”

Tweet This: "Trust Him, and He will equip you to take care of your family." #prolife

Daume didn’t know about the transformation in Brian’s heart at the time. She was focused on performing an ultrasound on Eliza in the other room. Of course, Eliza had her own list of concerns—the fact that she was on the track team and her shame because her parents didn’t even know she was having sex.

As Eliza was signing papers for the ultrasound, Brian walked into the room.

“There’s a dynamic when the woman is there by herself, but when the male person or the support person she came with walks in the room, her demeanor changes,” Daume said.

Eliza was too ashamed to look at her dad. With her head turned away, she couldn’t see Brian’s eyes welling up with tears.

Daume started the ultrasound, and as soon as they saw the baby’s heartbeat, Eliza gasped and tears started running down her cheeks.

Daume saw the compassion in Brian’s eyes and asked if he was her dad and what he thought of the situation.

“Look at me,” Brian whispered. Eliza turned to him, and he rubbed her arm.

Eliza burst into tears. Her relief was overwhelming that she did not have to abort her child. After finishing the ultrasound, the staff let Eliza off the table so she could give her father a hug.

Daume said the staff has had moments like this with roommates, moms, and even grandmas raising five kids.