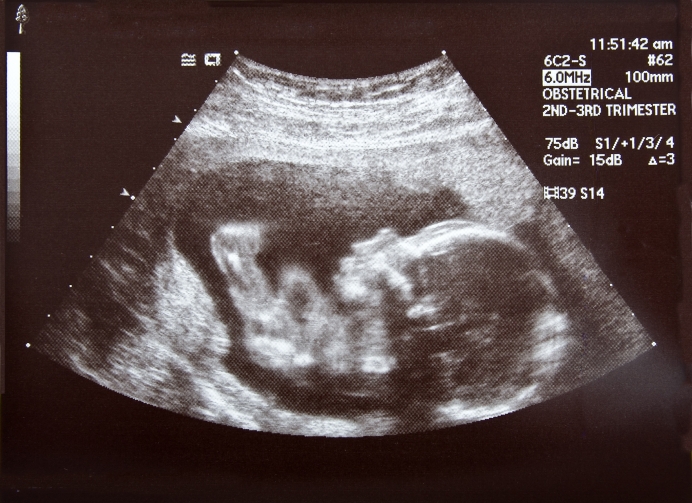 You’ve seen the photos of protestors holding signs at pro-abortion women’s marches. You’ve read the slogans about reproductive rights, ranging from straightforward to clever to angry.

You’ve heard sentiments like, “If you don’t have a uterus, you have no say about abortion.”

One common slogan is “women’s rights are human rights.”

Technically, I couldn’t agree more with this statement. Women have been oppressed and marginalized for most of history in most of the world.

That’s why I rejoice when I see wonderful work like what is happening in India to help stop female gendercide.

I celebrate when I hear of progress in eliminating the gruesome ritual of female “circumcision” in African countries (a euphemism which cloaks the brutal reality of this butchery).

I seek to encourage younger women to pursue higher education and leadership roles and to use their God-given intellect and talent to help change the world.

When women are empowered, entire nations reap the benefits.

According to God’s Word, women are created in the image of God just as men are.

However, I disagree that abortion is a right to which women are entitled.

Meriam-Websters dictionary defines human rights as “a right that is believed to belong justifiably to every person.”

In any discussion of human rights, imbalances of power and resulting injustices must be addressed.

Take slavery in our nation’s history, for example.

This egregious injustice lasted for generations and was only rectified after civil war (though we still have much work to do for racial justice—something MLK Day helps us remember).

White slave owners thought they had a right to own black human beings. They saw this as the natural order of things. They even backed up the notion by misusing Scripture!

Eventually, slaveholders had to relinquish their power and give slaves their freedom, because enslaving fellow human beings was never a legitimate “right” in the first place.

The principle? When one group of people benefits from an unjust advantage over another group, human rights are violated.

Here’s where the abortion issue gets sticky.

(Yes, there are plenty of pro-abortion men and life-affirming women, but this discussion is about who is the victim in an unplanned pregnancy situation.)

Women want to have free agency over their own bodies—so goes the argument—and men should not be in a position of power to tell them what to do with their reproductive organs.

In this narrative, the people seeking to wield power are male, and the more vulnerable parties are female.

Since men should not be given power over women or be able to take away their rights, the thinking goes, injustice must be rectified by protecting the right of women to have abortions.

That would be sound reasoning based on what human rights are and how they work—IF all the players were taken into consideration.

But when a woman faces an unplanned pregnancy and is considering abortion, who is the most vulnerable person in that scenario? Who is the victim?

Is it the woman?

The most vulnerable person in this equation, the one with the greatest need for the protection of his or her human rights, is the preborn child.

Tweet This: The most vulnerable person in this equation - with the greatest need for the protection of his or her human rights - is the preborn child.

Here’s where abortion advocates get it wrong.

The moment you claim that your group gets to enjoy a human right at the expense of another group, you are no longer talking about human rights.

You are simply demanding power over a people group different from your own.

When a woman decides on an abortion, she is not merely exercising her human right to make reproductive choices.

Rather, she is using her power and agency to violate her baby’s most fundamental right—the right to live.

Many people equate today’s reproductive rights for women to civil rights for blacks in the sixties and following.

The big difference is this: civil rights for African Americans do not necessitate the killing of an innocent third party.

Abortion is a form of violence. It does not bring peace—certainly not to the preborn baby, nor to a woman’s soul.

Denial-based rationalization may serve to harden a woman’s heart, but it is powerless to heal it from the wounds of abortion. (An effective process for post-abortion recovery is available.)

Here’s the thing: abortion cannot be defined as a human right, precisely because it kills human beings.

I recognize this is a deeply painful paradigm to face for those who have experienced abortion and who have become champions thereof.

As complex and conflicting as this issue can appear—as difficult as it can be emotionally—it is simple at heart.

Tweet This: Either human rights apply to everyone, or else, by definition, they aren’t human rights.

So, yes, women’s rights absolutely are human rights—but no matter how you spin it, women have no right to end the lives of their preborn children.