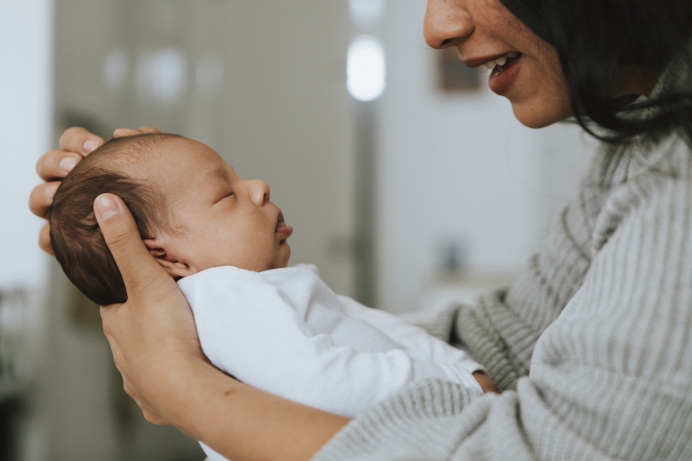 Despite efforts by abortion advocates and some medical groups to discredit abortion pill reversal, the number of unborn lives saved from the clutches of RU-486 continues to increase. One Iowa pro-life pregnancy center has seen the results of providing the protocol.

APR in the Quad Cities

Baby “Leah,” born just before Christmas last year, is the first life saved by Women’s Choice Center of the Quad Cities through the Abortion Pill Rescue Network. Seven months before her birth, Leah’s mother “Marie” sat in an abortion clinic preparing to end her baby’s life.

She took, mifepristone, the first of the two drugs in the chemical abortion regimen.

At the same time, unbeknownst to her, “Dave,” the father of her baby, was researching ways to reverse a chemical abortion online. He called the Abortion Pill Rescue helpline (877.558.0333) and was given information on the protocol for abortion pill reversal and where Marie could find help locally.

When Dave contacted her, Marie agreed to try to halt the abortion process. She called Women’s Choice Center in Bettendorf, Iowa and was met that night by clinic staff who administered progesterone to her, beginning the reversal process.

Timing is critical with abortion pill reversal. RU-486, known as “the abortion pill” or a chemical abortion, involves two drugs: mifepristone and misoprostol. The first drug blocks progesterone, the natural hormone needed to sustain a healthy pregnancy. The second drug, misoprostol, induces labor, forcing a woman’s body to expel the baby. To save her unborn child, a woman must begin the reversal treatment within 72 hours after taking the first drug. Treatment protocol calls for giving a woman extra progesterone to compete with the mifepristone and stabilize the pregnancy. If a woman has already taken the second drug, misoprostol, or if more than 72 hours have passed since she took the mifepristone, the success rate of abortion pill reversal diminishes.

Such has been the case with other abortion pill reversal attempts at Women’s Choice Center, said Jessica Ricke, director of development and programs.

“We’ve been offering abortion pill reversal for several years,” she said. “However, the women wouldn’t get to us in time. They came to us too late.”

Marie may have been the first successful abortion pill reversal patient at Women’s Choice; however, she is not the last. Two other women who recently gave birth followed the same protocol, and their outcomes were also positive.

Twenty-year-old “Chloe” had traveled to Illinois to have an abortion. Upon taking the first abortion drug, she immediately had regrets. The girl called her mother, who is a nurse, for help. Her mother and another nurse friend went online, learned about abortion pill reversal and called the helpline. Chloe was put in contact with Women’s Choice Center and began the progesterone protocol.

The married couple already had three children and though the idea of having another child wasn’t negative for them, upon Derek’s terminal cancer diagnosis, the thought of being pregnant turned into a hardship.

“She did not want to burden her husband with more after finding out about the pregnancy and thought the abortion was best,” Ricke said. “She started regretting her abortion after she got home, and started researching for help. She called her OB-GYN, who told her there was nothing they could do for her. She found the (abortion pill reversal) hotline and was connected to our center. She was nine weeks.”

Alicia gave birth to a healthy baby girl a few weeks ago.

“Mom and Dad are so grateful at having their beautiful little girl,” Ricke said.

Other pro-life centers and clinics have also witnessed the miracles of abortion pill reversal. Since the life-saving network was created in 2012, more than 750 lives have been saved.

Tweet This: More than 750 lives have been saved thanks to the Abortion Pill Rescue Network. #APRSavesLives

Other Ways of Saving Lives

Women’s Choice Center of the Quad Cities has been saving lives and supporting women with unplanned pregnancies for decades. A move last year into a former Planned Parenthood clinic has redeemed the building’s horrific history to a place of encouragement, support, and medical services meant for protecting lives, not destroying them.

A mobile medical unit was added to the center’s offerings nearly three years ago, Ricke said.

“Our mobile medical unit, whom we call “Grace”, travels throughout the local Iowa-Illinois cities, for the clients that are unable to get to our brick-and-mortar,” she said. “There are a lot of low-income, at risk areas in our community that are in need of our services.”

One unit travels to Galesburg, about 50 miles away, twice a month and parks near a high school where the team has the opportunity to educate

The momentum for life continues with this center. A new faith-based medical clinic is planned for this year. Called Life and Family Medical Clinic, this facility will be on one side of the 8,500 square foot remodeled building and Women’s Choice Center on the other side.

“We’ll offer health and fertility services, and we are in the process of recruiting providers,” Ricke said.

The idea of adding a faith-based medical center has been ruminating since the purchase of the former Planned Parenthood building.

“We have so many women who come to us that don’t want to leave and go to another OB,” Ricke said. “So, we are working toward that, that we can be a family practice and possibly OB in the future.”

Meeting patients where they are and meeting their needs, including offering abortion pill reversal services and additional medical care, allows Women’s Choice Center to serve the nearly 400,000 population of the Quad Cities with excellence, saving the lives of women, children, and families in a relevant, professional, and compassionate manner.