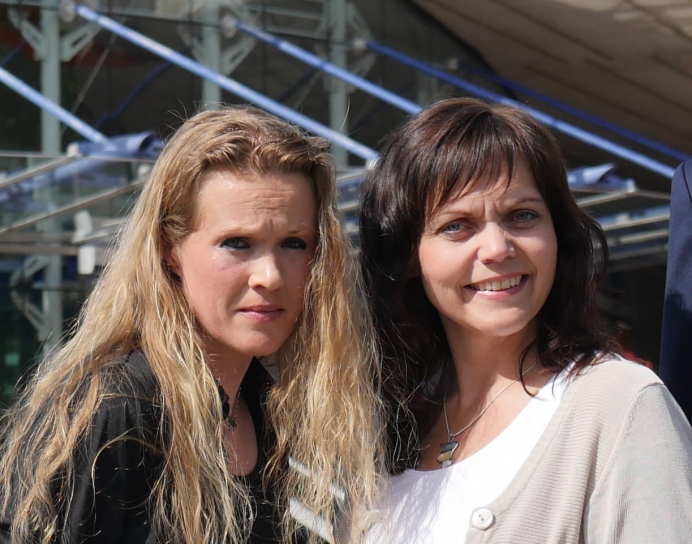 Abortion: no right to choose for nurses, no choice for mothers

(MercatorNet) Ellinor Grimmark and Linda Steen, two Swedish nurses who have been denied midwife posts for refusing to carry out abortions, have now lost their legal bid to take Sweden to court for violating their beliefs after they took their case to the European Court of Human Rights.

The nurses argued that being denied employment due to their beliefs against abortion was an illegal breach of their rights to freedom of religion and conscience. Despite this, the ECHR “declined to take up the case, with a panel finding that Swedish authorities acted lawfully.” (‘Swedish anti-abortion nurses lose court battle’, Telegraph, March 14, 2020).

Most people think of nurses as trained in the vocation of saving lives, but now, apparently, they must be trained in taking lives. Somewhere along the line this has become normal, since we used to have just “nurses” and now we have “anti-abortion nurses”.

Ms Grimmark and Ms Steen have been fighting their corner for four years, and it might be thought that the ECHR, founded to protect human rights, would look favourably on their case. But although the right to freedom of conscience is a recognised human right respected in all civilised nations, Europe’s highest court refused them a hearing.

The decision was described by religious freedom group ADF International – which has been supporting the pair – as a “dangerous departure from the Court’s purpose in protecting fundamental freedoms.” Ms Grimmark said:

“I chose to become a midwife because I wanted to help bring life into this world. I cannot understand why the Swedish government refuses to accommodate my conscientious convictions. I am now working in Norway, where my conscience is respected, but no-one can explain why Sweden cannot do the same.”

Tweet This: “I chose to become a midwife because I wanted to help bring life into this world" E. Grimmark, Swedish nurse denied work 4 pro-life beliefs

Rather than defending the right to conscience, however, the Swedish Association of Midwives defended the authorities’ right to refuse Ms Grimmark work, its president, Mia Ahlberg, telling the BBC that upholding her challenge might result in, for example, a Jehovah’s witness refusing to perform a blood transfusion: “It’s part of our professional competence - so the employer had a right to say ‘you cannot work here.”

That the Swedish midwives’ president is unable to distinguish between a blood transfusion, vital for saving life, and an abortion, which takes human life, is disturbing enough, but it’s of a piece with the attitude of her counterpart in the UK.

In 2014 Glasgow midwives Connie Wood and Mary Doogan went all the way to the Supreme Court to defend the right of midwives not be involved in abortion, only to discover two years later that the Royal College of Midwives’ president, Professor Cathy Warwick, had given the RCM’s backing to abortion provider BPAS’s campaign for all legal restrictions to be removed from abortion – without consulting thousands of midwives.

With the upper echelons of the medical profession seemingly taken over by abortion advocacy, the impression can be given that abortion has the blessing of medicine – a “trusted brand”.

And with the highest human rights court in Europe no longer interested in human rights – at least, human rights with which they disagree – it does not bode well for a young mother’s case to be able to keep vigil outside an abortion clinic and offer help to women attending the clinic.

Alina Dulgheriu this week lost her bid for the Supreme Court to hear her case against Ealing Council for imposing a Public Spaces Protection Order around an abortion facility in West London.

Ms Dulgeriu feels an obligation to offer the kind of help which she herself gratefully accepted when she was sacked by her employer and abandoned by her boyfriend. She is now the mother of a six-year-old daughter. She is considering taking her case to the ECHR, and Laurence Wilkinson, Legal Counsel for the London branch of ADF International, which is providing her legal support, commented:

“In refusing permission to appeal, the Supreme Court has denied Alina the opportunity to argue her case before the highest court in the country and failed to recognise the human rights violations caused by the Order. Free societies must be free to discuss even ideas some consider controversial rather than simply criminalising them. Evidence shows that hundreds of women – like Alina – have accepted the help offered by peaceful pro-life groups outside abortion facilities.”

Despite all the rhetoric about freedom and choice, not only must nurses fight for the right to conscience regarding abortion, but anyone who publicly disagrees with it or attempts to offer positive alternatives will be silenced if they try to do so in the place that really matters – outside the clinic, at the last minute.

No wonder a quarter of pregnancies in the UK now end in abortion. But instead of wondering if enough help is in place for these women, their desperate decisions have been greeted as a triumph for choice.

In politics, in government, in the media and in the health sector, and most especially in feminist circles, abortion has become the idea that is too big to fail, even when women themselves reject it.

Editor's note: This report was published by MercatorNet and is reprinted with permission under a Creative Commons licence. For the latest on the case from ADF International, click HERE.