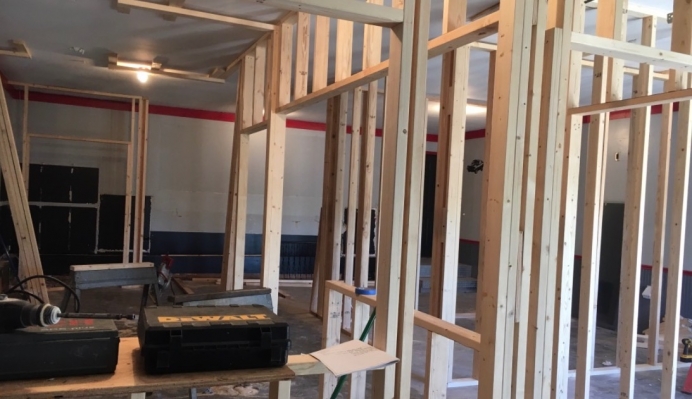 A Year After Flood, Pregnancy Center to Serve Families in New Location

At the end of last summer, Lifeline Pregnancy Care Center of Cuba, Mo., was under water, demolished by a flash flood that lifted the building off its foundations and leaving executive director Lori Amato scrambling for solutions.

Less than a year later, the center is moving into a new location, and Amato says she’s feeling ready to walk on water herself.

“God has just been in it through all of this,” Amato said. “During the flood, I felt overwhelmed and like I was drowning. Now I feel like Peter when the Lord pulled him up out of the waves.”

Last August, just two months before celebrating the center’s 10th anniversary, Amato and her team were warned of the possibility of minor flooding in Crawford County. The next morning, they were shocked to find their rented space damaged beyond repair after a creek behind the building overflowed.

Telling their story through Pregnancy Help News the following week, the center received $30,000 from all over the nation to kick-start the rebuilding effort.

Meanwhile, local givers chipped in $57,000 at the annual banquet—a heavy draw for a rural county where the median household income is just north of $34,000—while everyone from the local bank president to former members Amato’s husband’s youth group did their part to help Lifeline back on its feet.

Amato hopes to get the organization settled in its new base of life-saving help by the end of June. Not only is the new location better in terms of foot traffic—set just behind a well-traveled dairy bar—it’s an ideal setup to add badly needed services like STD/STI testing.

The center’s ultrasound machine, one of the very few items to survive the flood, will also fit nicely into the new space.

“God has just been so good through everybody across the nation coming together to help us,” Amato, who founded the center, said. “They’ve seen the need just like we’ve seen the need around us and responded to us. It’s been so encouraging to see God provide for us.”

The center reopening will come as good news for the 50 women and families Lifeline serves every month—whether or not they’re aware of it at the moment.

Even while the physical location of the center has been an issue over the past year, Amato and her team have kept their hands to the plow, helping women and families near them meet basic needs and provide for their children.

One client in particular, a mother whose son just turned a year old, has been living with her boyfriend in a mobile home without heat or air conditioning. Tapping into a Missouri state program that routes Temporary Assistance for Needy Families (TANF) funds through pregnancy centers, Lifeline has helped the family pay bills and get on their feet.

Private donations—including one from Missouri’s pregnancy center coalition, Alliance for Life—have also allowed Lifeline to provide heater and air conditioning units to the family, while Amato and her team have come alongside the woman and her boyfriend to help as their son has been in and out of the hospital with seizures.

The woman’s boyfriend has been so impressed with the help from Lifeline that he’s approached Amato to ask how he can start investing in fathers around him.

“Even when we weren’t open, it’s just amazing how we were still able to keep connected with those clients and not lose track of them,” Amato said. “We’ve helped them tremendously through this year they’ve been in the program. It’s not just about helping the mom and the baby, but the father of the baby too.”