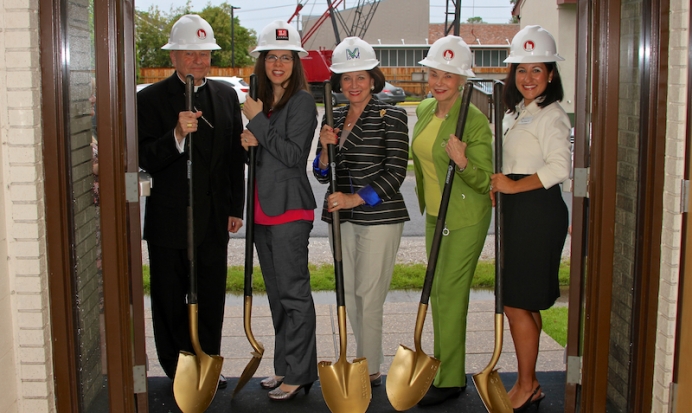 A Parking Lot's Distance Between Life, Death in New Orleans

There may not be much common ground between pro-lifers and abortion supporters, but even these two sides agree that—for better or worse, depending on point of view—the state of Louisiana places a high priority on the value of preborn lives.

The most recent state-by-state report card from NARAL Pro-Choice of America, for example, gives Louisiana an “F” (only 13 states in the U.S. gained passing grades), while Americans United for Life has consistently ranked the state in the top-3 most protective states in its annual “Life List.”

It comes as no surprise, then, that as Planned Parenthood puts down roots with a $4 million mega-clinic in New Orleans, setting its sights on executing over 2,800 abortions every year, Big Abortion is finding business in the Big Easy to be anything but.

Unfriendly lawmakers are likely to be the least of Richards’ problems in the long run, however, after Woman’s New Life Center broke ground on property just a parking lot away from the abortion giant in mid-August.

With one location in New Orleans and another in Baton Rogue, the life-affirming pregnancy help organization watched this spring as a neighboring abortion clinic—once the busiest in New Orleans—closed its doors after 38 years of business.

Woman’s New Life Center in Baton Rogue, which stayed open and dry during the recent floods, is also next door to an abortion clinic, offering life-saving options just a matter of footsteps away.

“When Planned Parenthood began to fundraise and start to cast this vision in New Orleans, we got a lot of attention from people who wanted to see something done about it,” Angie Thomas, Woman’s New Life Center’s CEO, said. “We said, ‘If the Lord provides, then we’re certainly open to being where women need us.’”

Woman’s New Life Center first opened in 2000 as a professional counseling clinic, zeroing in on the crisis many women experience during an unexpected pregnancy. Thomas, who had recently graduated law school, started out as a volunteer just six months after the center opened, but wound up coming aboard as the CEO 10 years later.

When Hurricane Katrina destroyed the center’s first location in 2005, Woman’s New Life Center leadership found a space right next door to Causeway Medical Clinic, which had been aborting preborn babies since 1978.

“It was, quite literally, meeting women where they were at,” Thomas said. “As women were walking into that abortion, they would either see our sign, or encounter a sidewalk advocate who would say, ‘Hey, right next door offers free ultrasound and counseling if you just want to have a place to slow down and talk to someone.’”

Tweet This: Meet the #NewOrleans #Prolife alternative to #PPact.

Then, abruptly this February, the abortion clinic next door closed its doors forever.

“It was just a remarkable day,” Thomas said. “They didn’t announce it at first, so there was a good two weeks there where the clients were coming from next door, coming to us, and saying, ‘They told us they couldn’t provide or do the abortion for us, so we don’t know where to turn.’”

Having added well-woman care that includes a full range of gynecologic care from a NaPro TECHNOLOGY-certified physician to the staff in late 2015, Woman’s New Life Center is in prime position to compete with Planned Parenthood in the new space, which they hope to open in the summer of 2017.

But those plans changed in a hurry when key donors stepped to underwrite a major portion of the $1.8 million needed to buy the property and build the new location. Within three months of fundraising for the project, Woman’s New Life Center had $1.5 million in hand, with only $300,000 left to go.

“It’s been incredible to see some of these major gifts coming in, but we consistently need the support of people in the pews—people who believe in this and who want to invest in an alternative to what Planned Parenthood is offering,” Thomas said.

“When you allow a woman to really dig down into her core beliefs, she doesn’t choose abortion.”

Tweet This: "When you allow a woman to dig into her core beliefs, she doesn't choose #abortion." #prolife

Click here to find out how you can partner with Woman’s New Life Center to reach its goal of relocating next to Planned Parenthood.