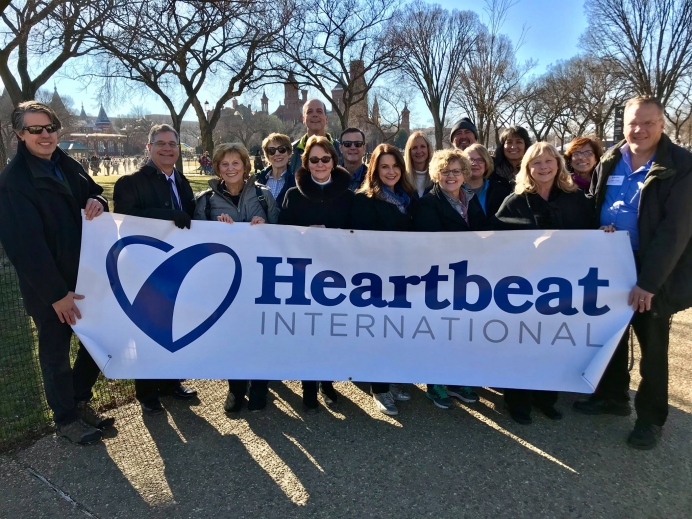 45 Years After Roe, Abortion - Not Children - is More Unwanted Than Ever

Forty-five years ago this week, I received the shock of my life.

Driving up High Street, my local NPR radio station delivered unthinkable news. Seven Supreme Court justices had, in effect, made abortion on-demand the law of the land with the stroke of a pen.

At first, I couldn’t believe my ears. Surely, the radio had it wrong! But, as the news of Roe v. Wade was confirmed in the following hours, it was beginning to settle in that, if this news was correct, I had to do something.

There was no way to know then how that day would change my life, nor how God was preparing me and thousands of others to rise up to care for our neighbors, friends and families—born and unborn—whose lives would now become endangered through abortion.

Since that moment, it has become my life’s work to, as Heartbeat International puts it in our vision statement, “Make abortion unwanted today and unthinkable to future generations.”

In our most honest moments, both sides of this life-and-death discussion must admit a vision statement—a central and irrefutable “Truth”—animates us and drives our decisions.

Going all the way to the U.S. Supreme Court this spring, the State of California’s attempt to force ultrasound-equipped pregnancy help medical clinics to advertise abortion against their will illustrates abortion’s allegiance to a vision centered on the almighty self.

Self is under no circumstances to be challenged or inconvenienced, even if that means the life of a child must be ended through abortion.

But that’s not the only reason Big Abortion is trying to shut down and discredit pregnancy help organizations.

Led by Planned Parenthood and advocacy groups like NARAL Pro-Choice America, Big Abortion’s main mission is to protect its bottom line—its profit margin. And, since the “goods and services” it peddles are deadly to at least half who enter their facilities, any sort of competition poses a real and imminent threat.

In the interests of protecting a failing, unwanted product, Planned Parenthood, NARAL and company are going all out, not to defeat the competition, but to eliminate it.

NARAL and its accomplices would like nothing better than to see every pro-life organization go out of business entirely.

For once, we agree on that point. Almost.

How I long for the day my great-grandchildren will have no mental category under which to file “pro-life” or “anti-abortion.” Like another defender of life has said elsewhere, I pray the very idea of a “Sanctity of Life Sunday” would seem as unnecessary to them as a “Reality of Gravity” Emphasis Sunday.

What a relief it will be when pro-life apologetics and think tanks go the way of the dinosaur, like our predecessors in the slavery abolition movement.

Until that day is realized, the enemies of life are actively waging war. A war not just on women, but on unborn children, on mothers and fathers they will rob of parenthood through abortion. On a mother so alone and hopeless she feels abortion is her only choice.

Tweet This: #PlannedParenthood, #NARAL are waging an active war on women, children and those who seek to help. #prolife

This is exactly why pregnancy help organizations are here to stay. We believe no mother should feel so alone, so vulnerable, or so coerced that she ends her child’s life through abortion.

These vital organizations enable a mother to make a true choice through a variety of services, including ultrasound, options counseling, maternity housing, and the ability to make an adoption plan.

And this is why we pose such a threat to Planned Parenthood, NARAL and company. It’s not just that we are their competition. It’s that we are winning.