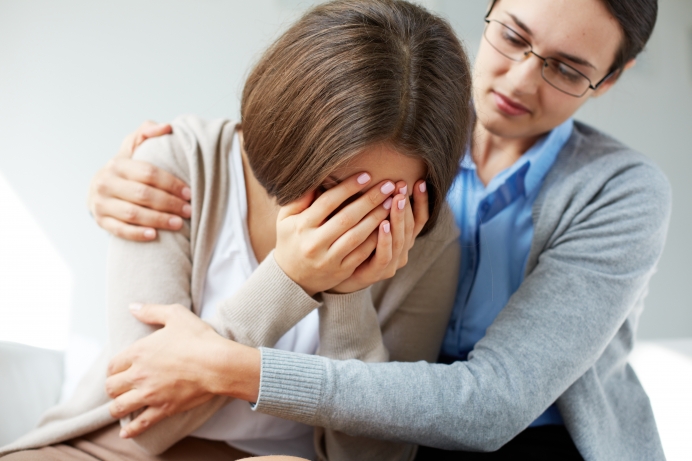 Why You Can’t Say You’re Pro-Life, Yet Drive Your Friend to the Abortion Clinic

If I had a dollar for every time I hear, “I would never have in abortion, but I wouldn’t judge someone who did,” I’d be filthy rich. That’s because, as the counseling director at a pregnancy resource center, I’ve asked this question hundreds of times over the last nine years:

“How do you feel about abortion in general?”

Over and over, the answers given by women and girls facing unplanned pregnancies have demonstrated to me just how informed we are by post-modern relativism and American individualism. Plus, this generation has never known a world without legal abortion, and it’s easy to confuse “legal” with “morally permissible.”

However, in a broken world, man’s laws sometimes fail to uphold God’s law.

Cultural influence and current laws have created a troubling dichotomy between belief and action, even among Christians. This generation is more pro-life than ever, yet also more likely to support a friend’s decision to abort her baby. (Wait. What?)  That’s because one of the foundational ethics of the new morality has eclipsed a biblical worldview – the ethic that says, “People should not criticize someone else's life choices.”

Nobody wants to be thought of as a judger or a hater. We like to see ourselves as open-minded, inclusive and loving. We are attracted to the noble notion of tolerance and repelled by what we see as old-school judgmentalism.

This fear of being labeled, and the confusion about what a compassionate response looks like, creates a kind of cognitive dissonance. You may feel passionate about defending the lives of preborn children -- but then comes the day a distressed friend gets a positive pregnancy test result and pleads with you to help her “take care of the problem.”

On that day, our culture yells in your ears: It’s her choice. Be supportive. Don’t judge. On that day, your friend is not the only one with a choice to make.

You have a choice to make, too.

Will you do what our culture dictates and what your feelings tell you, and drive your friend to that clinic? Or will you courageously speak the truth in love and offer her hope in the form of other alternatives?

Think of it this way: Would you tell your friend, “I’ll support you, whatever you decide,” if she tells you she’s contemplating suicide?

Tweet This: #Abortion presents itself as a solution, but it's never right/compassionate. #prolife @susannemaynes

Abortion presents itself as the solution to a problem. However, God’s laws are for our protection and for his honor. We cannot disobey his commands and expect good results. Acting as an accomplice in the destruction of one of God’s precious image-bearers is never the right thing to do. Nor is it compassionate.

The consequences of sin are serious. Abortion doesn’t help women. It hurts them. Besides physical risks, mental health issues resulting from abortion include:

I know this not only from the research, but from real-life conversations:

Here’s the thing: It’s not okay for you to support your friend in the pursuit of abortion. Every human being ever conceived is a precious image-bearer of God with a specific destiny, and God makes it crystal clear that killing human babies is evil. Therefore, abortion is wrong for every woman and girl, regardless of circumstance (Psalm 139:14-16; Jer. 7:31; Ez. 16:20-21).

Don’t buy the lie that you should help your friend do the wrong thing. Don’t enable her to end an innocent life and screw up her own. Don’t compromise; rather, be truly kind. Instead of driving her to an abortion clinic, take her to your local pregnancy help center so she can get the hope and the resources she needs.

For your friend’s sake, for her baby’s sake, and most importantly, out of obedience to God, choose to exercise courageous compassion.

As a follower of Jesus, it’s the only valid option you have.