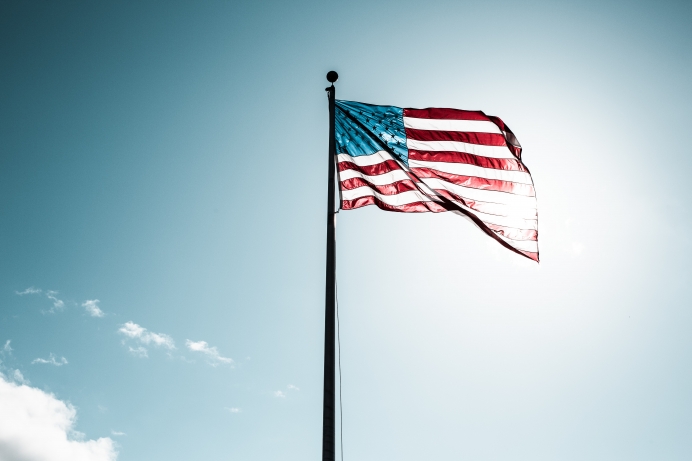 “All humans are simultaneously sinful and loved,” is the first of 10 points made by writer Glenn Stanton in a Focus on the Family article regarding the Christian viewpoint of homosexuality.

Stanton had previously written about the importance of a mother and a father concluding, “The importance of mothers and fathers for children just a bit more than an “entrenched conviction” to stir up the culture war. It is a universal reality that God has put within human experience.”

New Hope Family Services in New York holds fast to a belief that the best environment for children is in a home with a married mom and dad. To this end, it is New Hope’s policy to not place children for adoption in same-sex couples or unmarried opposite-sex couple homes.

The longtime Syracuse, New York area non-profit adoption agency, pregnancy resource center and Heartbeat International affiliate recently prevailed in court fighting for its constitutional right to operate according to deeply held religious beliefs. The case is ongoing and New Hope is persisting in its mission of being Christ’s hands to serve women in need.

Kathy Jerman has been New Hope’s executive director since 2019, moving into the position from the client services directing job. She describes the past two years as exciting and scary.

“God is working, and it is amazing,” Jerman stated. “I am confident He is working in all of this as we see God’s movement through this case and challenges of the pandemic.”

In 2018, the New York Office of Children and Family Services (OCFS) had praised the strengths of New Hope. Then a few months later, OCFS changed its view of New Hope deeming its policy of child placement with a married mom and dad, “discriminatory and impermissible.”

New Hope is not state funded, yet the ultimatum issued by OCFS threatened to nullify its state adoption license and close its adoption services. In December 2018 New Hope filed a complaint against OCFS in federal district court.

Unfortunately, the case was dismissed by the district court on May 16, 2019. New Hope appealed to the U.S. Court of Appeals for the Second Circuit. An emergency order was given so that New Hope could keep its doors open while the appeal was considered.

Heartbeat International stands alongside New Hope in promoting God’s plan for sexuality: “marriage between one-man and one-woman, sexual intimacy, children, unconditional/unselfish love, and relationship with God must go together,” as stated in Heartbeat policies.

John Bursch is the senior counsel and vice president of appellate advocacy for Alliance Defending Freedom (ADF), the legal non-profit representing New Hope in the case. He said the approach in appeals court’s ruling was noteworthy.

“It is remarkable that the panel (from the Second Circuit) gave the district court specific things they need to consider,” Bursch said. “In other words, instructions on how to consider the request. The panel also retained jurisdiction over the case which means they will review the ruling.”

Bursch and his team will file the supplemental brief to further inform the district court. Then a court date will be set after or the court can simply give a decision. This is a great opportunity for New Hope to have a chance to prove its case in court.

The New Hope case is one in series where ADF is battling on behalf of private businesses and non-profit organizations being threatened with closure because of their beliefs.

One analogy in the cases would be if a golfer went into an ordinary shoe store and found they did not sell golf shoes and then complained to government agencies who then threatened the store with closure. The golfer claims offense because the individual feels discriminated against by the store, when in fact, the golfer can go to a golf specialty or sporting goods store for the shoes they desire.

In the same way, New Hope kindly refers couples who are not a married mom and dad to one of the other adoption agencies in New York (with approximately 130 other providers available).

For over 50 years New Hope has served its community. For religious liberty to be upheld, New Hope's efforts should be protected and not restricted because of the belief that the best possible scenario for a child is to be placed in a home with a mom and a dad committed to each other in marriage.

“We were told at the time of the case granting a constitutional right to same-sex marriage wouldn’t affect anybody,” Bursch said. “The reality has been the opposite. They have used it to persecute and eliminate in the public square anyone who stands against gay marriage.”

“Persecuting those who hold the belief in a one-man and one-woman marriage,” he continued. “The first amendment which protects the free exercise of religion and free speech are both implicated in the New Hope case.”

“As part of the adoption process the agency has to certify the home is in the best interest of the child,” Bursch added. “They (New Hope) would be forced to speak against their belief, if they gave into the demands of OCFS.”

“There are thousands of needy children across the country in the worst possible situation,” Bursch stated. “They need a forever home and the number one goal should be to find them one. There is a shortage of families to take in kids and it is the height of pushing a political agenda to exclude the adoption agency because of their beliefs when this agency does a great job of finding homes.”

Tweet This: It's the height of pushing a political agenda to exclude this adoption agency because of beliefs when it does a great job of finding homes

New Hope has placed over 1,000 children into adoptive homes in the past 54 years. That just accounts for the adoption side of the ministry. New Hope also has a vibrant pregnancy help center which serves abortion-vulnerable clients.

Regarding the adoption side, Jerman said, “Most of the referrals for birthmothers comes from outside centers. Our referrals did decrease earlier because of the court case, but now they have picked back up.”

Case workers at New Hope have focused efforts on outreach to increase referrals as misconceptions about the court case had many outside groups thinking New Hope was shut down. But they already had a list of approved homes to place children and once the court case is settled, hopefully in their favor, they will resume taking new adoptive parent applications.

“We have an exciting vision for the future, including starting a Mothers of Preschoolers group for our clients in January,” stated Jerman. “During COVID we have made phone calls to clients, provided them to-go packages and asked how we can be praying for them.”

“We are standing on the word of God,” she said, “and even if the district court does not find in our favor, we feel good about our chances in returning with an appeal to the Second Circuit.”

New Hope and ADF would greatly appreciate prayers on their behalf.