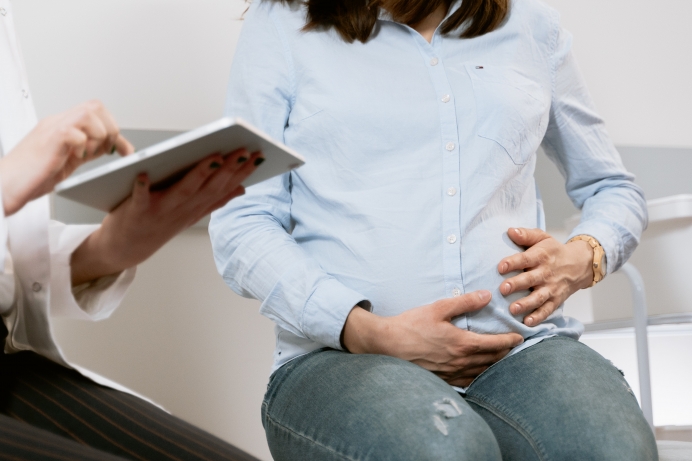 Editor’s note: The following is an edited version of the first in a series of articles for pregnancy help organizations outlining techniques that abortion facility staff have used to deceive women seeking information to make a pregnancy decision. Heartbeat International manages the Abortion Pill Rescue® Network (APRN) and Pregnancy Help News.

Deception: “Your baby has no heartbeat”

According to a study published in the medical journal Ultrasonography last year, cardiac activity is seen when the embryo is 1-2 mm in size. The fetal heart rate gradually increases with gestational age from approximately 110 beats per minute (bpm) at 6.2 weeks to approximately 159 bpm at 7.6-8.0 weeks.[1] The American Association of Prolife Obstetricians and Gynecologists (AAPLOG) in its patient guide pamphlet states, “At about 22 days after fertilization your child’s heart begins to circulate his or her own blood, unique from your own, and has a heartbeat that can be detected on ultrasound.”

However, is this what women are told by abortion providers when they are seeking factual information about their child?

On March 13, 2013, in North Highlands, California, Rebekah arrived at a local Planned Parenthood with a lot of fear, doubt, and questions. Rebekah’s medical record from Planned Parenthood documented she was 6 weeks 5 days by ultrasound with fetal heart motion visible.

On that day she asked just one medical question and her abortion decision hinged on the answer, “Does my baby have a heartbeat?” Rebekah was told “no.”

Tweet This: Planned Parenthood documented Rebekah @6 wks-5 days by ultrasound w/fetal heart motion visible. But she was told her baby had no heartbeat.

The American College of Obstetricians and Gynecologists (ACOG), along with some biased media outlets, has twisted definitions of the growing heart in order to deny life and promote a political agenda. They have created different definitions of fetal heart motion vs. baby's heartbeat which many entering an abortion facility might not realize. Although the flutter of the heart is clearly visible very early in pregnancy, they give it no merit, stating, “the heart still has a lot of development to undergo before it is fully formed.” This, of course, is true of all fetal organs but does not diminish the detection of life. [2]

When referring to heartbeat bills proposed in some states and now passed in Texas, ACOG also has said in a statement:

“What is interpreted as a heartbeat in these bills is actually electrically-induced flickering of a portion of the fetal tissue that will become the heart as the embryo develops. Thus, ACOG does not use the term ‘heartbeat’ to describe these legislative bans on abortion because it is misleading language, out of step with the anatomical and clinical realities of that stage of pregnancy.”

However, most medical websites, including the Mayo Clinic’s, refer to the heart and its beating early on in pregnancy. And most medical textbooks use the words “heart” and “heartbeat” to refer to the embryo’s developing heart.[3]

Tweet This: Most medical websites refer to the heart & its beating early on in pregnancy & most medical textbooks use the words “heart” and “heartbeat”

Just a few years ago ACOG stated that they “strongly” opposed the federal bill, H.R. 490, banning abortion after the detection of the fetal heartbeat, “which occurs as early as six weeks gestation, measured from the woman’s last menstrual period (LMP).”

“It is so unfair how under-informed and misinformed women truly are. I didn't realize this until years later when I went to get my medical record, but on page 2, under the ultrasound findings, it says ‘cardiac motion detected.’

Yet, when I asked if there was a heartbeat she specifically said, ‘it is too early to tell, so, no, not yet and therefore we don`t know if this pregnancy is viable.’ Little did I know there was a difference in cardiac motion and a heartbeat.”

Not knowing how to formulate or ask questions at the particular facility she had entered, she didn’t receive the information she needed to make an informed decision. Because she believed her child’s heart had not started to beat, she started a chemical abortion. Sadly her medical report then states, “mifepristone administered to the patient in clinic at 3:39 PM under observation.”

Realizing her regret in this decision, Rebekah subsequently saved her son’s life by contacting the Abortion Pill Rescue Network.

Nearly 10 years later, she was shocked to see her medical reports with inaccurate documentation. Most of all, she was stunned to learn she had been given misleading information that caused her to choose abortion.

So when can the fetal heart be detected?

The embryonic heartbeat is the first sign of early pregnancy on ultrasound, which can be visualized in transvaginal ultrasound at approximately 5 weeks gestation. The American Pregnancy Association states that the presence of an embryonic heartbeat is an assuring sign of the health of the pregnancy.[4] The heart of the embryo continues to develop over the next several weeks. It is fully formed around 10 weeks gestation.[5]

In 2016 a team funded by the British Heart Foundation (BHF) at the University of Oxford demonstrated earlier beating of the heart in mouse embryos which, if extrapolated to the human heart, suggests beating as early as 16 days after conception. The first of our three billion heartbeats starts to beat about the time of the mother’s first missed menstrual cycle.[6] 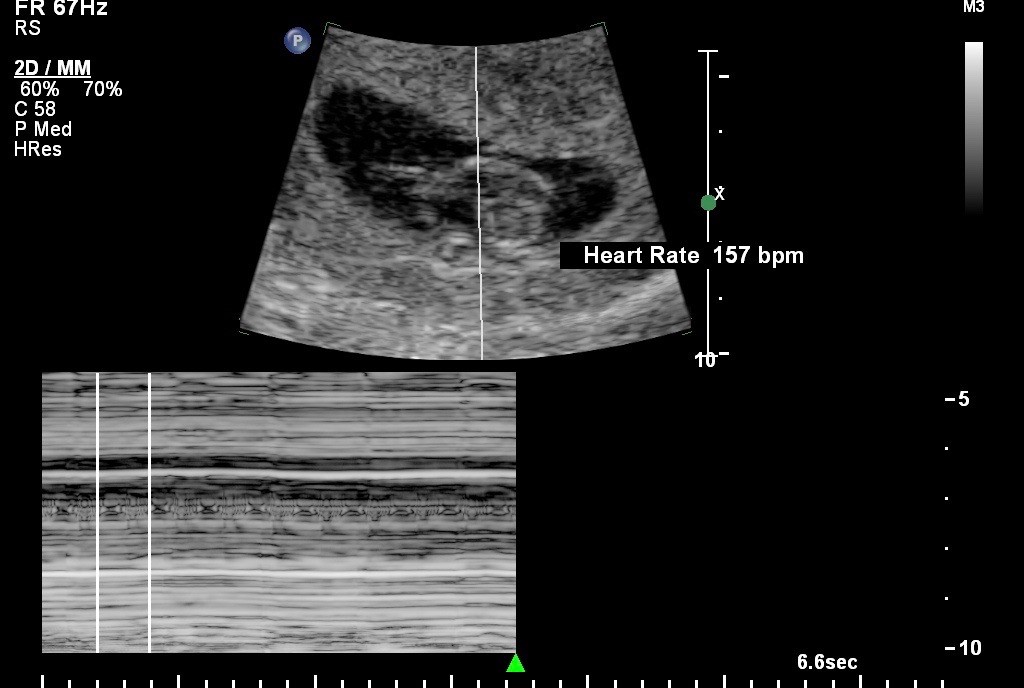 Cardiovascular development in a human embryo occurs between 3 and 6 weeks after ovulation. Cardiac function is the first sign of independent cardiac activity that can be explored with non-invasive techniques such as Doppler ultrasound.

Abortion by various means is now available from day one and throughout pregnancy. Dating the pregnancy with LMP (last menstrual period) is highly inaccurate and it is important that women know the gestation of the pregnancy prior to a pregnancy decision. While some might believe themselves to be extremely early in pregnancy, the fetal heart might be beating and pregnancy options might be different than she first anticipated.

Women making pregnancy choices should have at least one scan for accurate fetal heart rate and assessment of viability, placement, and dating of the pregnancy. Ideally, they would have access to ultrasound before six weeks and beyond the first trimester.

It’s important that women have all the information they need to make an informed decision regarding their pregnancies.

Tweet This: It’s important that women have all the information they need to make an informed decision regarding their pregnancies.

The Healthcare Team Managers at Heartbeat International regularly report serving women who have been at an abortion facility, these women making such statements to Heartbeat’s team as, “I didn’t have time to think about it,” or, “once I was there they made me feel like I HAD to,” or, “they made me feel like I was wasting their time when I said I needed a minute to process everything.”

Pregnancy help medical clinics are a beacon of hope and truth, offering a sanctuary where the families can process information, including their own ultrasound report, before making an abortion, adoption, or pregnancy choice.

These clinics, serving women across the U.S. and worldwide, spend time answering questions with their clients regarding the ultrasound report so they have an understanding of all findings.

When facing a pregnancy decision, women need to know and be able to use language such as “fetal cardiac activity,” “fetal heart motion,” embryonic heart activity,” and “electrically-induced flickering” in order to learn if their child is alive and has a beating heart and advocate for themselves.

And importantly, they need care and support from providers who fully inform them and respect their choices.