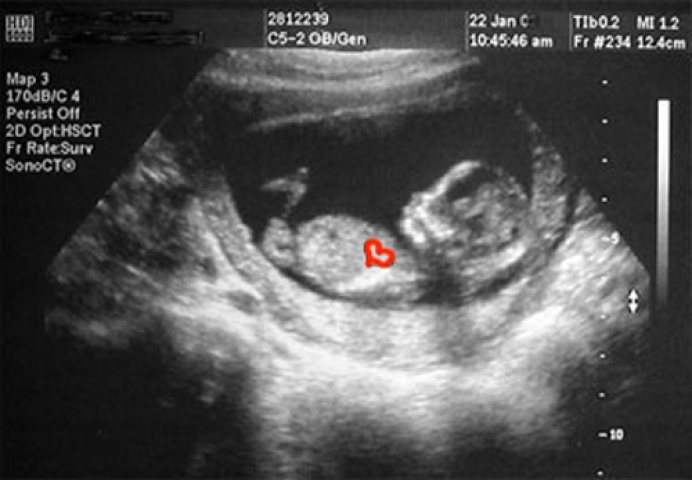 Heart of a Child Ministries

When Nikki Schaefer’s daughter Grace was seven years old, her tears over the death of children due to abortion prompted Nikki and her family to create and sell prayer pillows, helping pregnancy resource centers. Eight years later, the ministry has grown to include educating youth on fetal development and abortion.

On that anniversary date of Roe v. Wade in 2012, while in church praying for an end to abortion, Grace looked at Nikki and said, “Mommy, those babies may be small, but they are people, too.”

Tweet This: “Mommy, those babies may be small, but they are people, too.”

They talked about how they could help moms and babies, and Grace said she wanted to make something. They decided on prayer pillows with a cross stitched on the fabric plus a pocket with either a rosary or a prayer card tucked inside.

“This is all about spreading prayer,” Nikki said.

The Heart of a Child Ministries was born.

The pillow project is known as the 40 Dollars for Life Campaign; each pillow sells for $40 and the money goes to help pregnancy centers and other ministries that help women during an unplanned pregnancy.

Nikki, who has a master’s degree in social work and once worked for Catholic Services and Birthright in St. Louis, Missouri, said she felt a calling to return to pro-life work in her community of Omaha, Nebraska. She said she asked for guidance during that church service, and then Grace told her she thought they should make pillows, and from this the new ministry came about.

Friends as well as family members assist with the project. Thus far, the family has raised more than $40,0000 through the pillow campaign.

“That’s how this ministry started – through prayer and the heart of a child,” she said. “Children are such a gift … and they are such good examples for all of us.”

From pillows to private schools

For several years, the family traveled throughout Nebraska, setting up booths at various events. One time the Schaefer’s booth was next to a woman who worked for a school.

“She said, ‘I just love this story of the pillows, and I think it’s a great way to introduce the topic of abortion to middle school kids because it’s from a child – it’s from the perspective of a seven-year-old, and the message is about spreading prayer, action, and truth,’” said Nikki. “So, she said, ‘Will you come?’”

Nikki and her daughters accepted the woman’s invitation.

An opportunity arose for her to return to St. Louis, and the idea of incorporating live ultrasound into school presentations took root as she rode in a mobile unit.

The program is divided into four levels: grade school, starting with kindergarten; fourth to sixth grades; seventh and eighth grades; and high school. Each presentation provides “fetal facts” that are geared for that particular age level and a live ultrasound with a pregnant woman and an ultrasound technician. Various speakers, including people who have adopted children and women who have had abortions, can be involved as well, depending upon the grade level.

“We have a variety of speakers, and our presentations are open to parents,” Nikki said.

At the end of each session, the youth are challenged to act. That action might be selling prayer pillows or having a diaper drive. Whatever the activity, the opportunity allows them to help pregnancy centers or families in need.

“It empowers them to make a difference,” Nikki said.

In addition to private Christian schools, Heart of a Child Ministries has conducted programs in churches, and earlier this year, Nikki and her team gave a presentation at a public high school for the first time.

“We got in through a science class,” she said. “We focused on fetal development – there was no Scripture or talk about abortion. I think that’s why it worked. We still used pregnant volunteers and did live ultrasounds. You don’t need to use Scripture to show the truth.”

With the ministry’s growth, Nikki is considering how to expand the outreach. One avenue she’s exploring is to train other people to conduct these types of programs.

“We’ve started to receive more national media attention, and we’ve gotten calls from across the country,” she said. “We’re looking into how we can equip others.”

What began as a cry from a little girl’s heart has blossomed into an engaging, impactful ministry for youth and adults.

Learn more about Heart of a Child Ministries, including information on youth presentations and the prayer pillows, HERE.