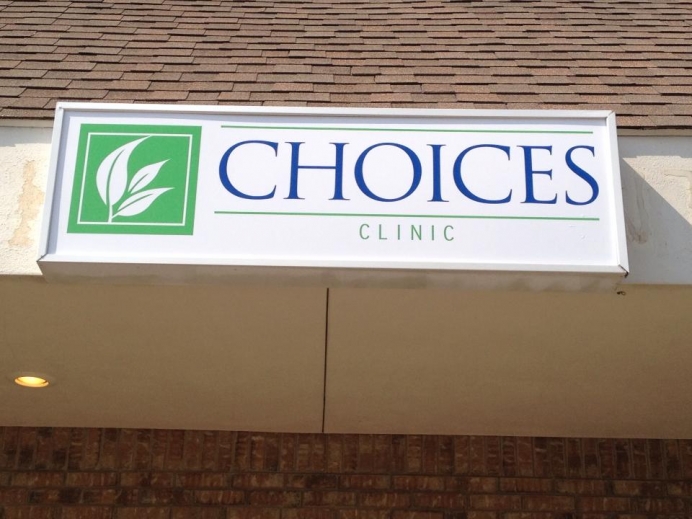 To say the roof caved in on Choices Clinic and Life Resource Center this weekend would be an overly literally take on the situation.

But the evidence of a roofless structure in Stephenville, Texas would be difficult to deny.

One of four tornadoes that touched down in the area flung the roof from the rented structure that has served as one of two locations for the pregnancy help organization where Ashley Graves serves as Executive Director.

“Where our clinic is located, it’s surrounded by residences all around,” Graves said. “I’m still in awe that the tornado just came down, ripped off the roof, and then went back in the sky. It seemed very intentional by the Lord.”

Not only has the community rallied around the organization in the aftermath, pitching in to help move equipment under shelter, cutting tree limbs, and offering to help cover costs incurred by the tornado, but the timing plays into a building plan that was already in the works.

Tweet This: The tornado that destroyed a center's building "was very intentional by the Lord."

The storm, Graves pointed out, comes just after the launch of a building campaign for the organization, which is on the cusp of purchasing on the property a block away from where the now-damaged building sits.

Nestled on the edge of neighboring Tarleton State University, the current location had been the organization’s primary outpost to serve the institution’s 10,000-plus students. However, its visual proximity to campus had also posed an obstacle to students who wanted help, but also wanted to maintain confidentiality on their way to the center.

With that concern in mind, the building campaign has been focused on purchasing available property a block away from the school, and building a facility that would house the organization at one address.

“We’re actually so close to the school that we’ve had athletes tell us, ‘You can’t make me go to that center location, because people can’t watch me walk in there,’” Graves said. “It will be better. It’s only a block down the road, so we’ll still be close, but at the same time, more discreet.”

With Tarleton State interested in expanding their campus, Choices Clinic and Life Resource Center has been in talks to vacate its near-campus location, but had been planning to do so when the new building project was complete, two to three years down the road.

The storm changed those plans over the weekend, and Graves and her staff of six, plus three daily volunteers have scrambled to consolidate into their second location, which formerly had housed the organization’s medical services.

“Our priority is to reach the abortion-minded woman,” Graves said. “Some of the other services we offer—maternity clothes and things like that—may not be available for now. We’ve just had to re-prioritize and say, ‘What has to be available for our mothers?’”

Tweet This: "We've just had to re-prioritize and say, 'What has to be available for our mothers?"

Having added STI testing in the past year, the organization saw 391 clients and administered a combined 333 pregnancy tests and STI tests, along with 157 ultrasounds in 2014.

With the staff and services now under one roof—and planning to stay in one location while the new, larger facility is built—Graves is optimistic about the new emphasis in direction she now has the opportunity to maximize.

“It’s God’s timing,” Graves said. “The blessing is that people are going to see the need is urgent, and they’re going to really pour out to our building fund. That’s what I’m hoping for, is people will say, ‘Okay, this isn’t something I can drag my feet on. They need this now.’ I’m hoping that will be the case, to get an urgency in everyone’s heart.”

“We could greatly appreciate everybody’s prayers. It’s been intense.”