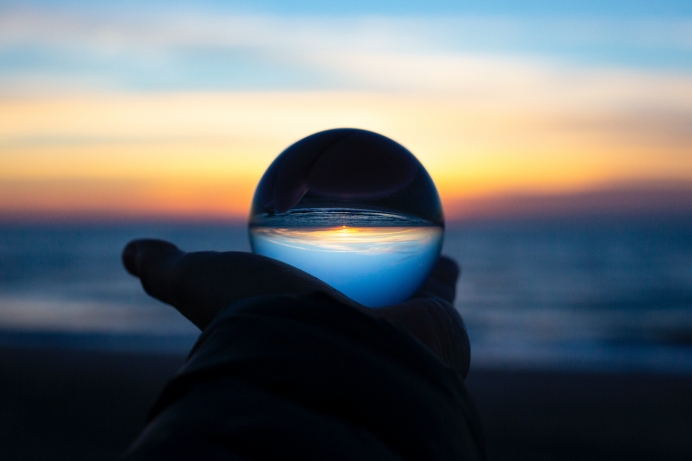 Admission: I am an unabashed, unapologetic sports fan. While I’m not whimpering and caterwauling about the loss of sports during this pandemic, I miss watching the games.

I like football. And baseball. Oh, and basketball. Yep, golf, too. When we moved to Nashville, hockey joined my list of interests. There are more.

My writing career started with sports. If you catch me web surfing, I’m probably on my alma mater’s recruiting site, catching the news about the latest prospect and when he might pick his college destination.

Yes, this column will connect to pregnancy help organizations. I’m getting there, I promise. First though, give me some leeway. It’s a pandemic, after all.

The more I watch my favorite (and unfavorite teams), the greater connection I see between great dynasties, and coaching longevity. Show me a dynasty and most of the time, I’ll show you a coach who grew into the job, stuck around, and kept growing with the times.

Let’s take college basketball, since we missed March Madness this year. If we look at many of the top programs, what do they have in common? Hmmm. Duke University is always a threat, with coach Mike Krzyzewski (had to look up the spelling).

“Coach K” almost got fired after an abysmal 11-17 record in 1984, his third year on the job. But the Duke powers-that-be stuck with him. The next year they were in the NCAA Tournament. Two years after that, they came within one victory of an NCAA title. Thirty-six years later, he is a legend with five NCAA championships and twelve trips to the Final Four.

But the next two seasons were better, with NCAA Tournament appearances. Then, everything changed. Over his final twelve seasons at UCLA, Wooden’s teams won an incredible 10 NCAA Championships, a record never seen before, or since.

Those are just two examples.

The hot television sports series right now is ESPN’s The Last Dance, which chronicles the NBA’s Chicago Bulls and their run of six world titles in the 1990s. While most of the attention is on Michael Jordan, Scottie Pippen and several of the key players, let’s not forget Phil Jackson was the coach throughout their dynasty.

Enough sports, at least for the moment. What about us again?

If we look at the strongest pregnancy help organizations, it’s common to find one leader who quietly built a strong team, then stayed the course. I’d love to name names here, but I’ll miss some so I’m avoiding the temptation.

Are there exceptions to this? Absolutely. But most of the time, transformational ministries are those which hire well and stand beside that leader over the long term.

We can devote books to hiring well, but all I’ve got is a short column. So, let’s try a few thoughts on what it means to develop the potential of a great leader—and a transformational ministry.

Transformational ministries invest in training and conferences for leadership (and all staff!). I can count on seeing those leaders I admire most at conferences, because they are always learning, never content to say, “I’ve got it now.”

Here’s an observation: At conferences, I’ve heard some good, long-term leaders tell me, “I don’t get much out of conferences anymore. It’s always the same thing.” Like I said, they are good.

But I’ll hear great leaders at the same conferences tell me, “I just went to a workshop on . . . and it was amazing!” Great leaders keep learning—they are never content to do things the same way. They bring their experience to new ideas, ready to change if necessary.

Transformational ministries lean toward making sure salary is never an issue for leaders and staff. They understand, if you have a good leader, someone else will see that person’s value and want to hire them away. They don’t let that happen.

Instead of stopping with salary surveys (which are important), leading ministries use surveys as a starting point to build on. These ministries would rather be trend-setters than trend-followers when it comes to investing in employees.

Every great leader and staff member must know, “What is the measure of my success?” Transformational ministries make sure goals and objectives are measurable and reasonable, agreed upon by both the board and the key employee, or by the leader and staff member. If everyone works together during this process, we eliminate frustration over expectations, freeing everyone to accomplish a giant mission.

Keep an eye on time off

Great leaders may work a lot of hours at times. But, great leaders who stay long term know when to say, “When.” They take time off to recharge regularly, not letting the next big thing get in the way of family and outside interests.

Board members of transformational ministries ask good questions to make sure the leader isn’t getting caught going round and round on the hamster wheel of activity.

The bottom line? Transformational ministries think long-term when deciding upon and investing in leaders. They think less about avoiding the next crisis, thinking instead, “Where do we want to be in ten years?”

Tweet This: Transformational ministries think long-term when deciding upon and investing in leaders.

The result? The leader is given the time to learn, to grow through experience, then to pass this experience on to others, building a transformational ministry which—with a solid plan of succession--can thrive even after the long-term leader passes the mantle on to the next leader.

At a time when some of us are trying to figure out how to get through this crisis, let’s remember to think in terms of “transformational.” Because soon, this pandemic will pass. And the need for transformational ministries will only grow.