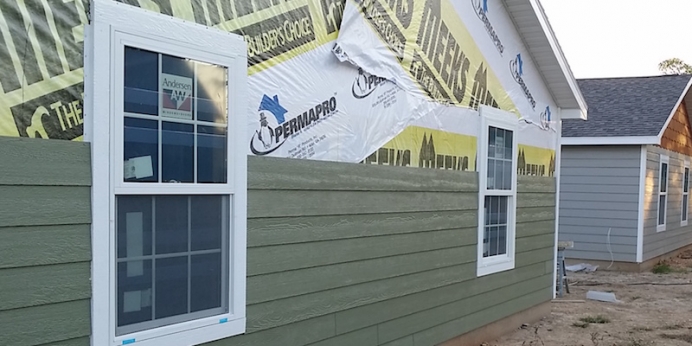 Since serving its first client in 1990, Pregnancy Support Center in Lebanon, Mo., has been an organization on the move.

Founded and led over its first 15 years by current Alliance for Life of Missouri executive director Marsha Middleton, the organization has called four different locations “home,” is on its third name and is now under the leadership of its second long-tenured director.

But it wasn’t until 2005, shortly after current director Shaun Dickerson took the reigns of the organization, that Pregnancy Support Center—responding to the needs of its clients—began the new chapter of its ministry, adding maternity housing to its suite of services that includes free ultrasound.

“Primarily it was for women who didn’t have any other viable housing options,” Dickerson said. “We were encouraging them to better themselves, get their GED, continue ongoing education during the short time that they’re with us.”

With housing on the horizon, the center qualified for grant funding to remodel its facility, making space for five live-in clients at a time. At its outset, the home, “My Sister’s House,” allowed women and their newborns to have a safe place to grow accustomed to their new life.

Eventually, however, everyone needs to gain back their independence. Unfortunately for some of the new moms, leaving the maternity home meant returning to a living situation that was harmful to their progress and future success.

As they had when it was time to expand to housing in the first place, Dickerson and his team began exploring ways to respond better to the needs of their clients.

“We discovered that there was some more funding out there that we could possibility qualify for,” Dickerson said. “As we were praying for what we should do, something that always came around was: 'What happens after the maternity home?' Because you can only keep a mom and her baby for so long before they are needing to raise that child in their own home instead of everyone around them with advice.

“A larger percentage of clients who went back to where they had come from didn’t get farther in life. They found themselves back in the same place. Out of that we wanted to create an environment that would encourage them and press them to try harder.”

Mary Peterson, Housing Specialist for Heartbeat International, says that welcoming women into longer term housing allows for a greater impact on their lives.

“You’re working with such complicated issues in their lives, such as trauma, addiction, education, and employment,” Peterson explained. “Those things are really hard to change. So having long term stays is really to the benefit of the mom. The long-term impact of sobriety, education, work, that’s when those longer stays start to impact the overall well-being of women. The deep life changes that have to happen. Change is really hard. When they’re doing the deep work of increasing their education in order to make really deep and lasting change, women need a longer stay.”

Dickerson and his team searched for housing opportunities that would provide a structured, but independent environment. Their research showed that a woman who was able to save up some money while having her own space to raise their child—in addition to the opportunities to work and go to school—flourished. It was these women who returned to college, started their careers, and were able to lift themselves out of poverty.

Pregnancy Support Center decided to move forward with Project Thrive, creating a long-term housing option for their clients. In January 2014, they were approved for a grant through the Missouri Department of Economic Development to build 10 housing units. The units are currently under construction.

A woman who qualifies for Project Thrive needs to have a plan of action. She needs to have a desire to get out of a cycle of poverty and improve her life. Dickerson says that while a government system can tend to set these moms up to live off the system long-term, Project Thrive rewards them for earning money and getting an education.

“We want them to get to a healthy spot, so they don’t find themselves in the same situation again,” Dickerson said. “Healthy in financial, mental and emotional areas of life. If she can learn to stand on her own two feet, that’s a good thing.”

Tweet This: "We want them to get to a healthy spot, so they don't find themselves in the same situation again." #prolife @NMHC @NancyKFlanders

One client Pregnancy Support Center has helped was able to continue her college education while operating a small daycare out of her apartment. Another new mom was able to finish college courses, allowing her to begin nursing school. She will be an LPN by the end of the year.

A third woman was able to secure employment and funnel her money into paying off fines from some past mistakes, which helped her to break free from the system.

“If they don’t have that breathing room, it gets overwhelming,” Dickerson said. “If there’s no relief from that, it’s easy to get overwhelmed and depressed and right back into the same situation.”

Peterson believes Dickerson and Pregnancy Support Center point to a larger the trend across the country, where maternity homes are considering longer and long stays.

“It’s an exciting new development,” she said. “Typically maternity centers were stand-alone. To have both [pregnancy center and maternity home] under the same umbrella is an exciting dimension.”

Dickerson says the organization’s re-envisioned approach has been a perfect fit for serving women and families in its small community of just over 14,000 an hour northeast of Springfield.

“That’s probably the biggest thing,” Dickerson said. “We’re from a small town, so there’s a lot of ongoing personal relationship with the girls among staff and volunteers. That support network of being there just works really well. We tell the girls, ‘We have a limited amount of time that we can help you. Use us as much as you can during that time, but you have to be working this.’

“We have to create momentum so when they leave us, they can keep that momentum going.”